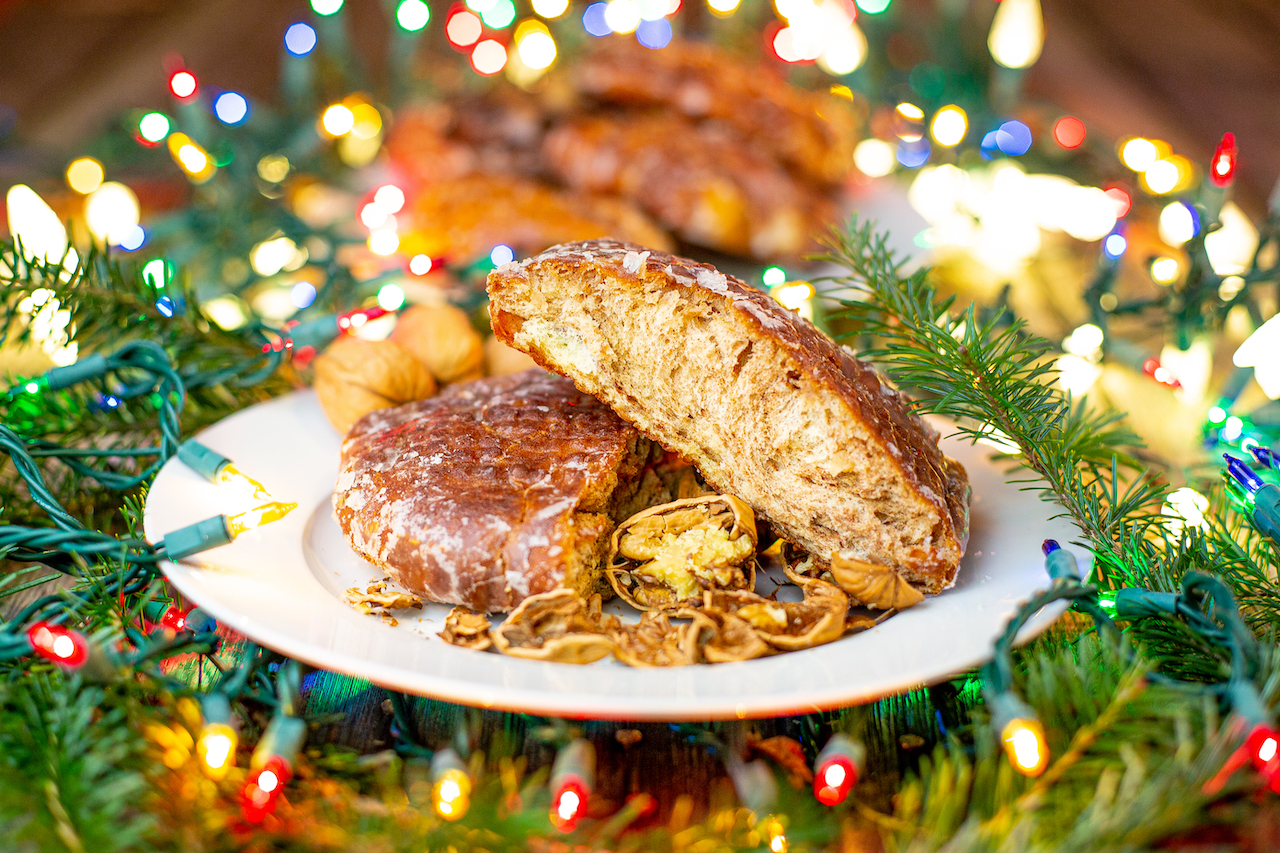 On a cloud: The Florentine returns to Columbus as cloud kitchen and other restaurant news

Regular doughnuts routinely get all the love, and to an extent, we get it. They look very tempting; sometimes they’re even flashy. Between frosting colors, outlandish flavors, and eye-catching toppings, there’s an almost endless variety to choose from.

Then we have the cousin to the mighty doughnut. Don’t be fooled by their plain Jane appearance—when you’re really in the mood to go all in, there’s nothing better than a fritter. The pinnacle of indulgence, fritters stand head and shoulders above other already-rich baked treats in terms of decadence.

By definition, a fritter is simply pieces of food (an apple, for example) surrounded by or dipped into batter and deep-fried. But we don’t think this really does them justice, and culturally they’ve become something else: bigger, badder–and oftentimes a lot better–than regular doughnuts.

Here’s our list of the best fritters in Columbus. You might want to loosen your belt by a notch or two before you check them out; you’re going to need the room.

Maybe it’s due to the out-of-the-way location (south of downtown on Lockbourne Rd.), or it might be the unassuming exterior, but Golden Donuts & Diner remains relatively unknown, even among Columbus foodies. I’m here to put this nonsense to rest though, because you should know about it.

Charming interior aside–this former Jolly Pirate Donuts location feels like it was plucked from the 1970s in all the best ways–Golden Donuts has all the ingredients to become an under-the-radar favorite for hordes of breakfast-loving Ohioans.

Not only are these fritters generously sized and perfectly sweet and decadent (the nooks and crannies on its surface actually allow more icing to collect than in others), the price on them feels like it comes from the ‘70s as well: they cost only $1. Yes, you read that right.

In a world where a single dollar bill most times can’t even buy a bottle of water, this feels like a historically good deal for a massive pastry that’s prepared just right. It’s the best deal on our list, and one you should be taking advantage of. Like now.

There aren’t many more iconic OSU storefronts than the Buckeye Donuts campus location. Situated in the heart of High St., you can’t miss this spot, complete with its antique neon signage and wonderfully-throwback interior.

First opened in 1969 by Greek immigrants George Barouxis, Jim Barouxis, and George Sauter, the original Buckeye Donuts was, strangely enough, also a former Jolly Pirate Donuts location. More than just doughnuts, this 24-hour spot–often a late night beacon for students on the weekend–features all-day breakfast, diner style (with hot breakfast sandwiches and combination plates), in addition to lunch items that highlight the spot’s Greek history, with a wide variety of hand-cut gyros (such as the classic, falafel gyro, and Philly cheesesteak), starting at $4.99.

But now let’s talk about what we’re really here for: their apple fritter. You’ll know which one is the fritter after just a glance, because this thing is quite literally twice the size of most of the doughnuts. They’re the largest fritter on our list, and they take that title with ease. These giants are nearly as wide as a regular dinner plate, and they’re each three to four inches tall, featuring chunks of apple, cinnamon, and of course a generous glaze coating. At $1.85 a piece, this one’s another unbelievable value.

Note: As a point of clarification, there is a Buckeye Donuts located just a few miles south of this one at 1363 S. High St., but the two are no longer affiliated. While this location makes great donuts in its own right, we’re talking about the campus spot here.

As you’ve probably noticed, our first two spots began by taking over the storefronts of former Jolly Pirate Donuts locations. And we’re inclined to think that Jolly Pirate is so ubiquitous for a pretty good reason: they’re fantastic.

A small doughnut chain with independently-owned shops that’s based right here in Columbus since they first opened in the 1960s, Jolly Pirate has a handful of locations in central Ohio and nearby states like Kentucky and West Virginia. Currently, there are three Jolly Pirate spots in the greater Columbus area in Grove City, Reynoldsburg (the original), and a third in nearby Newark.

And if there’s only one fritter from this list I’m able to eat for the rest of my life, it’s going to be this one. According to owners of the Grove City location Amy and Steven Rinehart, their fritter recipe–which still relies on workers hand-weighing ingredients and hand-frying each pastry–has remained unchanged since the 1960s when the chain first launched.

Even though all the others are also fantastic, there’s something special happening here. And while it may not be the best-looking of the bunch, it’s not a beauty pageant, and these huge decadent fritters, especially when warm, come off so wonderfully sweet and rich that they almost remind me of freshly-fried funnel cake. At only $1.55 each, they’re just as sweet of a deal.

This Grandview spot, whose name stands for Donut Kitchen Diner, is tucked away off the neighborhood’s main thoroughfare, so it might be another one you haven’t heard of, but it’s also another one you should know about.

Stacey Miller has owned DK Diner for the past 30 years. Her son, Anthony Teny, serves as general manager. Today, the diner offers a menu featuring breakfast plates and sandwiches, and the establishment has a full liquor license.

According to Teny’s brother, Van Miller, who was born the same year DK Diner was purchased and grew up alongside it, the spot has become a longtime favorite for many throughout Grandview and beyond.

Something other than a loyal customer base that hasn’t changed with the diner? Its original fritter recipe.

These apple fritters are the most expensive on our list at $3.50 each, but they’re still worth every penny, and it’s noticeable that these pastries feature a bit more culinary flair than the rest of the list, with premium ingredients to boot.

While chunks of fruit adorn the tops of these fritters (and are tastefully portioned throughout it as well), waves of cocoa and cinnamon are swirled throughout the pastry and apparent from the first bite, elevating the usually no-frills fritter into a delicious and surprisingly gourmet treat.

Perched on the border between Upper Arlington and Columbus proper, HoneyDip Donuts & Diner may be a bit out of the way for downtown residents, but denizens of the area know this cozy spot well.

And they should, since it’s been serving residents for almost five decades.

The inside of HoneyDip is worth a trip alone, as it feels like the cozy small-town eatery you’ve been searching for, only it’s a stone throw from campus. This well-lit, throwback interior space lets you pick from a classic line of stool-top diner seating as well as tables.

You can choose from a wide variety of breakfast and lunch items, as well as any number of doughnuts. And then, of course, there are the fritters. Beautifully deep brown with a thick coating of glaze, they hit all the notes you want. They’re robust and sweet, but manage to strike a wonderful balance between richness and an interestingly light, flaky texture not seen in other fritters on our list. And did we mention that these apple fritters are only $1.30 each? That makes them some of the cheapest we’ve found as well.