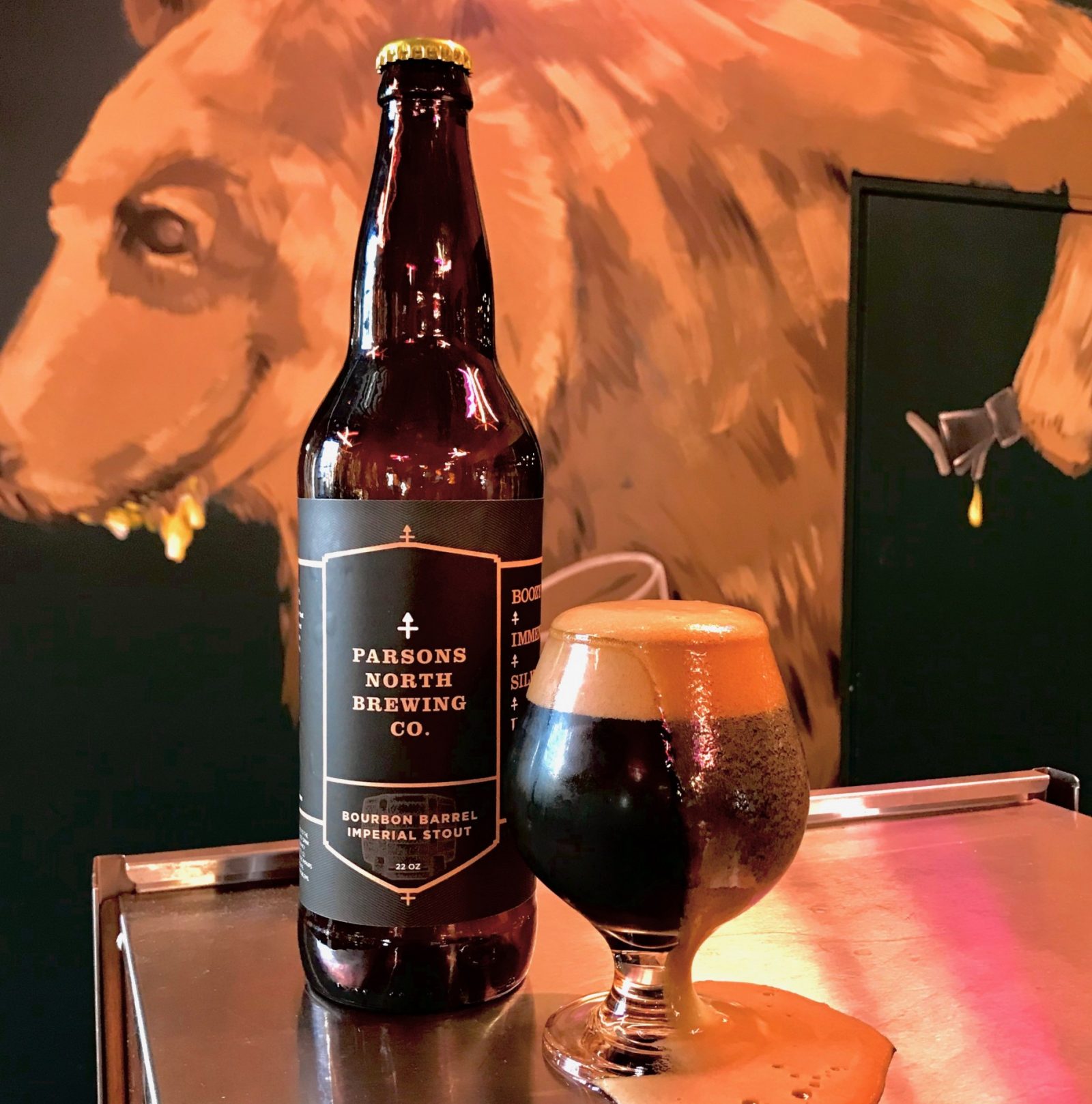 Columbus is a great city for beer, and it’s an even better one for stout. And while tried and true favorites like Dire Wolf from Wolf’s Ridge or Columbus Brewing’s Melk won’t fail you as go-to stalwarts, up-and-comers Parsons North just released an imperial stout that may give them all a run for their money.

True to the brewery’s sleek, stripped-down branding, the beer is simply known as Bourbon Barrel Imperial Stout, presented in an unadorned black bottle with not much more than its name.

“That’s kind of our thing; it’s called what it is,” said Parsons North co-owner Nathan Klein, “Adding too much extra takes away from the beer and the experience.”

And if you’re a fan of big stouts, this one hits all the notes you’d want–a rich and roasty malt sweetness is present enough to not be overpowered by the vanilla, oak, and soft fruit notes imparted by the Watershed bourbon barrels the beer ages in for three months. This stout achieves the balance in flavor so many strive for and miss.

And while the 11% ABV might frighten some, its full body and rich sweetness hide the alcohol well. Also, according to head brewer and co-owner Seth Draeger, the addition of flaked barley and wheat create a smooth, silky body that serves this beer and its drinkability extraordinarily well.

Bourbon Barrel Imperial Stout is crafted mostly from the same recipe that head brewer and co-owner Seth Draeger used to win the 2015 Barley’s homebrewing competition. And while it’s been brewed before since Parsons North opened in early 2019, this year marks the first time the brewery has bottled the beer, which is packaged in 22-ounce bomber-style bottles. It was distributed to a select number of bottle shops and grocery stores for the beer’s release in October, although Klein believes many of these have already sold out.

It’s currently still available for purchase in bottles and on draft at the Parsons North Taproom.

According to Klein, the benefits of having Bourbon Barrel Imperial Stout in bottle format go beyond making carry-out purchases simpler.

“This is a great candidate for aging. We plan to keep a few bottles in the cellar to see how they taste in a year or more,” he said.

Many big-bodied, high ABV beers develop an even greater depth of flavor as they age, and imperial stouts are one of the most popular beer styles for cellaring.

So whether you’re going to grab a bottle fresh or let it sit for a year, do yourself a favor and get some before they’re gone.