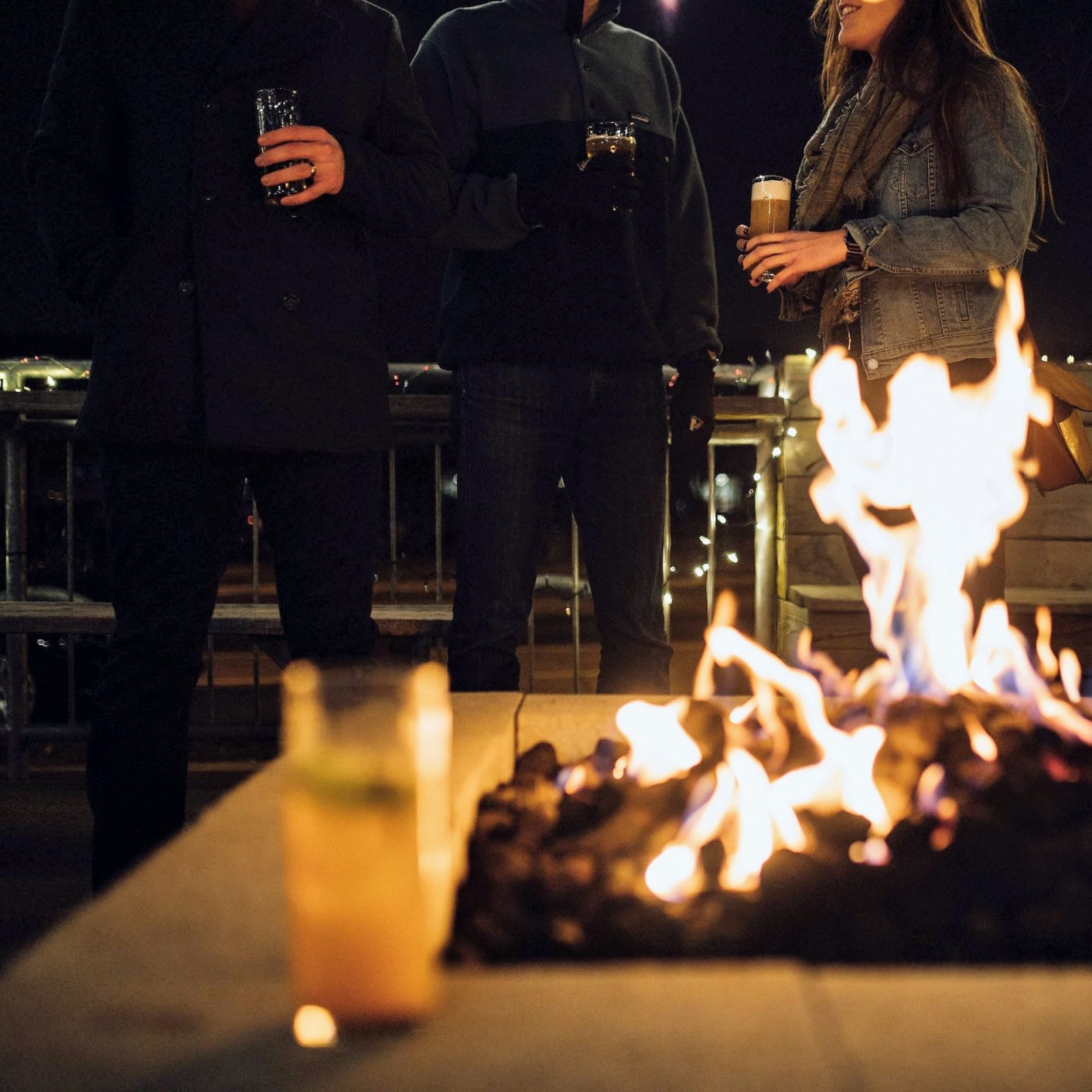 A debate much less civil than an ice cream social

For those who can’t stand the summer heat, this recent influx of fall weather is most likely a welcome relief. And while the cooler weather does signal all the traditionally-loved trappings of autumn have arrived, it brings with it a potential issue for Columbus restaurants and bars: balancing the increased need for outdoor seating due to COVID-19 with colder weather that has some wanting to head indoors.

One of the city’s top taco eateries, Condado, is known in part for a chic, expansive outdoor seating area nestled between buildings at their Short North location. Like many local restaurants, Canando has invested in a fleet of upright patio heaters.

“We have some portable outdoor heaters that we’re putting on the patio. I haven’t seen them in action yet, but I think they put out a lot of heat,” said a manager of the eatery’s Short North location, who did not want to be named. “I’m sure we’ll play it by ear for when we’ll start using them—it’ll be a day to day thing.”

Likewise, the city’s Cameron Mitchell Restaurant Group, one of the largest in Columbus, will utilize patio heaters, but they also have other heating methods queued up for outdoors diners, according to Amberlyn Heiney, a regional Manager for the group.

“For example, some properties, such as Lincoln Social and The Barn at Rocky Fork, have built in heaters. Some locations require outdoor standing heaters, while others have fire pits available. It’s whatever works for each property,” she said.

And if the prospect of having dinner or a drink beside an outdoor fire sounds wonderful, get ready for lots of local options. The taproom for new Worthington brewery Spire’s Social is offering two large outdoor gas fireplaces that will—in addition to standing heaters—add an additional outside element for fall patrons.

Antiques on High, the German Village taproom focusing on sour ales, wild ales, and hazy hop-forward beers, combines rooftop service with a beautiful outdoor patio (alongside an additional one on the building’s indoor lower level). “We have our gas fireplace up there, roaring along during colder weather, and we overhead electric heaters as well,” said owner Collin Castore.

Another interesting touch the location boasts is a plexiglass panel system to cover and keep their rooftop patio warm. However, in order to keep things at a cooler, more festive temperature, Castore said the establishment plans to leave portions of this open. “We’ll probably be leaving a few panels down for a little more airflow. We want it to be like sweater weather in there,” he said.

And while many local venues are embracing the bonfire aesthetic this fall, some Columbus venues boasting fireplaces have had to set theirs aside for the time being. Castore’s sister brewery to Antiques on High is Seventh Son Brewing which boasts a spacious adjoining patio and a set of fireplaces that have quickly become iconic to the space. However, they won’t be letting it burn during the colder months, said Castore.

Starting this Summer, the establishment installed a series of tents to accommodate more outdoor seating and to protect patrons from inclement weather. Because these will remain in place throughout the fall, the fire pits are temporarily out of commission for safety reasons.

But that’s not to say Seventh Son won’t be getting creative with things as well.

Soon, Castore said, the brewery will be installing tent walls to keep customers warm with the help of outdoor heaters. But like Antiques on High, they’re still letting guests enjoy some refreshing fall air.

“We’re going to play it by ear; maybe roll up part of the tent flaps and open the windows to increase airflow, while keeping the heat going,” Castore said. “Again, sweater weather is the goal.”