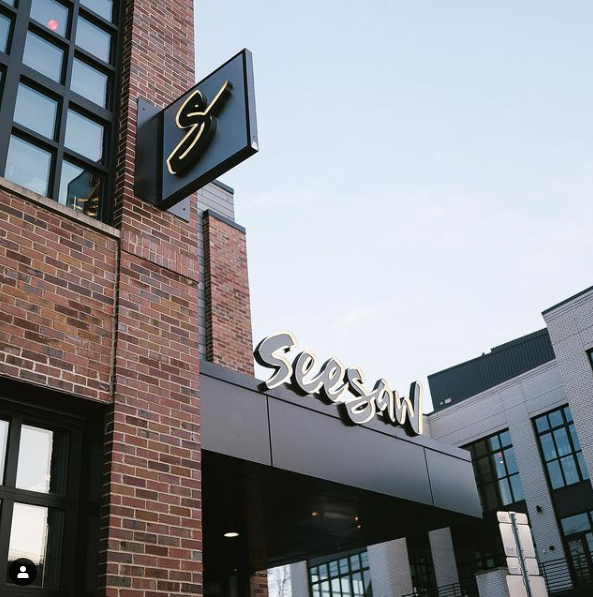 Do good deeds to earn “Doughnut Dollars” from Tupelo Doughnuts

While a lack of business forced SeeSaw Kitchen + Bar to shutter its kitchen Nov. 22, the outfit hopes to feature independent vendors in the space to be able to continue offering food for their guests.

As an independently owned restaurant and bar, Anders said, they decided to focus on providing a great food experience for patrons while also bringing business to other small, independent businesses.

Independent vendors like caterers and food trucks are struggling for business now, Anders said. He wants to work with some of them to operate either out in front of SeeSaw or in the kitchen with their staff.

“There are countless independently owned small businesses out here, like SeeSaw, that offer a great product but simply don’t have the business level to sustain themselves,” Anders said.

The goal, he said, is to start partnering with vendors on a weekly basis and rotate food offerings consistently for his guests. While he has a couple of vendors he would love to have at SeeSaw, nothing specific has been nailed down as of today’s story.

Once vendors are identified, they’ll be announced via social media, Anders said.

In the meantime, independent vendors can reach out to Anders via [email protected] or @seesawcbus.

“With our audiences being depleted, it’s imperative we collaborate with one another to broaden our individual audiences and expose them to new, fun, like-minded concepts. It’s a win-win for all involved, in the most difficult time in our industry’s history.”