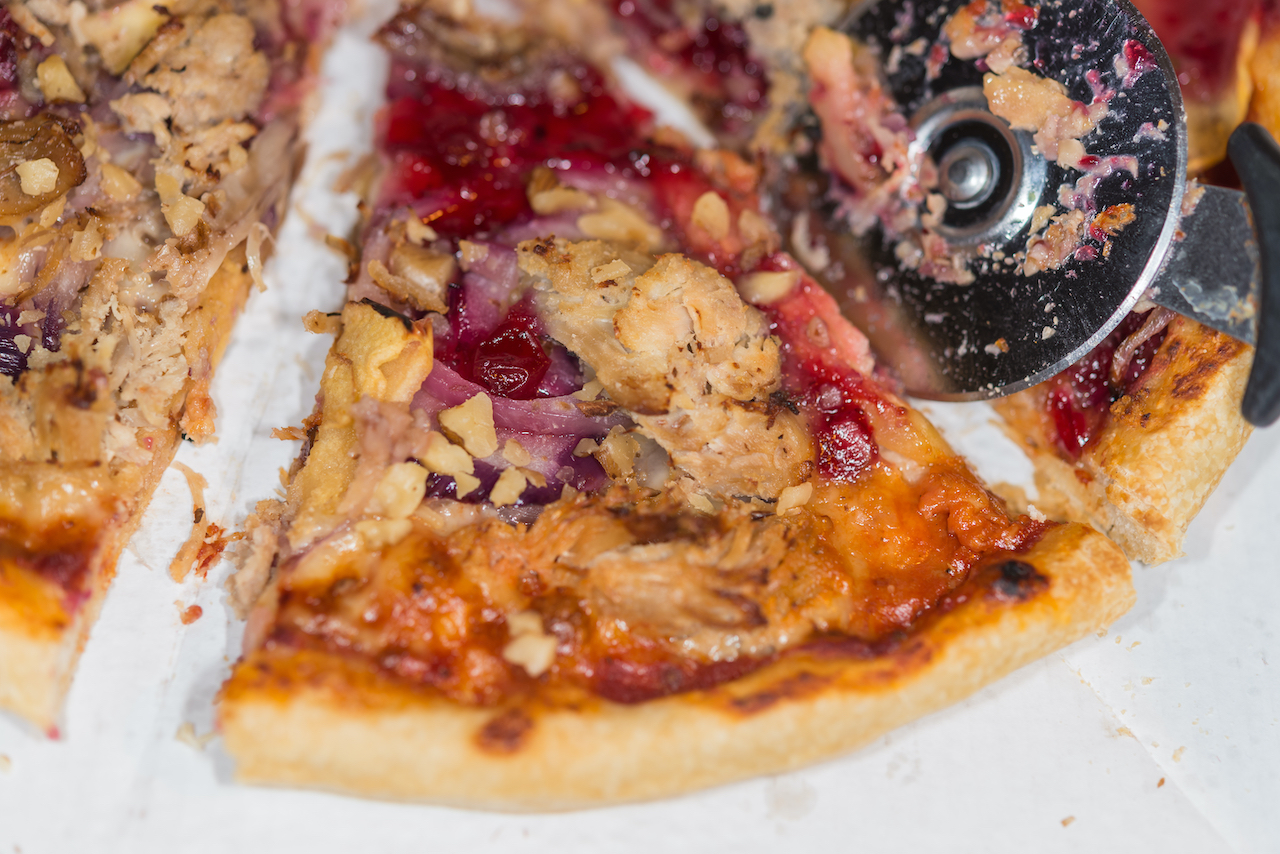 We all scream for ice cream (delivery): Jeni’s teams with goPuff to offer delicious delivery

Yes, you read that right. But if you’re a diehard fan (like so many in the Columbus area are), it’s likely you already know what I’m talking about: Mikey’s Late Night Slice has released this year’s version of The Gobbler.

This pizza—one that we’re immensely thankful for—combines the best parts of Thanksgiving dinner, all offered on top of the much loved New York-style pizza.

“We love the gobbler, it’s been a tradition for us to have a Thanksgiving-themed pizza for quite a while now: it’s been around for about ten years,” said Ronon Minner, general manager of the Mikey’s Late Night Slice at 457 N. High St.

A fun—and delicious—new twist to this year’s Gobbler is the addition of smoked turkey from the venerable Ray Ray’s Hog Pit. According to Minner, while Mikey’s has collaborated with Ray Ray’s in years prior, last year’s pizza didn’t contain this upgrade, making the 2020 version extra special, and a must-try for Columbus pizza lovers.

And if The Gobbler sounds good to you, make sure to act fast. Mikey’s is only offering the seasonal pie between Nov. 16-29, or until supplies run out.

“We get a lot of people who come in here specifically for that pizza,” said Minner. “They know when it’s Thanksgiving, it’s time for The Gobbler.”