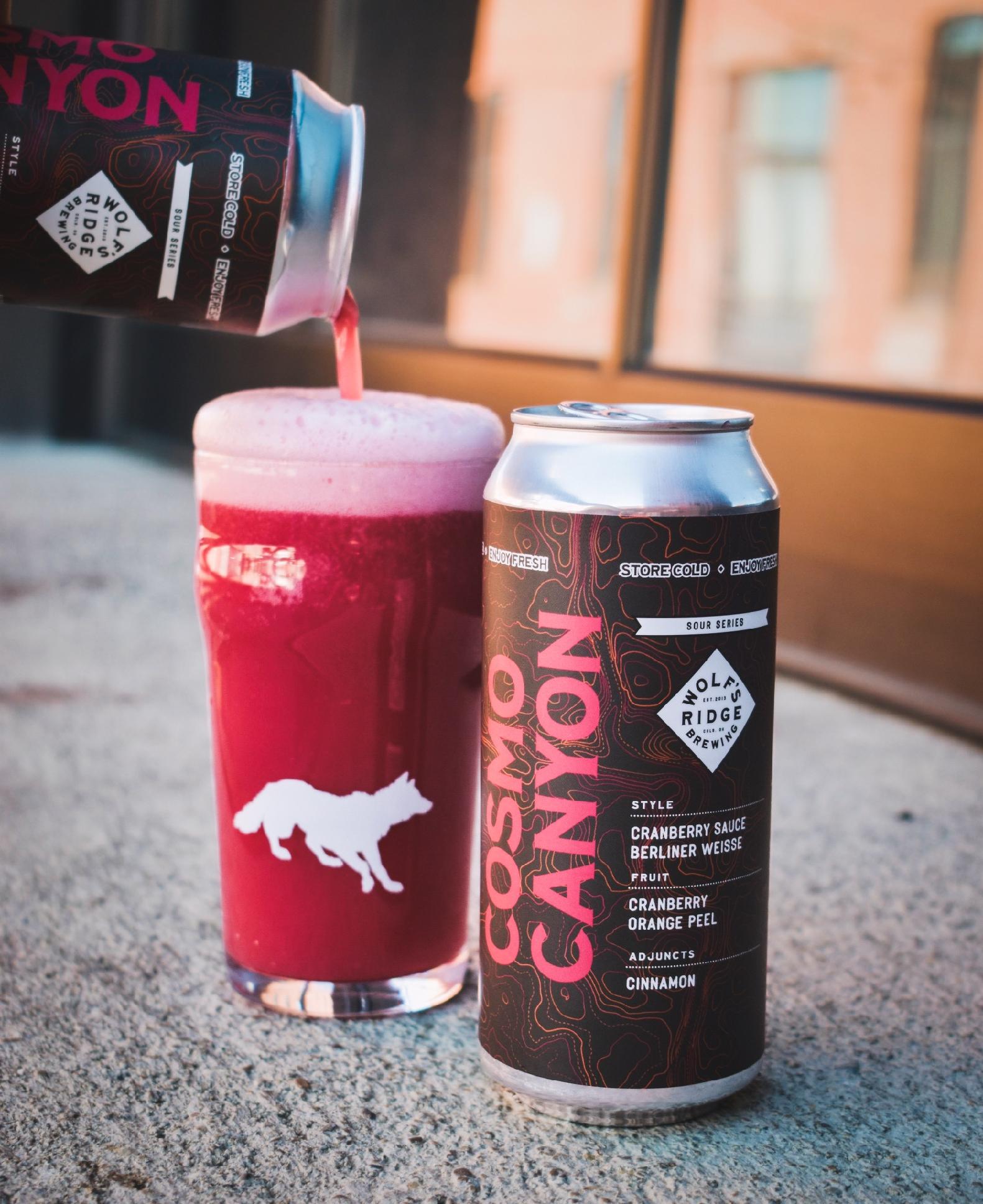 For many folks—count me among them—craft beer is an integral part of Thanksgiving dinner. It just feels right to have a nice hearty porter with your turkey and gravy.

This year, Wolf’s Ridge Brewing is taking things up a notch, releasing a Thanksgiving-centric beer that you can quite literally pair with your stuffing and mashed potatoes.

Berliner Weisse is a style of sour German beer traditionally brewed with wheat. Generally refreshingly tart and easy-drinking, the style often sees the addition of fruit or fruit flavors as a natural complement.

“Cranberry sauce is usually pretty tart, and adding actual cranberries worked well,” said Chris Davison, head Brewer at Wolf’s Ridge. “Also, a lot of people put fruit in their cranberry sauce, so orange peel felt like a good combination. It takes a little bit of the edge off.”

And while you may not notice the addition of cinnamon to Cosmo Canyon unless you knew it was there, Davison says it plays a critical role in the flavor profile of the beer as well. “There’s just a hint of cinnamon; it’s probably not in most cranberry sauce recipes, but here it’s more of a balancing act. Most people won’t smell it, but it adds a savory undertone that brings everything together.”

Cosmo Canyon is available in 4-packs of 16-ounce cans. It can be purchased for carryout at the Wolf’s Ridge taproom (215 N. 4th St.), and will likely be stocked at many craft beer and bottle shops across the city, although Davison did warn that many larger grocery store chains (excluding certain Whole Foods and Giant Eagle Market District locations) likely won’t carry the beer, as it’s considered a specialty offering.

And for fans of Wolf’s Ridge, make sure to keep your eyes peeled for the brewery’s slate of additional seasonal beers.

“In the past, we would usually shy away from winter holidays beers,” said Davison. “But this year, partially because people want something new and partially because cans and bottles are selling so well, we have a lot of them available.”

The brewery’s list of holiday beers includes “Cosmo Canyon”; “Home for the Holidays”, a winter warmer; and “Impish or Admirable?”, a winter lager.