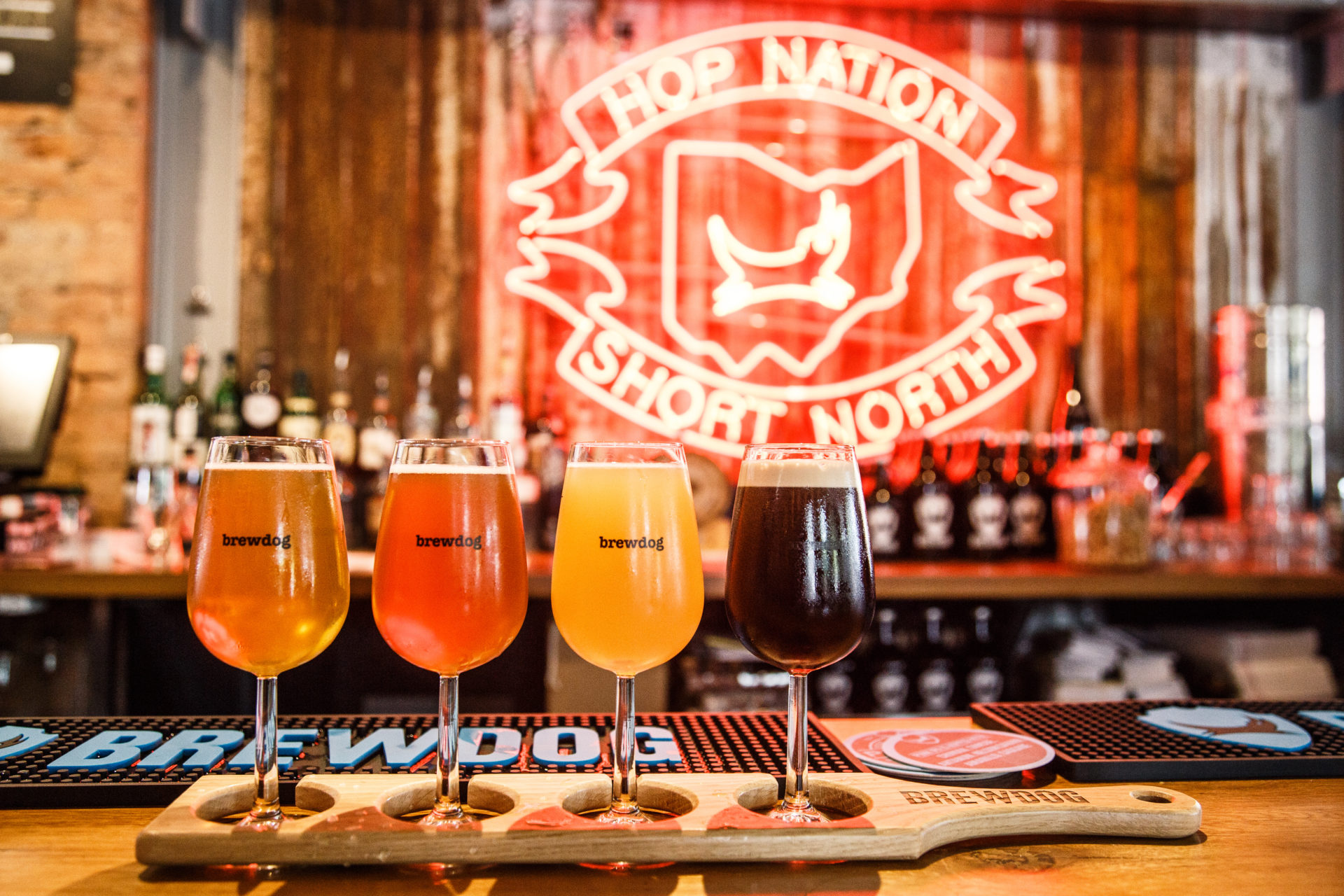 Another happy business union has just opened, and we are totally on board–BrewDog has paired with Brown Bag Deli to step up the offerings at their Short North taproom.

When Brewdog first opened their Short North location just over two years ago, they had originally planned to make it a spot diners and craft beer drinkers could convene to grab a beer as well as Brewdog original pizza. However, the presence of some well-established Columbus pizzerias in their vicinity made Brewdog realize they’d have to make a pivot with their dining choices.

“The reality was that we opened with Pauli’s Gee’s a few buildings away and Mikey’s a block and a half down the street, and they make an incredible product,” said Jon Quick, head of Brewdog retail. “We were playing with different concept ideas for a long time to see what might work, and then we started thinking about bringing in another operator.”

On everyone’s shortlist of options that weren’t offered in the Short North area was Brown Bag Deli, which has served the city for 16 years, but only out of its original German Village location.

The companies connected in May, and after hammering out a mutually beneficial deal, construction began on renovations to make the space suitable for the needs of Brown Bag Deli.

“To have a fully operational commercial kitchen just dropped in your lap like that, it’s a unicorn, it doesn’t happen. It’s fantastic,” said Brown Bag Deli owner Molly Pesich.

According to Quick, not much work was needed, so the idea moved from concept to reality in short order. Brewdog simply removed their Italian pizza oven, installed a benchtop grill, and a panini press, and the entire project was completed in roughly six weeks.

The new kitchen opened on Oct. 15 and has been serving made to order Brown Bag sandwiches ever since. Guests are able to purchase food through Brewdog servers, and can also use a building entrance specific to Brown Bag to buy food from the deli directly.

Either way, the same food is served, and both parties have raved about how positive and streamlined the process has been.

“Our employees and theirs have merged so fluidly,” said Pesich. “It’s a team.”

And even though Brown Bag Deli had operated exclusively out of its German Village locale before this partnership, Pesich says the recent move is an exciting step forward for the eatery, and one they’ve wanted to make for some time.

“This is such a cool way for us to be able to open a second location, and it’s great that we’ve had so much support from their team,” she said.

And it appears the collaborative location is a hit among everyone involved as well.

“To be honest, we couldn’t have even guessed it would work out this well. We love Molly and love what she’s done; Brown Bag is a generational spot. We knew that kind of following would come, but from day one we haven’t had a single issue. And everyone is excited,” Quick said. “Brewdog guests are over the moon, and Brown Bag guests are super excited about Brewdog too.”