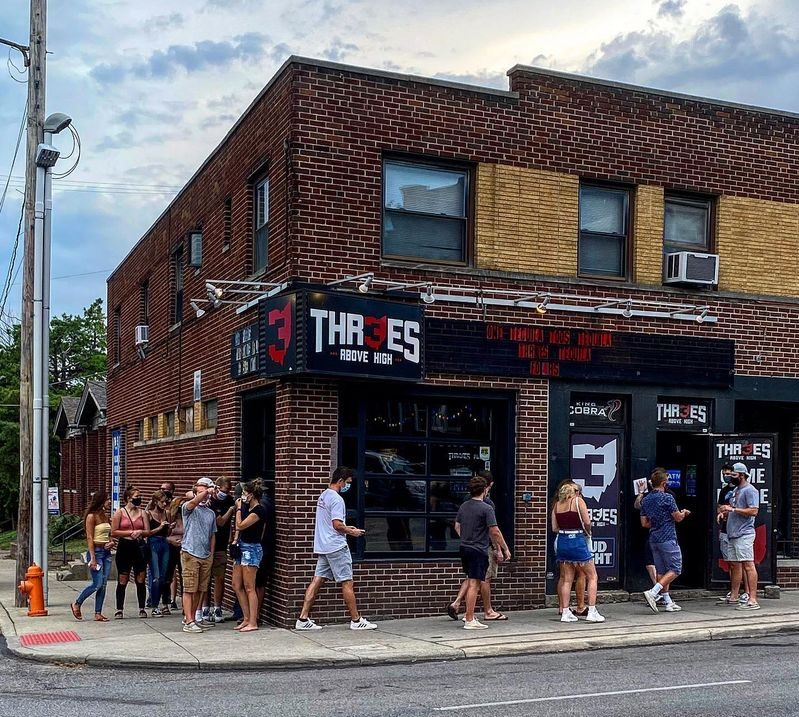 With the Big Ten’s decision to reinstate fall football starting Oct. 24, some sports bars are breathing a sigh of relief, while others see it as a moot point, or possibly even a headache.

Threes Above High, a popular campus dive bar, has been vocal about the raw deal bars were given by COVID-19 regulations. For owner Scott Ellsworth, football coming back provides a rare piece of good news during a season of struggle.

Ellsworth has been hosting “fake game days” each Saturday at his bar, opening at noon with live music and encouraging guests to dress in their Buckeye gear, albeit with militant adherence to COVID-19 guidelines.

Although the bar has already been fully booked up for his faux-football celebrations, he is confident that the excitement of a real game will draw in even more revenue. He is considering expanding into the Threes parking lot to increase capacity, thanks to new city regulations.

Ellsworth is also excited for the vibrance that games will bring back to the campus community as a whole. Other campus locations aren’t as optimistic.

“Seeing as how we have to operate under the guidelines of making sure that we are following all the standards set forth by Ohio Health, football doesn’t really change anything for anybody’s business model and probably shouldn’t, seeing as how capacity is still reduced, social distance has to be enforced,” said Chang Song, entertainment manager for A&R Creative Group, which owns campus bars Ethyl & Tank and Midway, among other establishments.

Song said he is excited for the student body and the campus community, but the return of football will have little effect on bars that are already operating at (a heavily reduced) full capacity. He worries that it will provide more difficulties than opportunities for bars.

“Imagine it’s a scheduled night game. You have an entire bar full. Kickoff is at seven o’clock. 11 o’clock or 10 o’clock rolls around. We have to cut service and have to remove everybody by 11 o’clock,” Song continued. “Imagine that in the middle of the third quarter of a game against, I don’t know, Penn State. Could you imagine that riot?”

Ellsworth was not flippant about health and safety concerns, either. He lamented the customers he has been forced to turn away in recent weeks, and knows it will only increase. He implored students to wear masks and follow the simple rules to slow the spread of the virus. Still, he thinks the benefits of a football season will stretch far beyond the potential revenue.

“What we’ve all been striving for for the last seven months is just to fucking feel normal for a second,” Ellsworth said. “And I know it’s only a football game, and these are essentially some teenagers playing football, but there’s something about it in the city and on campus and in the state of Ohio that, you know, people really, really rally behind.”