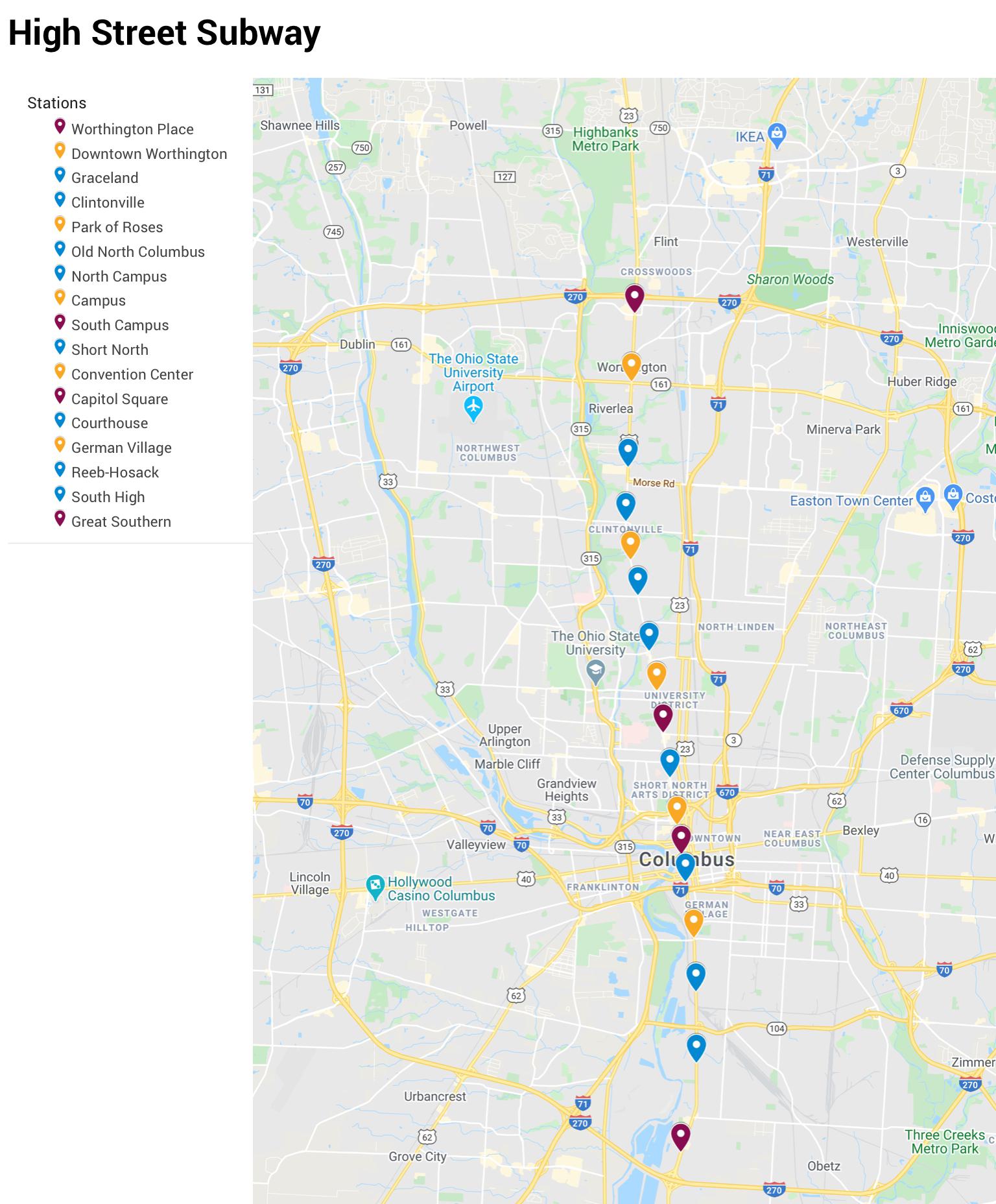 Union Station served railroad passengers in Columbus from 1850 to 1977. Two short years after, the station was razed and railways became a distant memory for Central Ohioans.

This progress is revving up the engines of residents, too, with many of them partaking in the conversation by creating their own alternative transportation maps. First, there was the “fantasy light rail map,” then the passenger rail plan. There’s even a group dedicated exclusively to improving Columbus transit.

Now, a “dream 15.7-mile High Street Subway” map has cropped up on Reddit.

What do you think the future of Columbus transportation will hold?