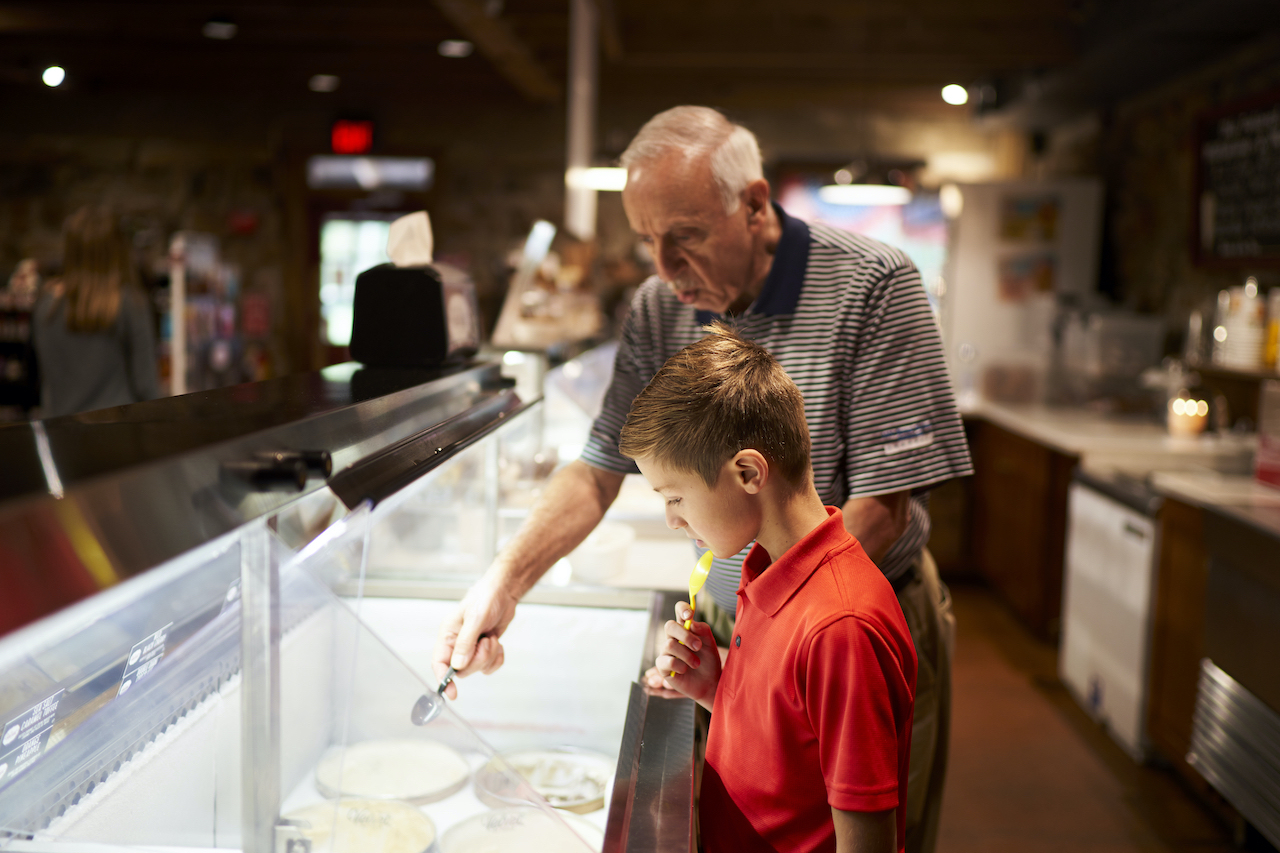 Moustache Movember is here, and we’ll drink to that

Among the candidates to be the next president of Velvet Ice Cream is someone who, due to a now-resolved dairy allergy, had never tasted ice cream before this summer.

“It’s cold,” he said, describing his favorite part of the experience of trying the frozen treat for the first time.

Gabe Frey may have expanded more on the thought, but he is, after all, only eight years old.

Velvet Ice Cream has been family-owned since its founding in 1914, and Frey is part of a fifth generation that is believed will take over the company when the time comes.

“We always felt so sad because we were always sitting around eating ice cream, and he couldn’t have any,” said Gabe’s aunt and current Velvet Ice Cream president Luconda Dager. “We felt like we were leaving him out, especially when it’s our own product.”

Before his allergist retested him and discovered he had outgrown the condition, it was particularly hard on Frey, because it’s rare for the family to have anything other than ice cream for dessert.

“We might pair it with something, you know, like a brownie or a cookie,” said Dager. “Ice cream is always the core dessert. The kids love to make milkshakes.”

Luconda Dager took over the day-to-day running of the company in 2009 from her father, now chairman Joe Dager. Prior to that, she made more than her fair share of milkshakes in Utica, Ohio, at the ice cream store located in the Velvet Ice Cream headquarters, also known as Ye Olde Mill.

“We learned the business from the bottom up,” Luconda said.

Starting at 13, she was washing dishes in the kitchen. Then she graduated to working “the line,” which is how the family refers to scooping ice cream for customers. “There was a whole progression.”

Her progress toward becoming president at Velvet included a detour from Ohio. For three years she learned valuable lessons about balancing budgets and negotiating when she worked as a buyer in the fashion industry in New York. She returned to Utica in 1994.

“There’s something that always draws you back home,” she said.

After that, she still needed to learn more aspects of the ice cream-making business, so she spent time in every department, including more than a year working in the factory where the product is manufactured.

That’s how she knows a little bit about how to prepare the eight of Joe Dager’s grandkids, ages 8-to-17, who have expressed at least some interest in establishing careers in the family business.

Many have not only taken advantage of the chances they have been granted to serve in various positions at the Mill, but have recruited their friends as well.

“I had a couple work in the kitchen, and then some worked on the line with me,” said 15-year-old Megan Sheehan, Luconda’s niece.

Sheehan particularly enjoyed making sundaes, although she admitted there was a learning curve. Fortunately, she pointed out, screwed up looking sundaes still taste good.

If it turns out sundaes aren’t in her future, marketing might be. Luconda explained that Velvet’s heirs-apparent have had some excellent thoughts about making their Instagram account more “fun.”

It is at this point that her 16-year-old daughter Lauren Ashcraft interrupts. She had told us earlier that being able to support charity work was her favorite part of being a member of this family, and she’s now charitably proving that the younger generation has not been shy about supplying input.

“I’ve told you what you need to do,” Lauren said with a smile.

Luconda’s reply suggests Lauren has made more than one suggestion over the years, and she should be more specific.

“You need to put little jars at the tables, so people can write down their ideas,” she answered.

Lauren’s aunt, Joanne, would be the one to put that idea into practice, because she’s the family member who, as vice president, focuses on the visitors’ experience for the approximately 150,000 people who stop by Ye Olde Mill each year—at least before this year.

The drop in sales from tourists visiting after the COVID-19 pandemic struck has been offset by sales to grocery markets and convenience stores. With homebound Ohioans craving sweets, the company only needed to do a small restructuring, and they were able to retain all but five employees.

For the exceptionally close family, what has made 2020 especially hard has been the long stretches of time during the lockdown when they had to stay apart. Easter, for instance, was celebrated over Zoom.

And even more than Ye Olde Mill, there’s no place Joe Dager’s grandchildren enjoy spending time more than grandpa’s basement. Besides being a place where they all gather, there’s something homey about it. There’s a really old television set there, and during their childhood, Joe’s daughters drew hearts and initials of their crushes on the wall—illustrations that still remain.

That those reminders linger is funny because Luconda and Joanne maintain there’s never been a rivalry between them or their two other sisters (who now have careers outside Velvet) over who would get to put the title of president on their business cards—but boys were another matter.

There seems to be very little sense of rivalry among the fifth generation as well. When asked, they almost universally accede that 17-year-old Riley Sheehan seems most likely to inherit the job.

They talk over each other and sound as if they’re recounting a board meeting where the unofficial vote has taken place.

“I’ve been around it so much, I’ve just grown a more loving-passion for it,” Riley finally said.

He’s held a number of different roles with the organization already. He’s savvy enough that, when asked his favorite flavor, he also mentions the new red velvet ice cream he thinks you should try. He’s considering going to Cincinnati, Dayton, or Miami University, or the University of Tampa Florida for college. He asks Luconda the most questions about the direction Velvet is taking. He might even be the grandchild to get the best grades.

(Riley demures on this, saying that honor probably goes to his cousin, Michael Sarap. Indeed, Michael is clever enough to joke when asked if he’s an introvert, “No, I just don’t talk much.”)

Riley is also the oldest. However, don’t rule out the executive potential of the youngest member of this generation.

Gabe Frey went through the Ye Old Mill inventory, sampling a number of Velvet Ice Cream flavors on the day when we spoke to him, and birthday cake was a particular favorite. That seems appropriate for someone taste-testing ice cream for the first time when they belong to a family born to make it.