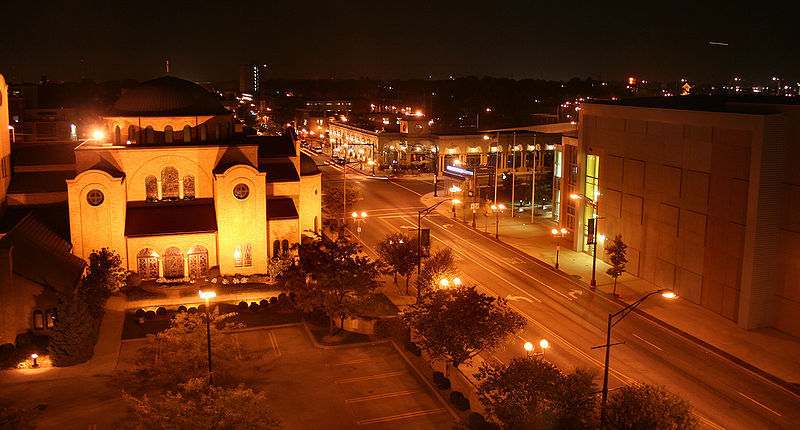 As COVID-19 cases throughout the state of Ohio continue to spike, Governor Mike DeWine reissued a state-wide mask order for business on Nov. 11. Doubling down on these efforts to reduce the spread of the virus, DeWine announced Tuesday the implementation of a statewide curfew for all Ohioans between 10 p.m. and 5 a.m., effective beginning Thursday. All businesses must remain closed during these hours as well.

“We’re going to try it for 21 days and see how we’re doing,” the governor said. “We believe that this is going to help.”

And while local business owners like Nathan Klein of Parsons North Brewing Company do hope this move will help to flatten the curve, they’re often left facing an uphill battle due to COVID and related restrictions.

“I understand where they’re coming from, and the curfew seems like a reasonable idea to reduce informal gatherings, but it’s tough,” said Klein. “Our capacity is reduced, our hours are reduced, and I don’t have extra money to be spending on compliance.”

Klein noted that the brewery may have to adjust its hours (closing at 9 p.m. instead of 10 p.m.) to allow patrons to make it home before curfew, although they haven’t made any final decisions yet.

Parsons North, like many Ohio companies, is a new business (they first opened on Dec. 21, 2018), and Klein believes these owners will be hit the hardest by the constantly shifting procedures and regulations.

“For a lot of us, it’s death by 1,000 cuts. I know several places where if they close down again, they probably won’t be opening back up,” he said. “Not to say that we’re aren’t going to figure out a way through this, it’s just in a lot of cases I can’t fault business for throwing in the towel.”

Molly Pesich, owner of the Brown Bag Delicatessen, also noted the challenges of operating new businesses under COVID restrictions. While the original Brown Bag Deli is a mainstay in German Village, they recently opened a new location inside the BrewDog Short North taproom as part of a partnership with the brewery.

“In German Village, we’ve gone to 100% online and takeout. It’s been that way since the spring. But it’s different in the Short North. More of the business is dine-in and you’re just finding— particularly this week—we’ve really felt a shift where people are just not coming out after the Governor spoke,” Pesich said. “We’re definitely operating with a fraction of what the normal business would be.”

In order to work around these challenges, Pesich noted Brown Bag has been attempting to find new ways to engage customers, such as implementing a full Thanksgiving menu.

“We’re finding ourselves having to think outside the box,” she said. “Customers aren’t as easily able to get to us, even if they’re right there, plus there are no meetings, and a lot of people aren’t working from offices, which affects catering. It’s just a whole new landscape, and it’s constantly changing.”

Stay tuned to 614now.com for more information on COVID and restaurant and bar openings.