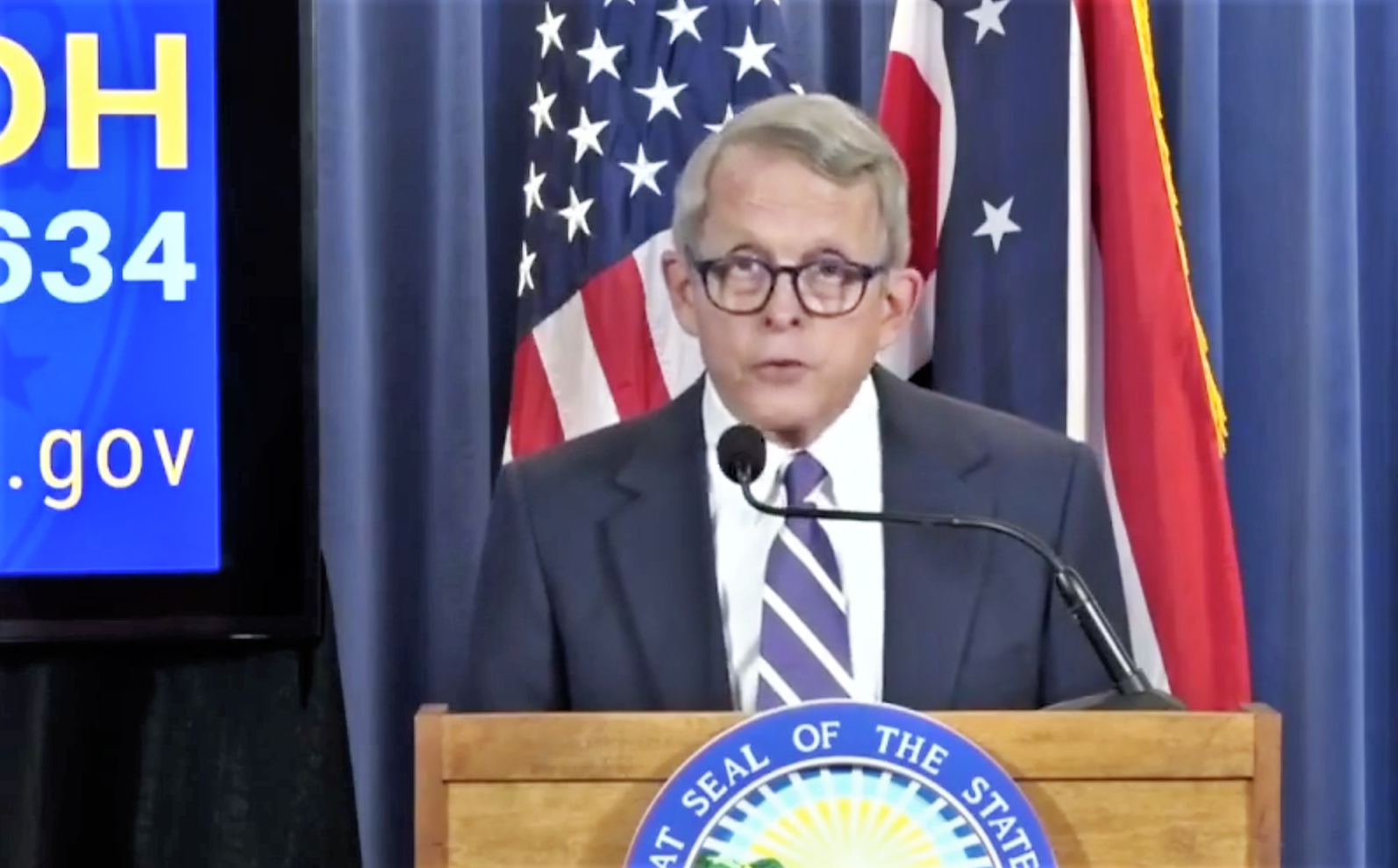 SOUND OFF parents, in this back-to-school survey

UPDATE: At their emergency meeting Friday, the Ohio Liquor Control Commission approved the measure, and it now awaits the governor’s signature.

Ohio Gov. Mike DeWine, during his weekly press conference, asked for the Ohio Liquor Control Commission to consider enacting an emergency rule that would forbid the sale of alcohol at licensed establishments after 10 p.m.

Consumption of alcohol could continue until 11 p.m. and the restrictions wouldn’t apply to carryout orders.

DeWine said he was responding to the fact that of the state’s ten highest daily totals of new COVID-19 cases, nine have occurred in the past three weeks, and today’s total of 1,733 cases is the highest to date.

With the release of the latest numbers, Franklin county remained on a high red-alert. There were still no counties in Ohio at the highest, purple level of alarm, but DeWine said 44% of Ohio residents live in a red county.

DeWine also announced that the Ohio Pharmacy Board had responded to his request that they reverse their earlier decision on hydroxychloroquine. Previously, the board had prohibited the selling or dispensing of the drug for the purposes of treating COVID-19.

When asked about the possibility of postponing the Nov. 3 election, as President Donald Trump had suggested Thursday, DeWine said he didn’t see a need for that.

Finally, DeWine said he is eager to work with Ohio’s new speaker of the House after lawmakers removed Larry Householder from that position Thursday morning.