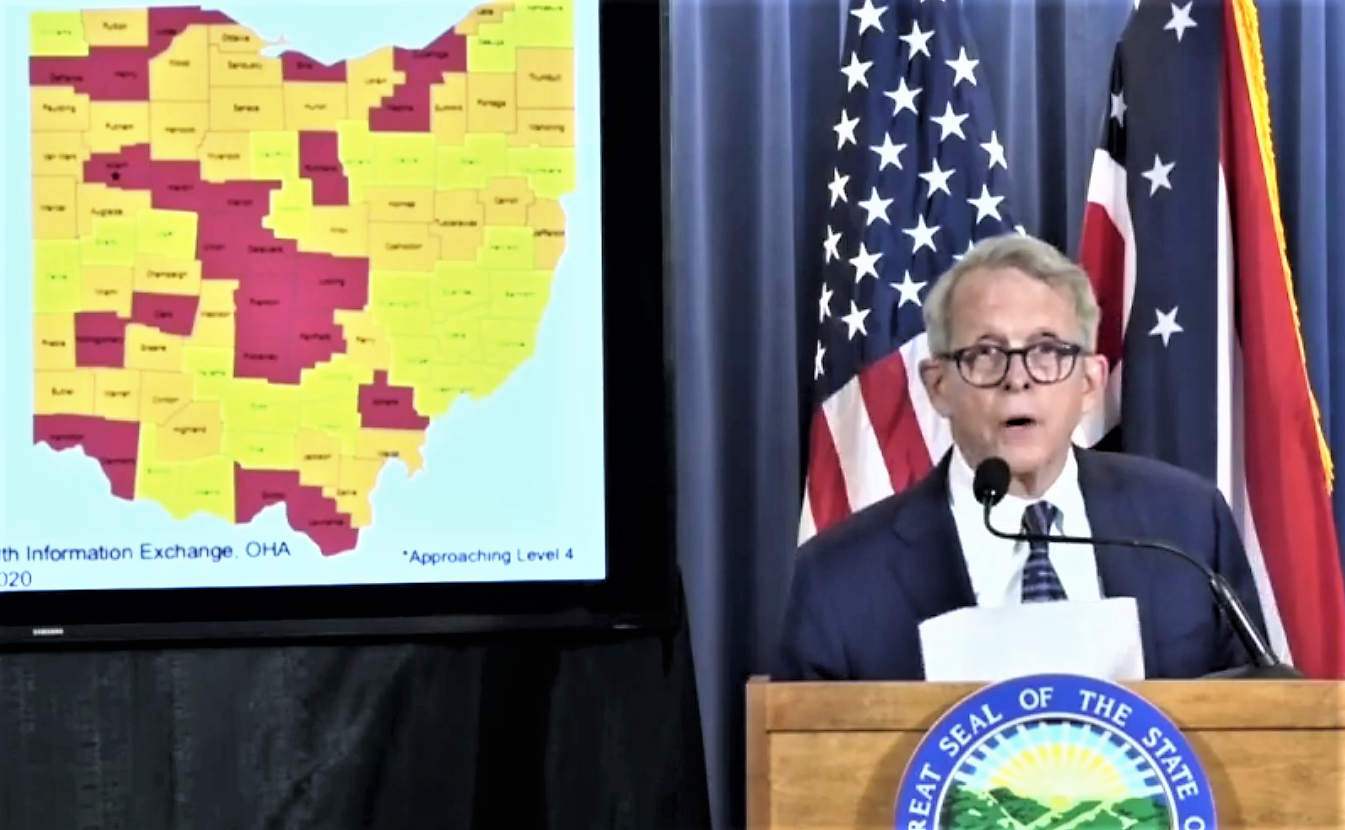 At his weekly COVID-19 update, Ohio Gov. Mike DeWine said eight new counties were now on high, red alert for virus spread. Allen County was being watched, because of the possibility that they will soon move to purple status, the most severe level of DeWine’s color-coded warning system.

Franklin County remained one of 24 total counties in red with more than 225 cases of coronavirus per 100,000 residents. That actually represents an improvement in the area’s numbers, a fact that DeWine attributed to increased mask usage.

To aid with that, the Columbus Recreation and Parks Department will be giving out free masks to residents during their Free Produce Markets through the end of September.

As of Thursday, the Department of Health says 3,256 Ohioans have died from the coronavirus.

DeWine addressed House Bill 6. Although he said he stands behind the policy of supporting nuclear energy, he thinks HB6 needs to be repealed and replaced, because the process by which it went into law “stinks.” Earlier this week, Ohio Speaker Larry Householder was arrested on charges he accepted bribes to pass the bill into law. DeWine has called for Householder’s resignation, but Householder told reporters Tuesday he had no plans to do so.

Asked about reports that the federal government would be sending agents to Cleveland, as part of “Operation Legend,” a more than $61 million government program to hire new police officers and federal law enforcement, DeWine said he has been in communication with Mayor Frank Jackson of Cleveland, and there is no current concern that could lead to clashes like Americans have seen in Portland.