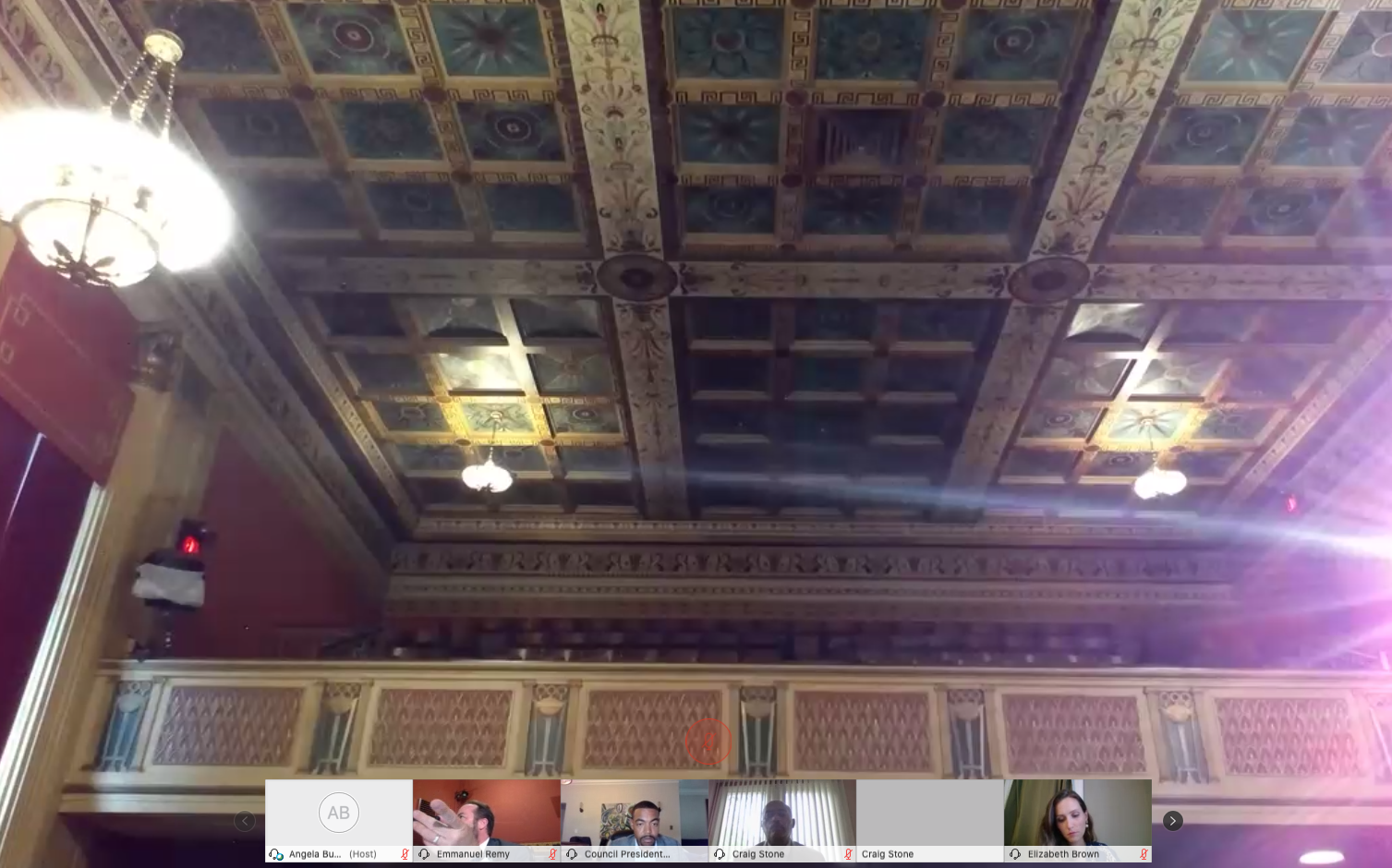 Update: Columbus City Council passed legislation on Monday that approved a vote for an independent civilian review board and the establishment of the Department of the Inspector General on the Nov. 3 ballot. Legislation to update the purchasing code of Columbus police and for stricter background checks on Columbus police was also passed.

Columbus City Council held a joint hearing to discuss the ongoing Reimagining Public Safety legislative package, which will have a final vote on the legislation on Monday, July 27.

Before Council gave the floor to Columbus residents to speak before councilmembers, a four-part, 90-minute discussion was held around multiple topics that have been discussed in public hearings in recent weeks.

Those topics included a background on the charter amendment to develop a civilian review board and Department of Inspector General, the demilitarization of police, reimagining hate group background checks, and updated legislation on no-knock warrants and raids.

Councilmember Rob Dorans spoke on the charter amendment and expressed a deep need for “fair and independent” investigations. It was also outlined that there would be an odd number of members on the civilian review board, which will also be made up of a representative of the diverse communities of Columbus.

The Department of the Inspector General will consist of an inspector general, one or more investigators, administrative support staff, and a civilian police review board. The inspector general will be appointed by a two-thirds vote and will serve for five years. Council expects this to go into effect sometime in December or January.

President Pro Tempore Elizabeth Brown introduced the discussion on police demilitarization. Councilmember Brown mentioned that there is a wide diversity of opinions on the matter and that together “we are all in search of a safe community for ourselves, our families, and our neighbors.”

Council President Shannon Hardin mentioned that with so many definitions of demilitarization, Columbus needs to “think what over militarized means in [their] specific community.”

Councilmember Favor mentioned that a hurdle of writing the legislation is how the city will define a hate group and affiliation with a hate group. Work will be shared in the coming days.

Lastly was Councilmember Emmanuel V. Remy, who finished up Council’s remarks with a follow-up of July 16’s hearing about tighter measures around no-knock warrants. This comes in response to the murder of Breonna Taylor, a 26-year-old Black female who was killed by the Louisville Police Department in Kentucky after serving a no-knock warrant at the wrong address.

A two-thirds vote is needed on Monday to pass the legislation, which would then be put on the ballot in November.

Guess what these Franklin Park Conservatory plants are really made of