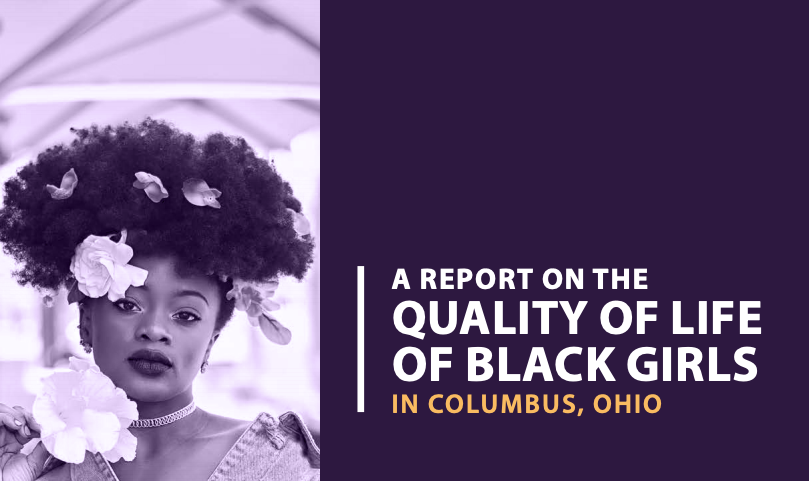 For the past two years Councilmember Priscilla Tyson, founder of the Commission on Black Girls, has been leading the charge in making sure young Black women are treated equally in Columbus. On Thursday, Councilmember Tyson, along with co-chairpersons Dr. Frederic Bertley, President and CEO of COSI, and Frances C. Frazier of Rise Sister Rise joined with other Black leaders in the community to share the commission’s findings and to discuss the next steps toward improving the life of Black girls in Columbus.

This report is said to be the first known project of its kind from a city researching the current quality of life for Black girls. Research for this study was gathered through the review of earlier work, a survey of 422 Black girls ages 11 through 22, focus groups, listening sessions, and monthly learning meetings.

The presentation began with student Mackenzie Safford talking about her personal experiences with discrimination such as people asking to touch her hair or assuming she’s an athlete.

Safford then introduced Councilmember Tyson, who originally asked for the commission to be created in order to study the quality of life of Black girls aged 11 through 22 in Columbus. Testimonies from young Black girls were given throughout the meeting, some hopeful and some fearful.

Tyson pointed out many disparities that Black women face, from income inequality (they earn 60 cents on the dollar of what white men earn) to housing insecurity (71% of evictions are single women, the majority of whom are Black).

An important portion of the research included ACE scores, which is a tally of different types of abuse, neglect, and other hallmarks of a rough childhood. Higher scores are said to put people at a higher risk for later health problems. The average ACE score for this demographic was three, with 40% of girls posting higher scores. Those with ACE scores of 4 are said to be more at risk.

The results of that survey are found in a 108-page report, which you can read here.