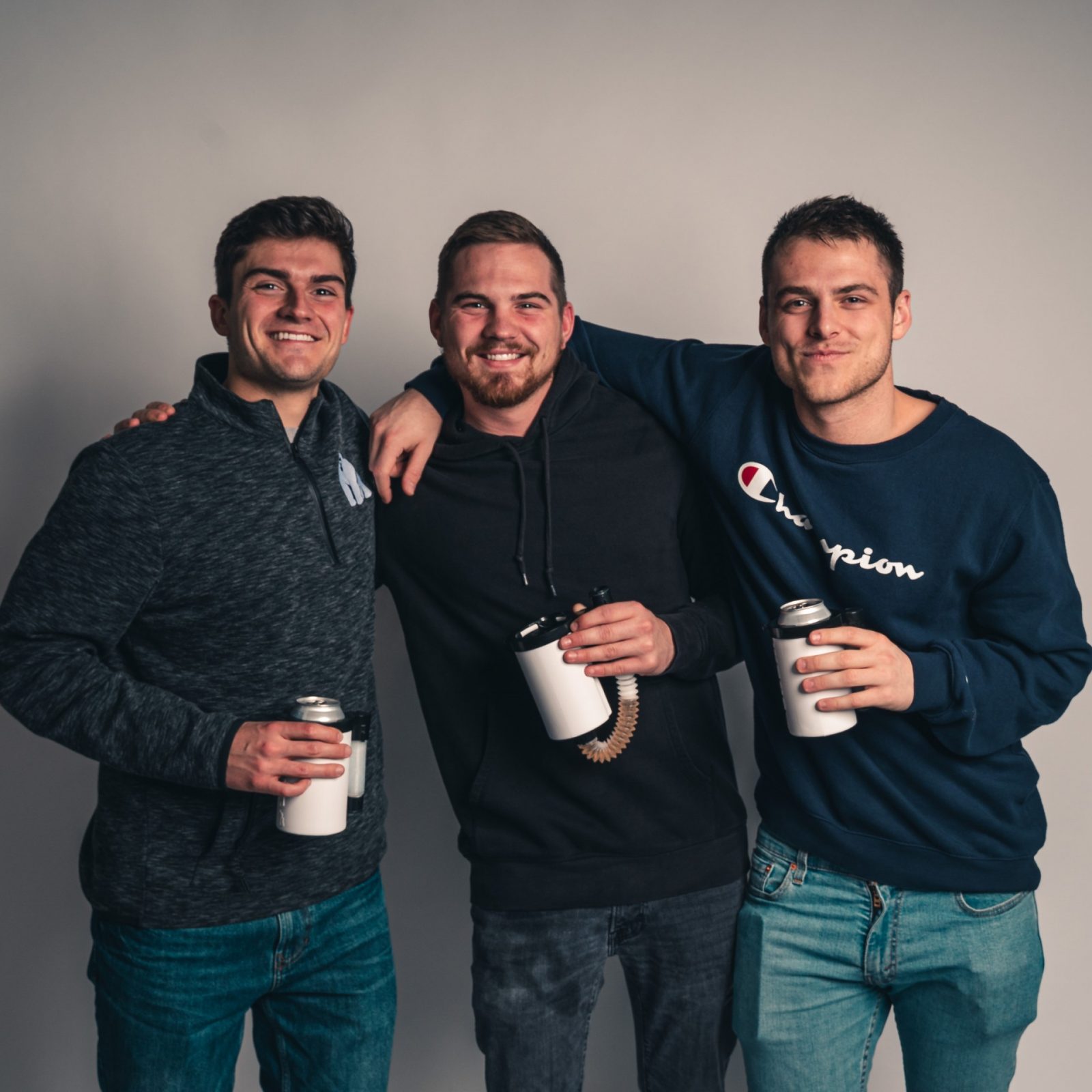 Watch out, world, Ohio is a hotbed of innovation. Just ask any one of the 20,000 customers of a recent invention: the Kong Beer Bong, a combination of can cooler and beer bong that has turned the party world upside down.

Students Tristan Mcintire and Hunter Souders came up with the idea for the Kong Beer Bong while attending The Ohio State University in 2017. Boosted by a successful Kickstarter campaign that ended in January of this year, sales have taken off with the opening of their online store.

“Nothing makes us happier than seeing videos and pictures shared of your product bringing so much joy to people. I have no idea where this company will be a year from today, but I know we will keep striving to make the good times better, and growing into the best party brand in the world.” says Co-Founder Hunter Sounders.

The plastic cooler can features a collapsible hose that attaches to its side. To “bong” a beer, the user attaches the hose to the bottom of the cooler, pours the beer in the top, and drinks from the hose. There are handy instructional videos on the Kong Beer Bong website, so almost anyone who wants to can get their kong on. The Kong even comes with an attachable lanyard so it can be carried hands-free, proving that even bros are worried about losing their favorite things..

With no plans of slowing down, the two have been doubling down on their social media presence, and have even sponsored a truck at the NASCAR truck series at Pocono Raceway.