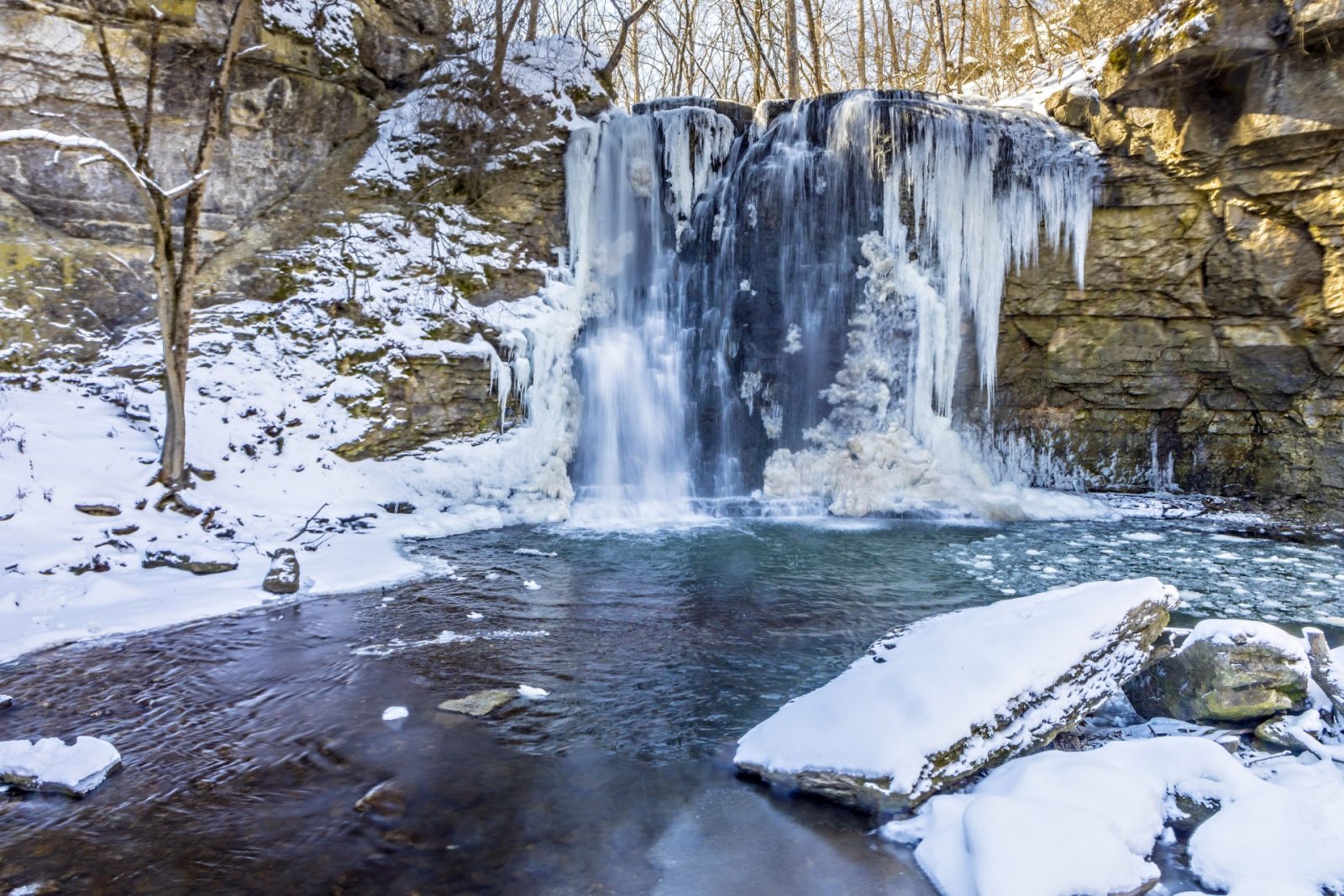 On a busy stretch of road between The Mall at Tuttle Crossing and the OSU Airport would probably not be anyone’s first guess for the location of a beautiful, 35-foot waterfall.

Believe it or not, though, that’s exactly where you can find one.

From the gravel-filled parking lot off Hayden Road, a set of wooden stairs connects to a boardwalk once it reaches Hayden Run, a small tributary of the Scioto River. Then, after a brief walk, you’ll find Hayden Falls. It’s one of the best–and best-hidden–natural wonders in the greater Columbus area.

Hayden Falls Park–which is technically located within Griggs Nature Preserve–is only two acres total, but it makes up for a lack of size with its enormous beauty. Besides its namesake waterfall, the park’s natural gorge habitat–according to the Columbus Department of Parks and Recreation–is unique to the western shore of the Scioto River. It’s also home to several rare and endangered plants.

And while anytime is a great time to take in the beauty of the falls, for an extra-special experience, try making the trek in the winter, after several days of intense cold, since Hayden Falls does occasionally freeze.

If you like this, read: Hidden Gems: Mohican State Park