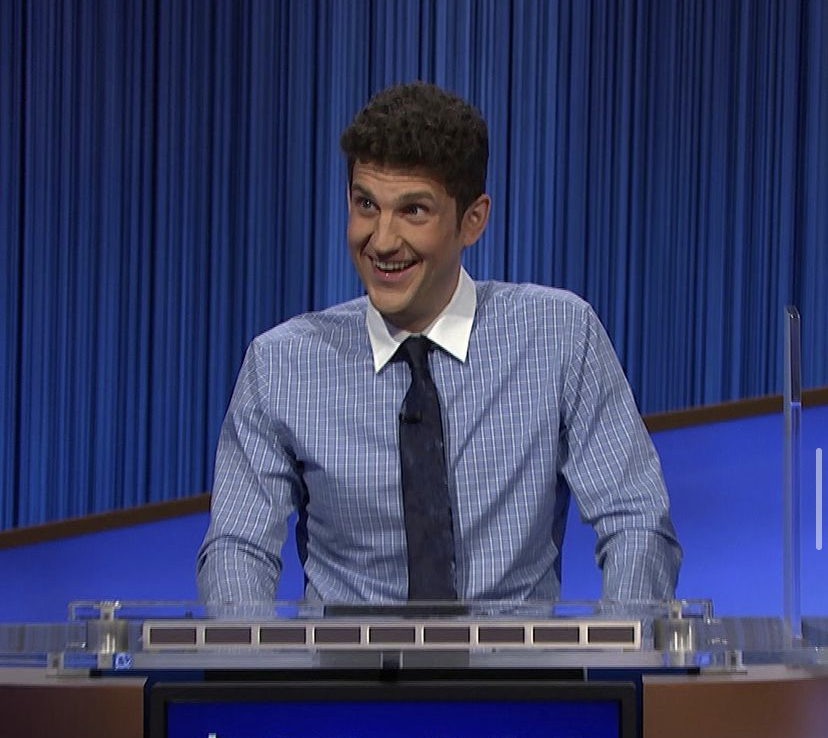 Reader Poll: Would you be in favor of a Nathan’s Famous hot dog eatery opening in Columbus?

Matt Amodio’s staggering 38-game winning streak on Jeopardy finally ended on Monday night, but chances are you won’t see him too bent out of shape about it.

That’s in large part because the Cleveland native and Yale Ph.D. student raked in a cool $1,518,601 for his efforts.

Amodio held a comfortable lead at the first commercial break with $7,400, with competitors Jonathan Fisher and Jessica Stephens holding $2,200 and $1,200, respectively. Fisher began to mount a comeback, though, and while the Ohio State grad clung to a slight lead heading into Double Jeopardy!, an incorrect answer cost him $5,000, and sent him into third place.

“Everybody’s so smart and so competent that this could happen any game,” Amodio said in a statement. “And this time it did.”

He also took to Twitter to congratulate his fellow contestants.

If you like this, read: You may recognize OSU spring graduation speaker from CNN, best-seller shelf