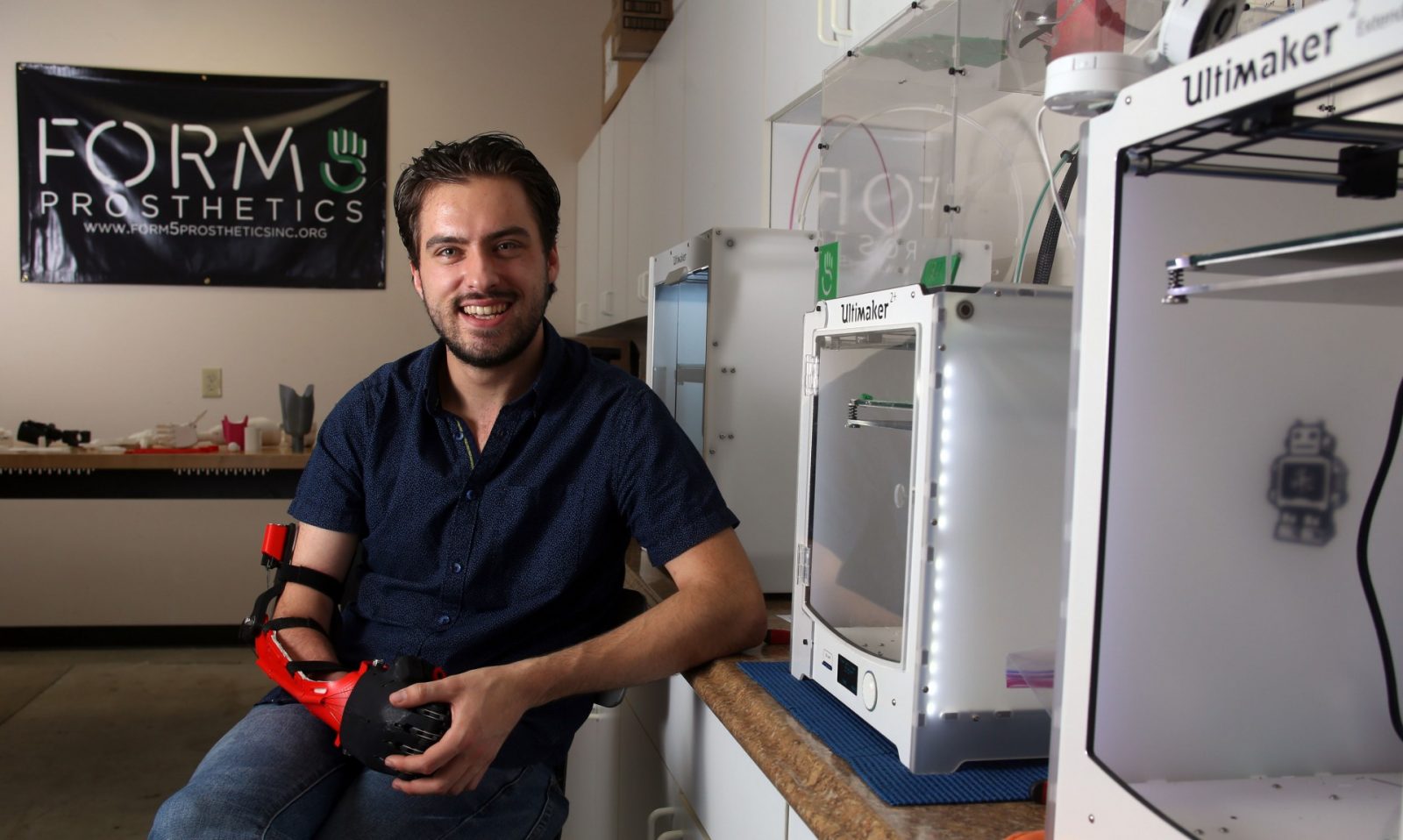 Check out everyone featured in our January Interview Issue

What did you do in high school?

Aaron Westbrook was figuring out how to make prosthetics out of 3-D printed plastic.

His interest was piqued when Westbrook looked into purchasing one. (Born without a right hand, his arm stops shortly after his elbow.)

“That’s just not something that many people could afford,” Westbrook said.

So Westbrook went about finding an affordable way to bring prosthetics to those with limb differences. More specifically, he created Form5, a nonprofit organization that facilitates the creation of customized, task-specific, upper-limb devices for activities like riding a bicycle, typing on a keyboard, or holding a fishing rod. Everything is made using plastics and 3-D printing technology.

The goal, Westbrook said, is to help those with limb differences overcome obstacles.

“It opens that door for them,” he said.

Westbrook provided his very first 3-D printed prosthetic when he was a senior at New Albany High School: Customized to look like a panda with a nose and a face, it was an upper limb prosthetic for then-7-year-old Maddie Horvath.

It was the start of Form5 as an organization.

Now, Form5 oversees the Nub Club, a networking group for people with limb differences in Central Ohio. Through that group and through networking, they’ve provided 12 people with upper-limb devices so far.

Through CoFab, an annual workshop, Form5 connects design engineering students from local universities with those with limb differences. With the help of industry professionals who act as mentors, they collaborate to create task-specific prosthetics that allow people to do more.

Starting in 2022, Westbrook said, he hopes to begin holding the workshop twice a year.

Form5 is also focusing on reaching an even broader audience. Westbrook said the next step is to streamline some of the more frequently made devices, like one for holding bicycle handlebars, and manufacture them on a larger scale.

“We’re really creating devices that have never even been thought of,” Westbrook said.

Columbus, we know you have that friend, co-worker or acquaintance who has got it. Share your suggestions for Columbus People You Should Know via [email protected].