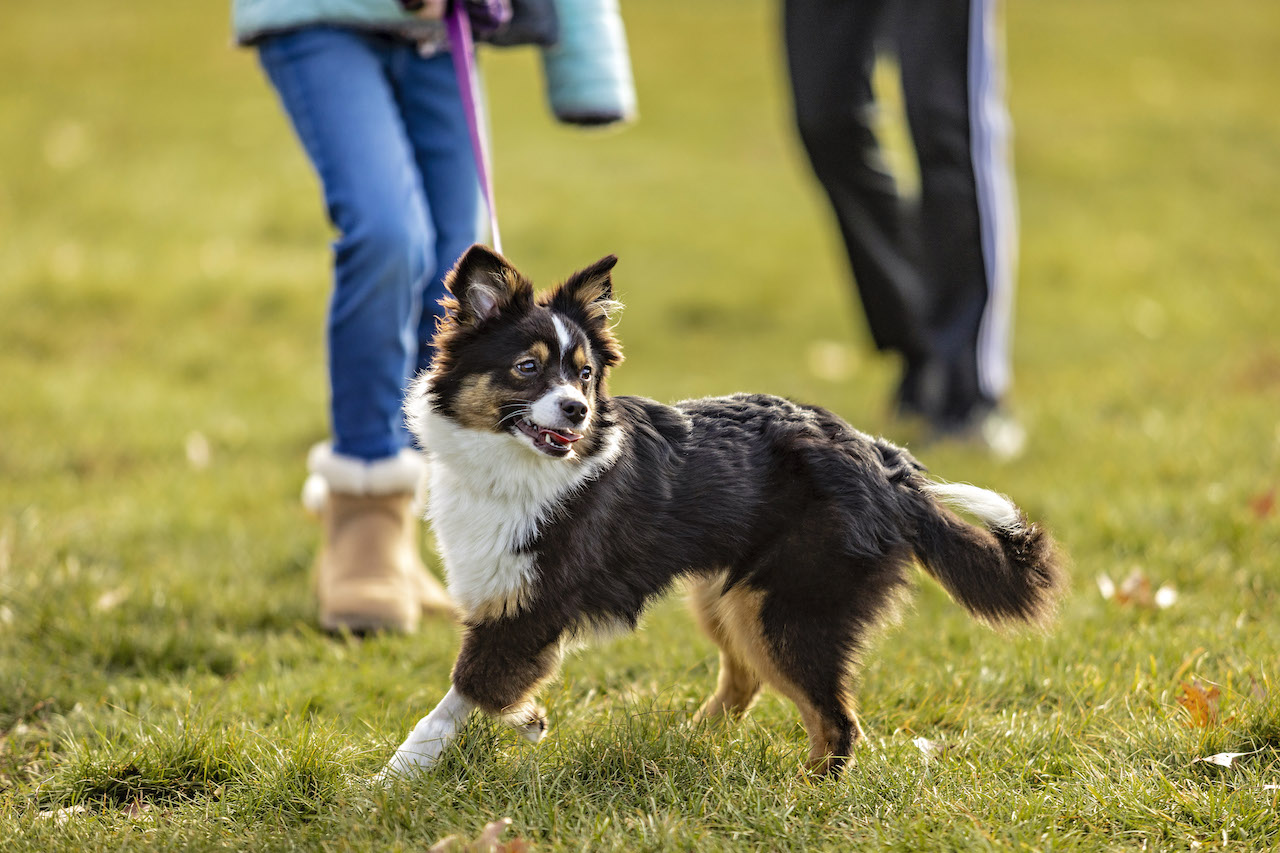 Get those Girl Scout cookies straight from your couch

When you and your partner both work at Columbus Humane, it can be difficult to avoid bringing home a rescue dog.

Sean Dundar, a Humane Agent, had been clear with his wife, Rachael Reichley—they weren’t going to be adopting one of the Australian Shepherds he helped rescue from an overcrowding situation in Reynoldsburg.

“(I said to her) under no circumstances is one of these dogs entering our house,” he explained.

A few days later, the couple had a new dog.

“She hopped right into my lap,” Dundar said of “Panda,” a female Aussie around three years old, whom he’d shared an instant connection with. “That was just kind of it.”

Panda was one of over 40 Australian Shepherds rescued Dec. 6 by Franklin County Dog Wardens, Reynoldsburg Police Department, and Columbus Humane from a home with overcrowded, unhealthy living conditions.

The Franklin County Dog Shelter took 16 of the dogs, while Columbus Humane took the remaining 29.

The dogs initially needed to be quarantined after one of them exhibited respiratory infection symptoms likely related to the Canine Distemper Virus. Once quarantine ended, Panda and the other dogs at Columbus Humane and the Franklin County Dog Shelter have all found loving homes—all except for one that’s in foster care because she gave birth to three puppies.

Mom and the three puppies will be available for adoption via Franklin County Dog Shelter in the coming weeks.

Dundar was one of the agents on-site to rescue the shepherds after Columbus Humane received a call the morning of Dec. 6 from another agency already on scene.

Dundar was familiar with the address. Columbus Humane had visited the home before when it was teetering on the edge of being overwhelmed with the dogs. This time, they learned that the dog owner had died, leaving the wife as the sole person responsible for over 40 dogs. She had placed all the dogs in carriers and, while some looked well-fed, others looked a little malnourished.

“You could tell that essentially they were just getting group fed,” Dundar said.

The dogs ranged from roughly about 10 months to six years in age. Panda, who was around three years old, earned her name after staff saw her playing with a squeaky toy of the same name. It was then that Dundar’s wife was instantly won over. Especially after Panda sat in her lap, and put her head under her chin.

“It was adorable,” Reichley said.

The couple decided to adopt her at the beginning of December, but the dogs’ quarantine meant they couldn’t officially take her home until Jan. 1.

Since then, Panda has been very attached to him and his wife, Dundar said. She’s much more social than they anticipated, running up and greeting all visitors to the home. Panda also knows how to sit, spin, stay, and is becoming familiar with her other roommates, Fifi, a female senior pit bull mix, and Mous, a male four-year-old beagle mix.

Panda is obsessed in particular with Fifi, Dundar said. They spend a lot of time together, and Mous isn’t permitted to join in on the girl time.

While Panda is acclimating to her new doggie siblings, Rue, another recently adopted Aussie, is bringing new life to a family that was grieving the loss of their previous shepherd.

Fifteen years ago, Jennifer and her family adopted Foster, or “Fozzy Bear” from the Franklin County Dog Shelter.

But recently, Foster had needed a lot of palliative care, and had gone deaf and blind. The family lost him in October. Soon after that, her kids started asking about getting another dog, Jennifer said.

Just before Christmas, she reconsidered, and began keeping an eye on shelter websites in Delaware and Franklin counties.

That month, she saw the story about the large group of Aussies that had been rescued. Still missing Foster, the story moved her.

“It felt like something kind of came alive in my heart,” she said. “There could be room for new love.”

Toward the end of December, Jennifer was able to get an appointment with Columbus Humane. When Rue, a female Aussie just over a year old, came into the room to meet Jennifer and her kids, the children’s faces lit up, Jennifer said.

Friendly, curious, and a bit cautious, Rue walked up to each one of the kids.

“It was almost like she chose us,” Jennifer said.

Jennifer talked it over with her husband, and they decided to make Rue part of the family.

Now in her new home, Rue is very affectionate, and plays with all four kids, Jennifer said. She fetches, and walks well on a leash. She’s not totally house trained yet, but she’s learning. Every morning, she wakes up the kids by climbing on them and kissing them.

Since November, the family has been quarantining out of concern for the greater public health during the pandemic, Jennifer said. She and her husband pulled their kids from activities, and put them in virtual schooling. Bringing in new life during this slow period has been amazing, she said.

“I couldn’t have asked for a more perfect dog for our family,” she said.