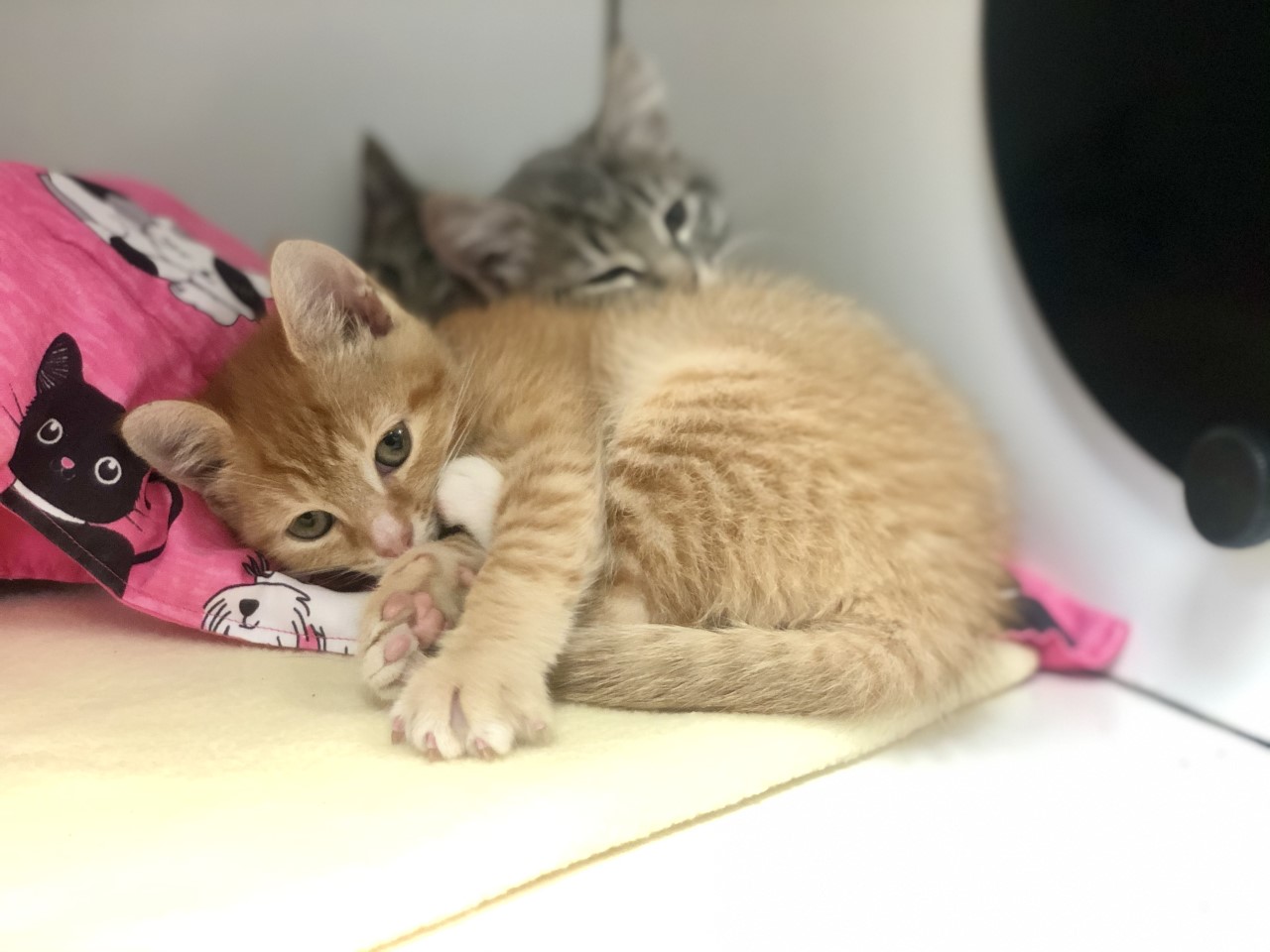 This traveling wine festival comes with a full-access COSI experience

A couple of weeks ago, someone walked into CHA Animal Shelter with a storage bin that, according to Community Engagement Manager Catherine Camp, held 21 kittens and a couple of mama cats.

Another couple also recently brought in a cardboard box filled with kittens that were less than a week old.

Kitten season has officially arrived in Columbus, and its effects can be felt for a long time: Camp said the season typically lasts from spring through fall. Last June, the shelter took in 83 kittens under five months old and 39 adult cats.

“It can get pretty crazy,” Camp said.

While kittens available for adoption are as young as two months, the shelter relies on a network of volunteers to provide foster care for younger kittens, the youngest of which require bottle feeding.

“We do have a pretty good foster program,” she said.

And if you’re thinking about looking for a tiny feline friend soon, you might want to consider two. Camp said adopting two kittens at a time gives the young ‘uns a readily available friend to play with, especially if you’re not working from home anymore.

While volunteers assist with fostering during kitten season, they’re an integral part of CHA operations year-round.

Camp said that while the staff is small, CHA has a network of about 400 volunteers.

The organization takes in about 1,400 animals annually, and has a couple of different special funds to ensure their health and wellbeing. The emergency medical fund provides an avenue for CHA to help animals that require medical attention, such as dogs with heartworms.

And while CHA sets aside money for animals’ physical health, the organization also considers the mental health of their furry friends. Camp said an enrichment fund goes toward special toys for cats and dogs that are like little puzzles.

One of CHA’s flagship fundraisers, Paws to Party, will be held as an online raffle April 17. There’s also the 5K Dog Jog. Typically held in August at Genoa Park, this year’s event will occur in October.

We’ve partnered with CHA for Pizza & Beer Week April 19-24. One lucky pizza lover will when a year of free pies, and each entry in the giveaway equals $.25 donated to CHA. Learn more and enter here.