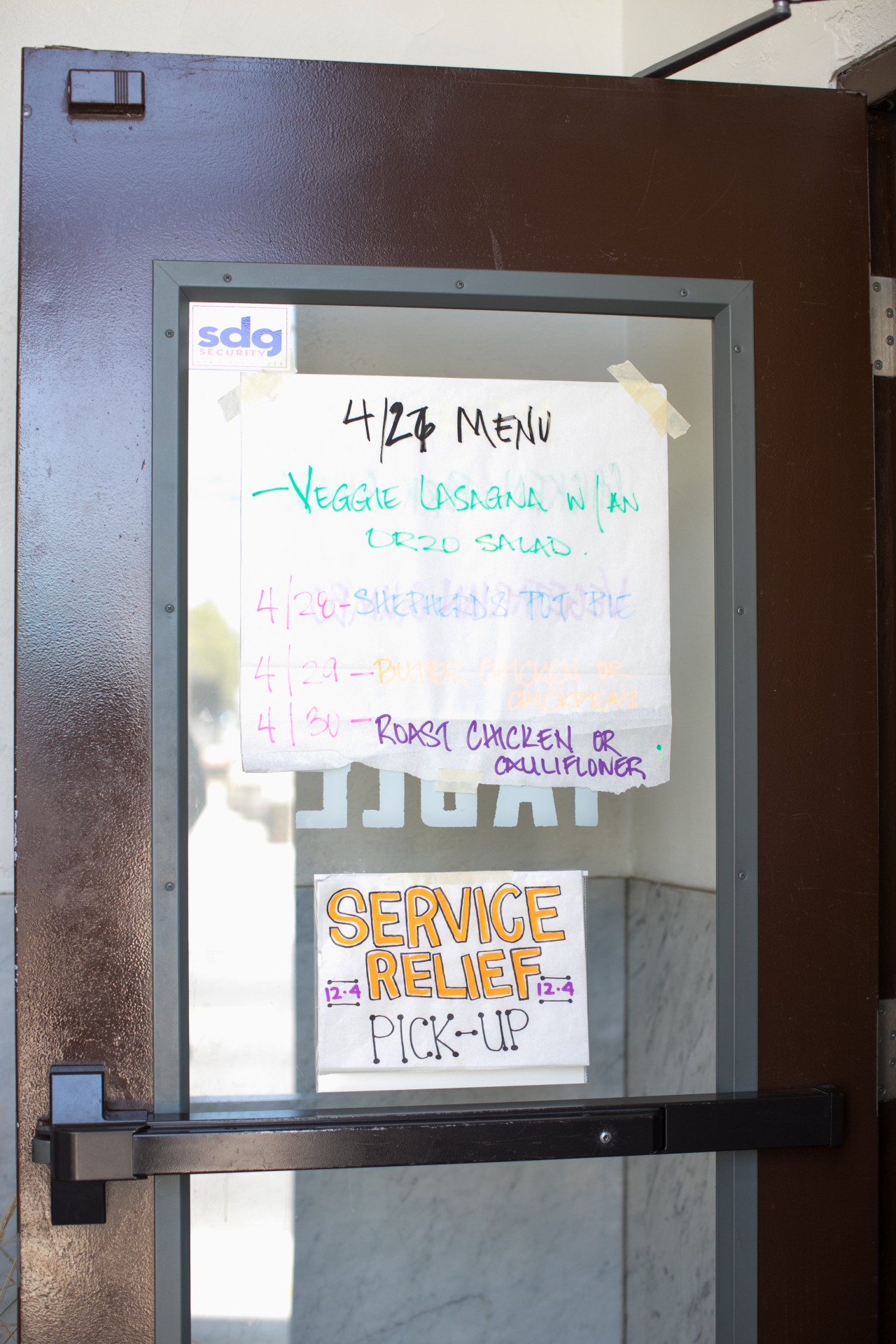 While nonprofit Service! spent much of 2020 making sure fellow hospitality industry workers had food and were able to pay their bills, this year, the organization’s focus will be broader.

Service! will keep learning and growing, and will try to be flexible to keep serving the changing needs of those in the service industry.

“There are still so many uncertainties; as long as we can keep raising money, we are dedicated to helping as many industry folks as we can,” said Lakhani, who is co-founder and chef at The Table.

Service! had its start about two weeks after restaurants were shut down in March.

“We knew that this was going to be devastating for a lot of our employees and friends,” Lakhani said.

She and fellow volunteers reached out to others in their network and formed Service! to aid other service industry workers.

Thanks to donations, they were able to roll out meals by the first week of April, putting out 200 chef-driven meals a day, seven days a week. Volunteers worked in kitchen space donated by Food Fort to prep meals, which were then distributed at locations including The Table, Ambrose and Eve, Ace of Cups and Threes Above High.

Lakhani said she thinks her fellow service industry members found it a bit difficult to need to stand in a line for food.

“That’s the one thing we’ve never had to worry about, is a meal,” she said.

Lakhani and other volunteers put out meals for eight weeks, for a total of about 11,000 meals. Once restaurants were allowed to begin reopening, they surveyed people and found many were struggling with paying bills.

So for eight more weeks starting at the end of June, they used their donations to hand out 25 micro-grants per week for $250 per person.

Lakhani said she doesn’t want people to get scared off from the service industry because of the pandemic and look for jobs elsewhere. Showing support is important to ensure people remain in the industry.

So into this year, Service! will continue to support its own.

“Whatever that looks like for the service industry,” Lakhani said.