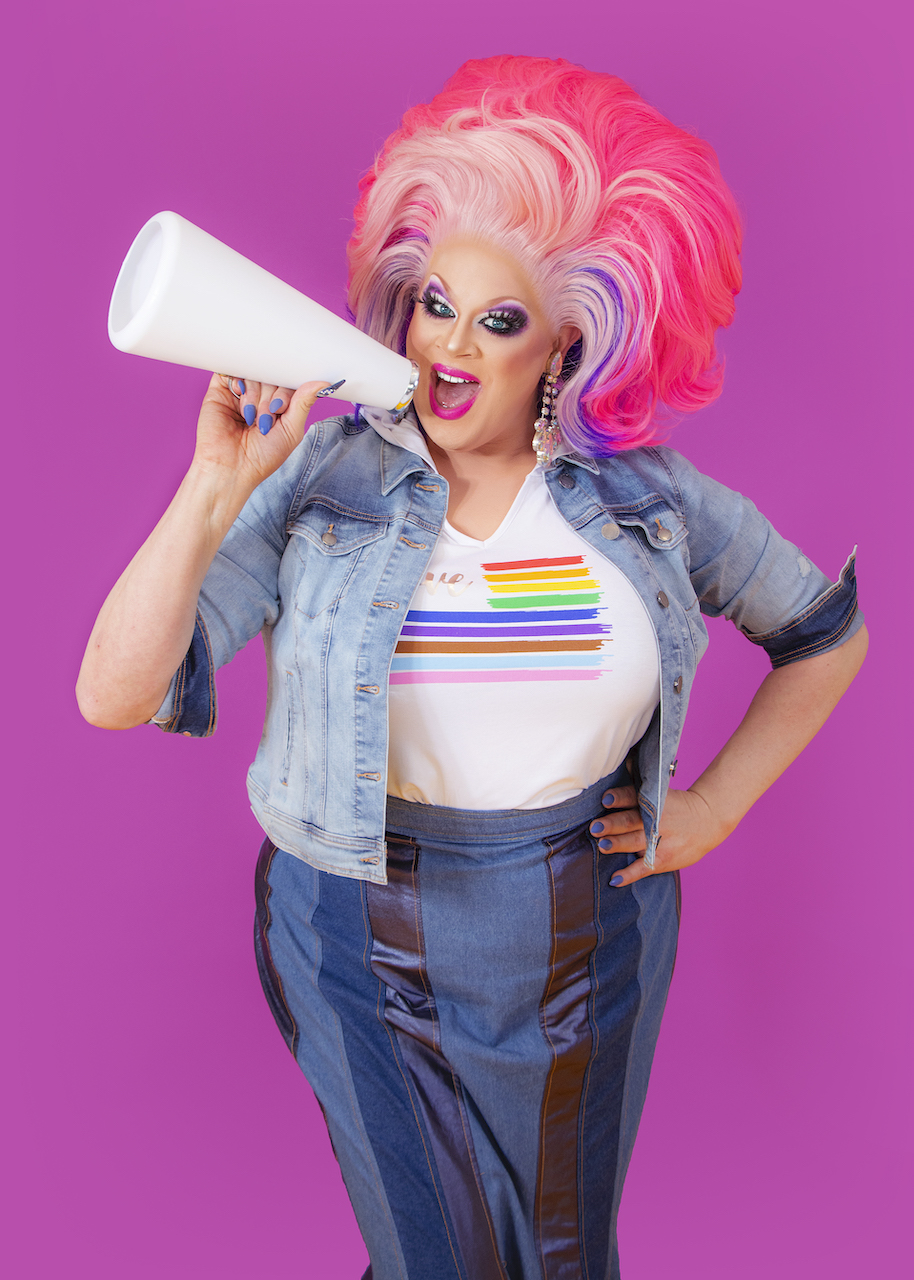 Where to find coffee flights

Manatees; a TV pilot backed by an A-list actor; and a new Pride-inspired clothing line: What do all these things have in common?

Each is currently being taken on by the inimitable Nina West, hometown LGBTQ+ hero of Ohio’s capital city.

(614) magazine caught up with West ahead of Pride 2021 to get an inside look at the non-stop dealings of your favorite Cbus drag queen, marine mammals and all.

To start with, Columbus-based fashion retailer Lane Bryant has tapped West for a new partnership that coincides with the release of their “Pride-perfect” clothing line, featuring a variety of rainbow-clad offerings aimed at uplifting and empowering the LGBTQ+ community.

West—whose name when not in drag is Andrew Levitt—is the subject of a six-part video series Lane Bryant will release throughout the month, discussing a variety of Pride-related topics, like promoting kindness, allyship, and more. She also held a live Q&A via Lane Bryant’s Instagram account on National Say Something Nice Day, June 1.

“Nina is the perfect partner to lead with love while celebrating our Lane Bryant community throughout the Pride season,” said Lexy Onofrio, Senior Vice President of Marketing for Lane Bryant.

This isn’t West’s own clothing line; instead, she’s become closely associated with it and the positive things it’s bringing to Columbus and the LGBTQ+ world as a whole.

“It’s a really powerful partnership because I get to amplify positivity and confidence with the help of a really well-established brand. Lane Bryant helps me reach so many people,” West said. “It’s amazing that I can represent the brand and align my story of transforming, of becoming myself and gaining confidence. That’s my message and that’s the Lane Bryant message as well: finding your size and your look to become comfortable and confident and sexy.”

And these days when Nina isn’t representing Lane Bryant, there’s a good chance you’ll find her at the Columbus Zoo and Aquarium, where she has a full slate of wildly-popular after hours events to attend to. Named Nina’s Voyage Under the Sea, these 21-plus events have multiple dates this summer and feature up-close animal encounters for guests, in addition to the kind of whacky, wonderful performance that only West can provide, when Nina and the Pumps take the stage.

“The zoo shows really help me pull together a few threads that matter to me,” she said. “I love performing, I love live shows, but I also care a lot about animal conservation, and this is a great entry point for that.”

And in case you were wondering, Nina’s favorite marine animal is the manatee. And it’s not even close.

“They’re just these great big, gentle sea cows. How could you not love them?” West said.

As much as we’d like to keep her in Columbus all the time, Nina has headed west to L.A. a good number of times this year. While she can’t reveal everything she’s been up to in Los Angeles, what we do know is pretty exciting.

One of her current projects is a children’s television show entitled “Nina’s Treehouse” that she will co-lead and serve as one of several executive producers for. West is teaming up with well-known actor and producer Seth Green for the show, and they plan to take the pilot to market soon.

While she is spending a good amount of time in southern California when she’s not on the road for other engagements—and you might be able to catch her or her projects in all sorts of nationally-broadcasted media—we thankfully don’t have to worry about Nina leaving the Buckeye State anytime soon.

“Columbus, for so many years has been amazing, it really is a queer-inclusive city, and I think that’s part of what’s kept me here all these years and has allowed me to flourish,” she said. “I live here. I call Columbus home.”

To keep an eye on West’s newest adventures, head to ninawest.com