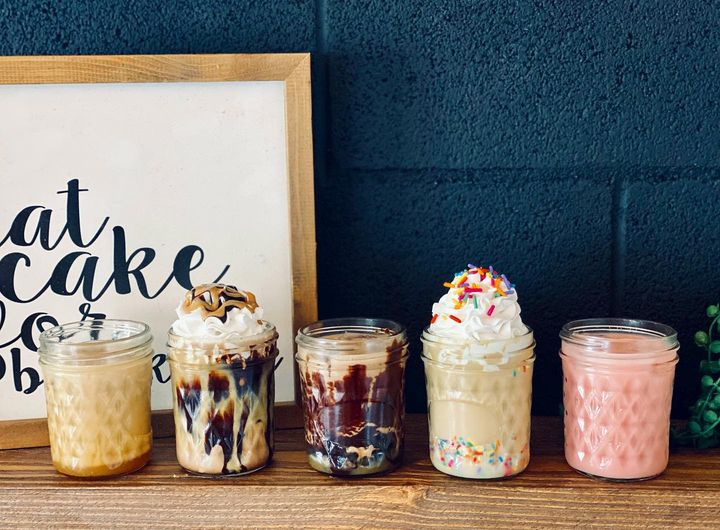 Get details on the Columbus Juneteenth celebration

When you think of tasting flights, it’s probably a nice wine or craft beer that comes to mind.

But maybe it’s time to add coffee to that list too.

A beverage trend that’s quickly catching on in the (614) involves cafes offering multiple smaller portions of different featured coffees and hot drinks, allowing customers to sample a variety of their menu.

And, of course, there’s fun in the tasting part too. We’ve picked out a few of our favorite spots offering coffee flights in and around Columbus, but make sure to keep an eye out, as more are popping up all the time.

Beginning this weekend, this popular Parsons Avenue cafe will begin live-testing their very own—and very unique—version of a coffee flight. Their four-part sampler will contain one of several non-caffeinated hot drinks crafted by the barista on duty, plus two coffee-based drinks. The fourth drink on this flight, however, isn’t actually a drink at all, but instead a healthy portion of the cafe’s soft serve, topped with a different sweet, coffee-based sauce.

While you might have to travel to Lancaster to visit L-City, it’ll likely be worth the trip, since this unique, multi-level cafe specializes in them. You can grab anything from an Espresso Flight (Americano, latte, macchiato, cafe mocha), to a Drip Flight (with regular, gourmet, and grind of the month coffees), Dirty Flight (red eye, black eye, dirty chai, single espresso shot), and even a Refresher Flight for a palate cleanser (Italian soda, Italian cream soda, sweet tea, ice brew).

While Vallery Farmhouse is probably better-known for their ability to turn out a mouthwatering array of cupcakes, brownies, and donuts, coffee flights are on the menu as well. And speaking of desserts, these flights (which are all made up from different iced coffee creations) might be just as sweet and decadent as some of their desserts, with flavors like Caramel Latte, Buckeye, Birthday Cake, and Raspberry Chai.

Now a cornerstone for Columbus coffee connoisseurs, Brioso has been slinging caffeinated beverages in Central Ohio for over two decades, and their downtown coffee bar located in the historic Citizens Building is worth a trip on its own. Lucky for you, they’re jumping on the coffee flight train as well. Although we don’t have many specific details yet, Brioso plans to offer tasting flights beginning in July.

This fun, casual spot offers up a bit of everything on their menu, from coffee and tea to baked goods and sandwiches. And their extensive menu contains tasting flights as well. Bouncin’ Bean features their most popular coffee drinks in this sampler, containing four-ounce servings of their hazelnut, mocha, french vanilla, and espresso.