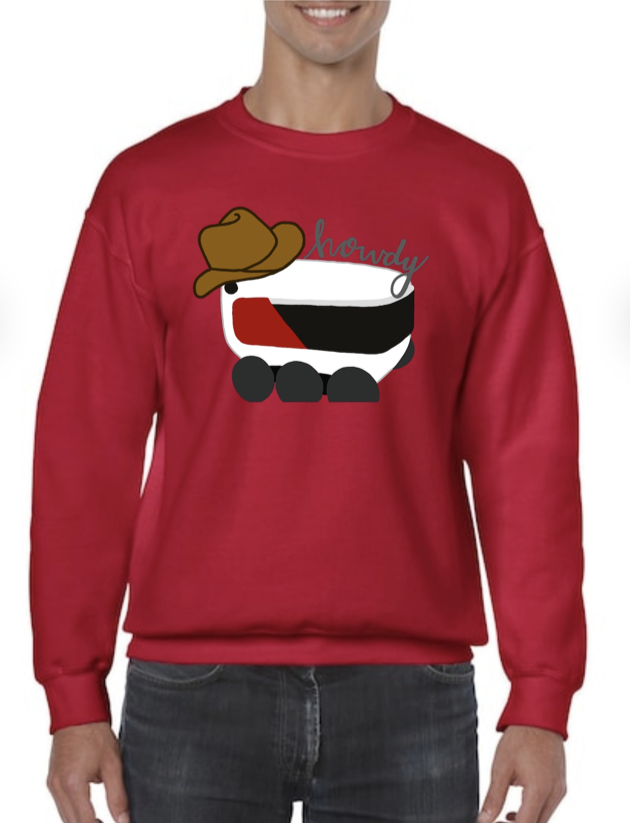 You know you want one, Columbus.

After catapulting to over 10,000 followers in only a few months, the OSU Food Robots Instagram account has officially released a line of merch featuring the lovably-dopey food delivery robots that are now a staple of the Ohio State campus.

The account was launched in August, and regularly posts amusing photos, videos and memes involving the Yandex delivery robots that came to campus at the start of the fall semester.

The new line of merch, which can be purchased here, features a variety of hooded and hoodless sweatshirts with different cartoon Yandex robots adorning them.

One has a cowboy hat placed on top of a delivery robot alongside the phrase “Howdy.” Another features a pair of robots facing one another with a large heart in the background. A third use the phrase “Rain or shine”, alongside a rainstorm and shining sun.

What makes the lovable merch line even better is the fact that all of its proceeds are going to a good cause. And not only will the the OSU Food Robots account donate the money raised by sales to Star House, a Columbus non-profit that benefits homeless youth, Grubhub will also be matching all donations made.

If you like this, read: Bernie and his mittens are appearing all over Columbus