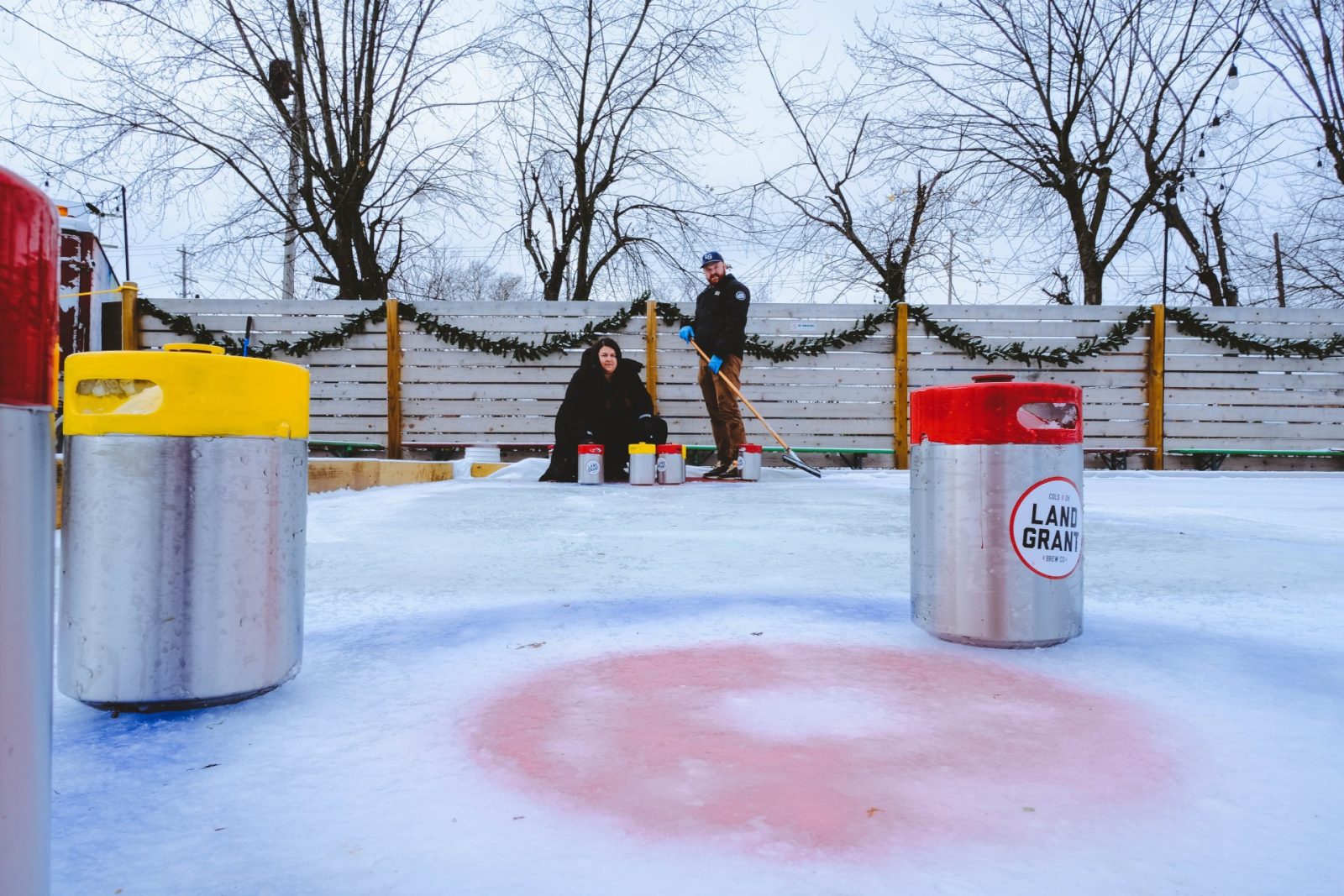 Land-Grant Brewing Co. is getting an infusion of festive fun this holiday season.

The popular Columbus brewery and taproom, located at 424 W. Town St., is unveiling an on-site ice rink dedicated to “brewery curling” at its Franklinton taproom.

The brewery’s ice rink, which is new to Land-Grant year this year, was created by freezing a portion of their outdoor beer garden.

And what exactly is brewery curling? We’re glad you asked.

In lieu of a traditional curling puck, the activity features several miniature beer kegs that are slid across the ice by participants.

According to Land-Grant the current spike in warm weather has delayed the brewery’s curling release date, but  they hope to have the attraction open soon.

“As soon as we start to get weather consistently cold enough to ensure a fun and safe time, we plan to launch Brewery Curling and open reservations to the public,” a statement from Land-Grant reads.

If you like this, read: BrewDog introduces craft beer advent calendar with 24 different brews