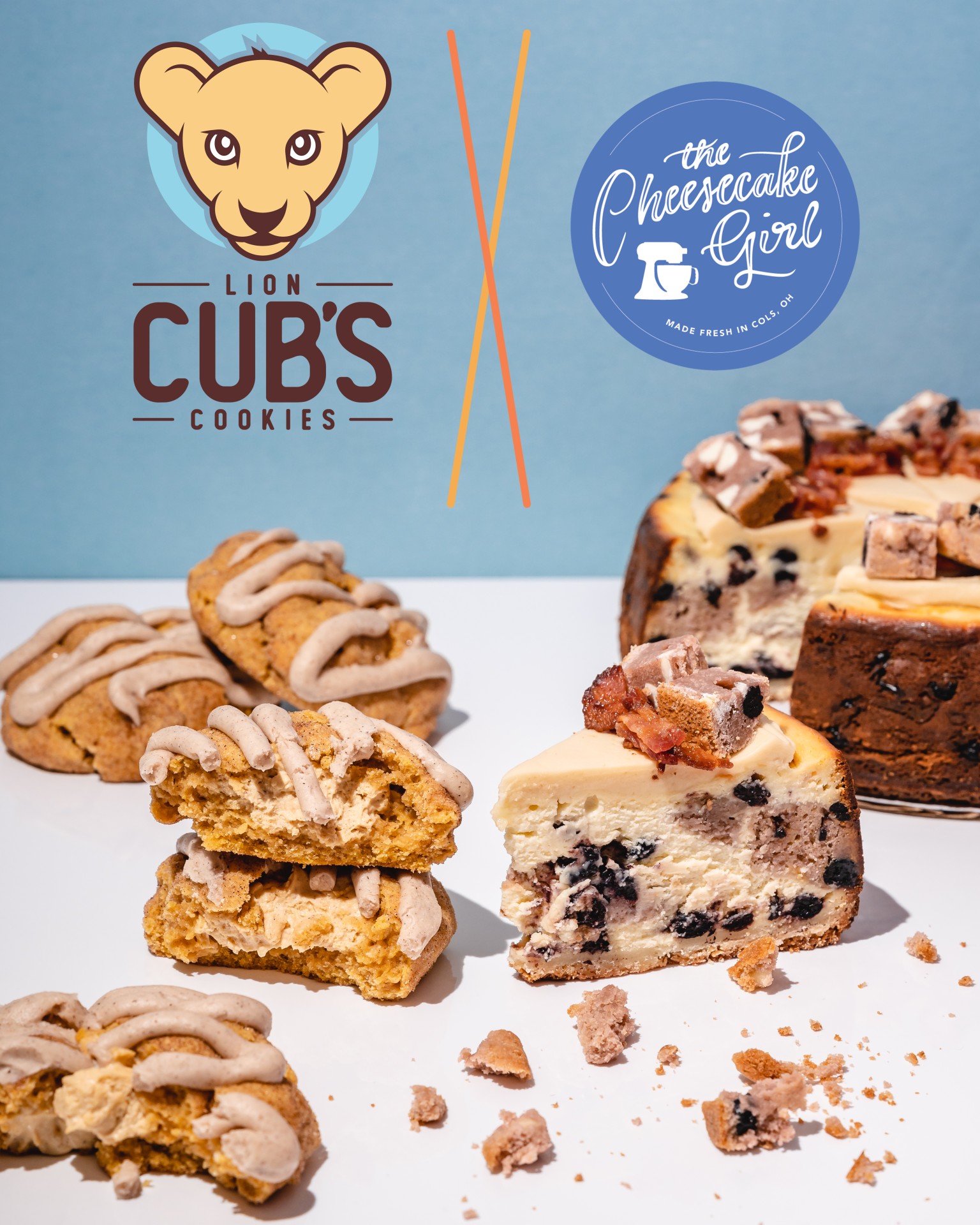 Last year, two hugely popular Columbus dessert vendors—The Cheesecake Girl and Lion Cub’s Cookies—collaborated for the first time ever, and the event saw a record number of cookies sold for the Grandview bakery.

Beginning on Wednesday, the pair have announced another limited time collaboration, one poised to break even more cookie sale records.

Lion Cub’s and The Cheesecake Girl will offer a pair of collaborative desserts, available from Dec. 15 until Dec. 19.

The cookie vendor is selling a new cookie called Pumpkin Cheesecake Girl, which will feature a chilled pumpkin base, no-bake pumpkin cheesecake from the The Cheesecake Girl, plus crunchy cinnamon sugar and a sweet cinnamon drizzle on top.

“Last year when we did this collab, LCC sold a record amount of cookies, we are expecting to break a new record this year with this cookie,” said Bradley Kaplan, founder and CEO of Lion Cub’s in a press release. “We estimate we will go through approximately 3,000-4,000 of the Pumpkin Cheesecake Girl cookies alone this week (open Wednesday-Sunday, closed Monday & Tuesday).”

If you like this, read: Columbus cheesecake spot opening first standalone store in Dublin this weekend