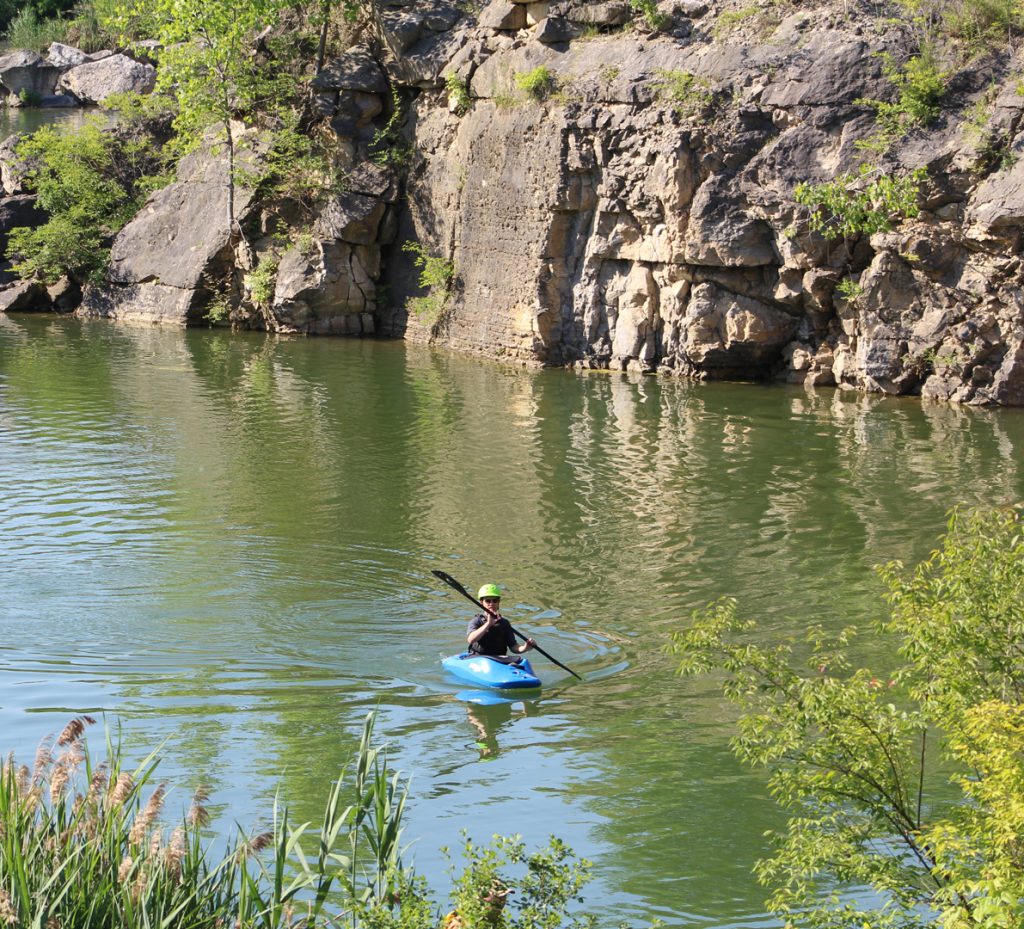 After years of waiting, the first phase of Quarry Trails Metro Park has an opening date behind it.

According to Columbus Metro Parks Public Information Manager Peg Hanley, the first phase of Quarry Trails Metro Park is set to open on Nov. 30. The park was initially slated to open in October, but Hanley noted construction delays related to COVID-19 pushed this date back.

Located at 2375 Lane Woods Dr. in a former quarry on the Northwest Side of Columbus, the park has been hotly anticipated, as it will offer a variety of outdoor activities like kayaking, rock climbing, mountain biking and more.

Only the park’s first phase (of what will likely be three phases, according to Hanley) will open on Nov. 30, but it will include hiking, opportunities for wildlife viewing, and access to the park’s system of single-track mountain bike trails.

“We’ve had some people come out and test the mountain bike trails, and I’ll say this: They’re going to be something special,” Hanley said.

The first phase of Quarry Trails will see 64 acres, or roughly one-third, of the 180-acre park open. It will be open to visitors from 6:30 a.m. until dark daily.

Hanley also noted that due to the park’s popularity, it may be crowded in the initial days and weeks following the launch.

“From what we’ve seen so far, we think this park is going to be busy,” she said. “But we do expect that to taper off eventually.

If you like this, read: Five great Central Ohio hikes NOT in the Hocking Hills