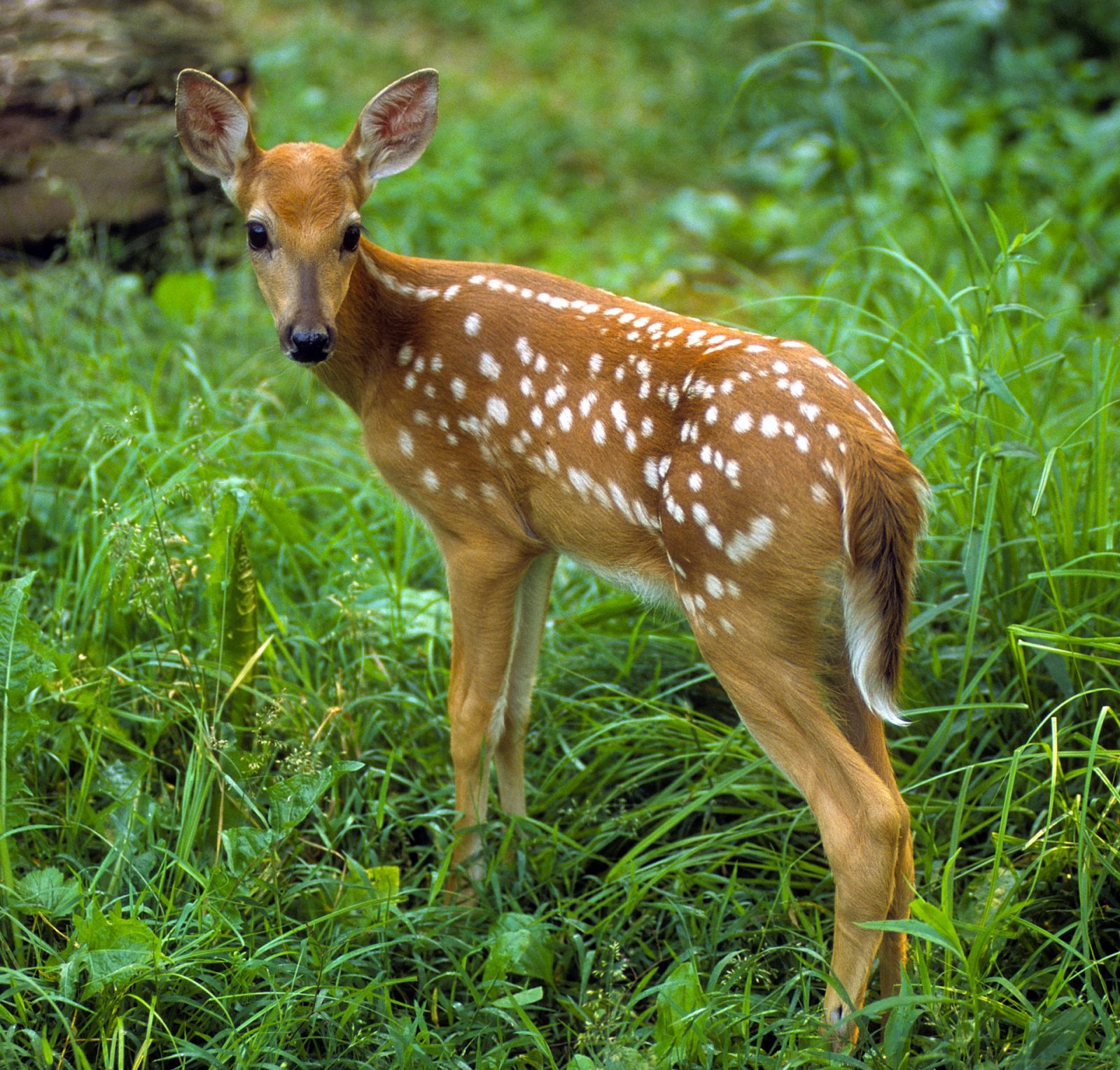 It’s getting to be that time of year again when nature puts its cutest foot forward. We talked to Jill Snyder, assistant manager of education and interpretation at Columbus and Franklin County Metro Parks, about which animals to keep an eye out for and when this spring.

These guys are one of the earliest animals to nest, according to Snyder. Great Horned Owls hatch their eggs in February, and by March you can start to keep your eyes peeled for young owls. Barred Owls also hatch in March. By the end of the month, you’ll begin to see young owls venture from their nests, testing out their wings on tree branches.

We know they can be stinky, but they’re still so adorable. Skunks typically mate right around Valentine’s Day (aww), and their babies aren’t born until late April. Moms have their young under logs, or sheds or decks, and the babies can be seen following their moms around. One bonus? The little ones can’t spray while they’re young.

You’ll find these guys in more open habitats, like fields, prairies, and grasslands. The adults make their dens in old groundhog holes or under bushes. Though the babies are born in March, we probably won’t have a good chance of seeing them until around May.

These majestic birds start to lay their eggs in March, which hatch in early April. The easiest nest to see is at Pickerington Ponds, but bald eagles have been spotted elsewhere across the metro parks.

This time of year, salamanders and frogs are readying to mate in vernal pools, areas that temporarily fill with water as snow melts and we get seasonal rain. Keep an eye out for the eggs—Snyder said they tend to look like snot because they’re squishy and wet. And there’s a fair amount of them. A frog can lay a couple hundred eggs.

Fawns are born toward the end of April, so we won’t really have a chance to see them until mid-May, when they’re a bit more active. Although a lot of people assume fawns left alone have been abandoned, Snyder said the moms commonly leave their young while finding food to avoid attracting predators. They’ll come back later to nurse the babies.

To see even more little animals this spring, consider visiting Slate Run Living Historical Farm, where you can find baby lambs and piglets.