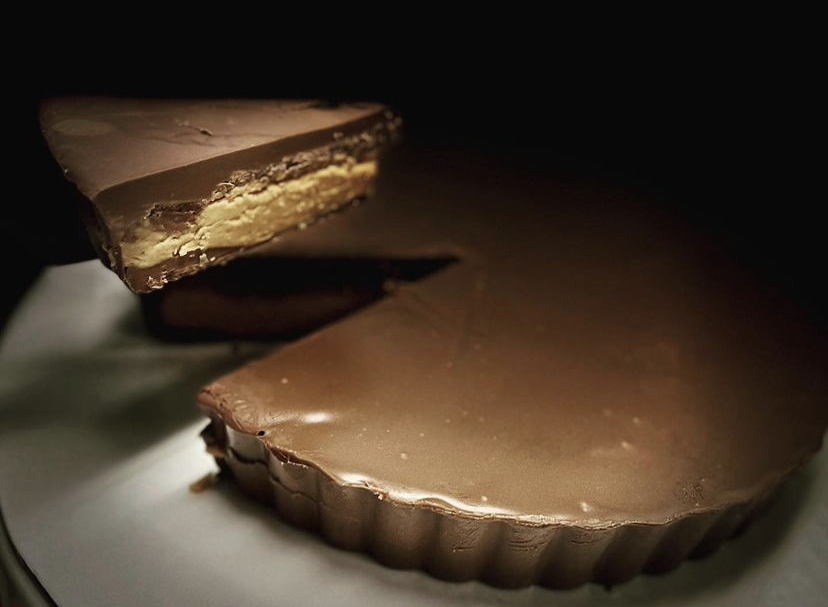 By now, you’ve probably heard about the three-pound Reese’s Peanut Butter Cups sold by Hershey’s as a Thanksgiving pie. You know, the one that clocked in at nearly 8,000 calories and sold out in mere hours?

If you didn’t get a chance to buy one (like most of us), don’t worry, because there’s now a Columbus confectioner whipping them up daily.

Carolyn’s Bake Shop, a longtime Columbus company that’s operating out of The Hills Market in Worthington, located at 7860 Olentangy River Rd., began offering their own version of the gigantic Reese’s Cup this week, and they plan to continue selling the dessert throughout the holiday season (or even after if it remains popular).

“It was something my husband originally saw. He brought it to me, and told me about how fast they sold out. He asked if we could try to make them,” said owner Carolyn White. “And I said, ‘I think we can.’”

According to White, the pies incorporate two full pounds of Belgian chocolate, and have already become a hit. “They look perfect, and they taste amazing,” White said.

The bakery currently makes between four and six pies a day, and they regularly sell out.

But even if you don’t catch one at the store, you can still secure the treat before Thanksgiving if you order one before Nov. 21. Each pie costs $39.99.