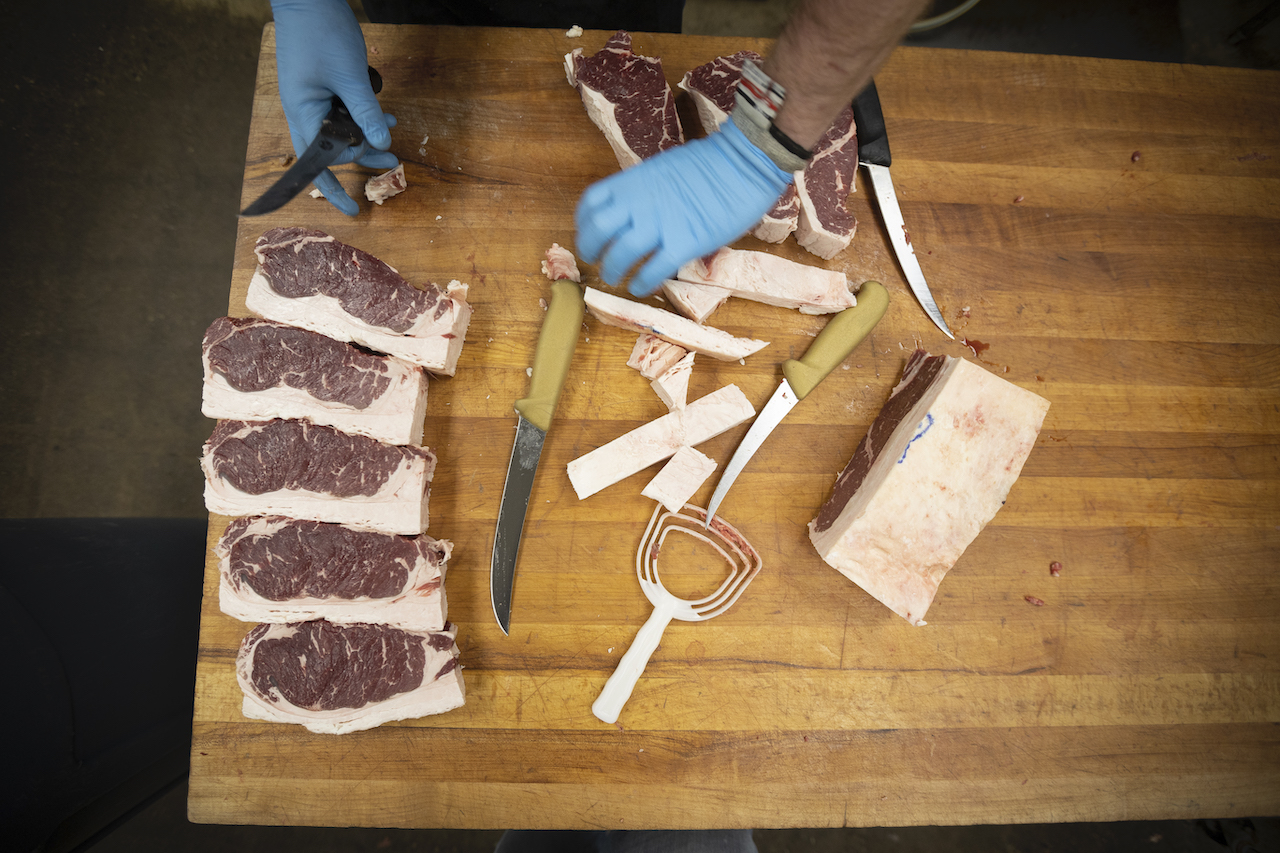 Book this new Hocking Hills cabin before it’s too late

Like the milk man or the chimney sweep, the neighborhood butcher shop probably feels like an antiquated concept to most Columbus residents.

Until recently, that is.

In the last several years, Columbus has seen an explosion of interest in the previously-floundering art of butchery, with several extremely popular “craft” butcher shops popping up in the city since 2016.

“A lot of it’s about people wanting to see where their products come from. It’s conscious consumerism,” said Ohio Association of Meat Processors Executive Secretary Valerie Parks Graham, who has noticed the trend spreading statewide.

And if you ask Tony Tanner, he would probably agree with Parks Graham’s assessment. Tanner is owner of The Butcher & Grocer, the wildly-popular artisanal butcher shop/market that opened at 1089 W. 1st Ave. in Grandview in 2016. He also launched the equally-beloved Grandview restaurant Cleaver, which uses TB&G for all of its proteins.

“At the end of the day, I think we’ve become popular because of the way we source. We’re transparent about everything,” he said, noting that the shop only purchases beef without hormones or antibiotics. “We’ll never buy the way that most meat counters buy today. We’ll only buy from our farmers, and we’ll never use pack houses or auction floors or distributors. I know everything about the animals that we purchase until they leave our store.”

This transparency is illustrated in the layout of the Grandview storefront itself.

Just behind its sweeping glass display case is a single wall separating the actual butchery from the retail space. A window-sized hole provides an even closer look into where, exactly, your food is coming from.

While the desire for transparency has partially fueled the recent butchery boom, it’s also been propelled by the need for variety.

“You see, we’re not doing all the same tired stuff. We want to educate, and we also want to elevate the food scene,” said Phil Clary, owner of Macelleria, another local artisan butcher shop. “We’re always offering different things; last weekend we had beef, pork, two types of lamb, and even wild boar. We’re doing wild boar sausage, a pork liver sausage, and a lot more. You’d have to go to Italy to get some of these things.”

Macelleria, located at 2474 E. Main St. in Bexley, has only been open since December, but in that time they’ve enjoyed white-hot popularity, with droves of repeat customers. One of the items that’s become a surprise hit among their east-side customer base is an uncommon specialty sausage known as Mazzafegati. Originally from Umbria, it features pork liver, pork shoulder, orange zest, and spices.

It isn’t just the new kids on the block who have enjoyed butchery’s surge in popularity. Carfagna’s Market has been a Columbus butcher since 1937, and they too have begun to offer interesting, less-traditional cuts of meat

They’ve also taken note of the hunger Columbus residents have developed for culinary knowledge. According to Director of Marketing Sal Carfagna, one of the tenants of their massive, new Polaris marketplace (set to open later this year) includes actively educating customers about their meat, which will be served by their staff of professional butchers.

“Whenever anybody needs anything special, they can come right up and we can educate them.

Our trained butchers can explain to them where a certain cut is, what the texture and flavors are going to be, and how to cook it,” said Carfagna. “If you’re looking for something unusual like say a Denver steak, we can cut it right there in front of you, and we can even help you learn how to do it on your own. Education is so important to our customers now. ”

Those wanting to learn a bit more about craft butchery can even do so from none other than Ohio State. Their school is hosting a Buckeye Fresh Mini Meat-Cutting Workshop several times this spring beginning March and ending in May. Those interested can email Dr. Lyda G. Garcia, Extension Meat Specialist, at [email protected] for more information or to register.

During a time when whole food and consumer awareness appears to be at an all-time high, artisanal butchery is primed to stay in the spotlight. And why not? It’s a great way to teach, learn and—more importantly—eat well.

“One of the problems with our food culture today is people being so disconnected. I’ve had people come into my shop and ask for boneless chicken wings, not realizing what they actually were. But it’s great to be able to show them; it’s great to be able to educate,” Tanner said. “And I think if the pandemic has taught me anything, it’s this: The closer we are to our food, the better off we are.”