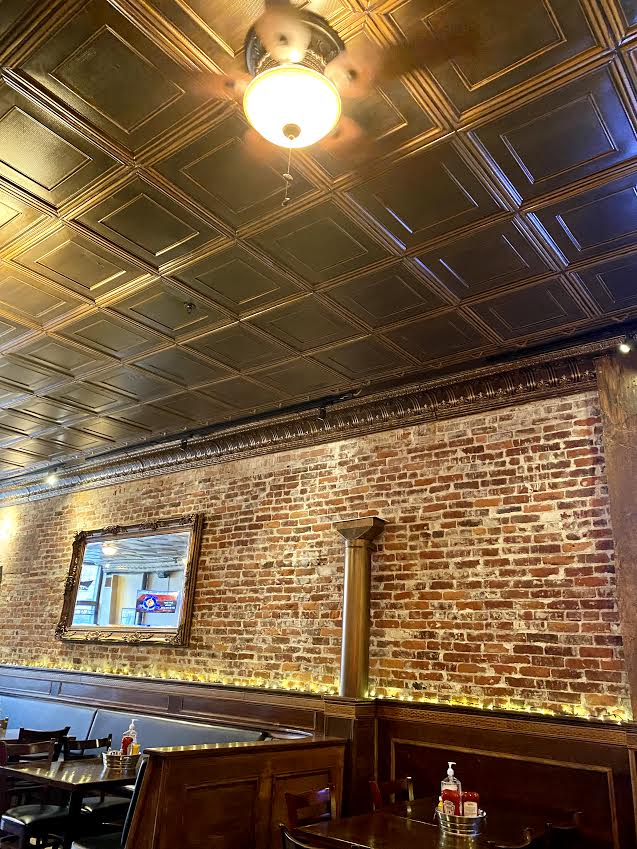 Nearly 120 years ago, the bar area of what is now Old Horseshoe Restaurant and Tavern—located at 65 S. Main St. in Johnstown—served as a fully-functioning apothecary.

In the years since, it’s been other eateries, a greeting-card store, and even an ice cream shop.

But the thing is, you don’t have to look very hard to see how it would have appeared back in the early 1900s. That’s because, according to owner Lori Van Kleef, the spot still looks just about the same.

“The building itself was built all the way back in 1903,” she said. “And almost everything on the first floor is original.”

From weathered exposed brick walls to deep brown hardwood flooring and ornate crown molding that frames an umber-colored waffle ceiling, the space could have been plucked directly from an early Charlie Chaplain film.

Old Horseshoe, which officially opened on Aug. 22, is thankfully living in the present when it comes to its food offerings, though. The spot hasn’t rolled out its full menu just yet, but it still boasts a robust variety of causal American fare including pizza, subs, wings, Nashville hot chicken, sandwiches and more.

According to Van Kleef, food is only part of the experience at Old Horseshoe Restaurant and Tavern.

“Honestly, the natural beauty and history of the building is half the intrigue,” she said. “This space just feels right for us. We were looking to open a bar and grill for about a year until we found this space.”

The newest old eatery around also boasts some fantastic patio action, with one on the ground level and another rooftop patio, where those last few weeks of summer sun are calling your name.