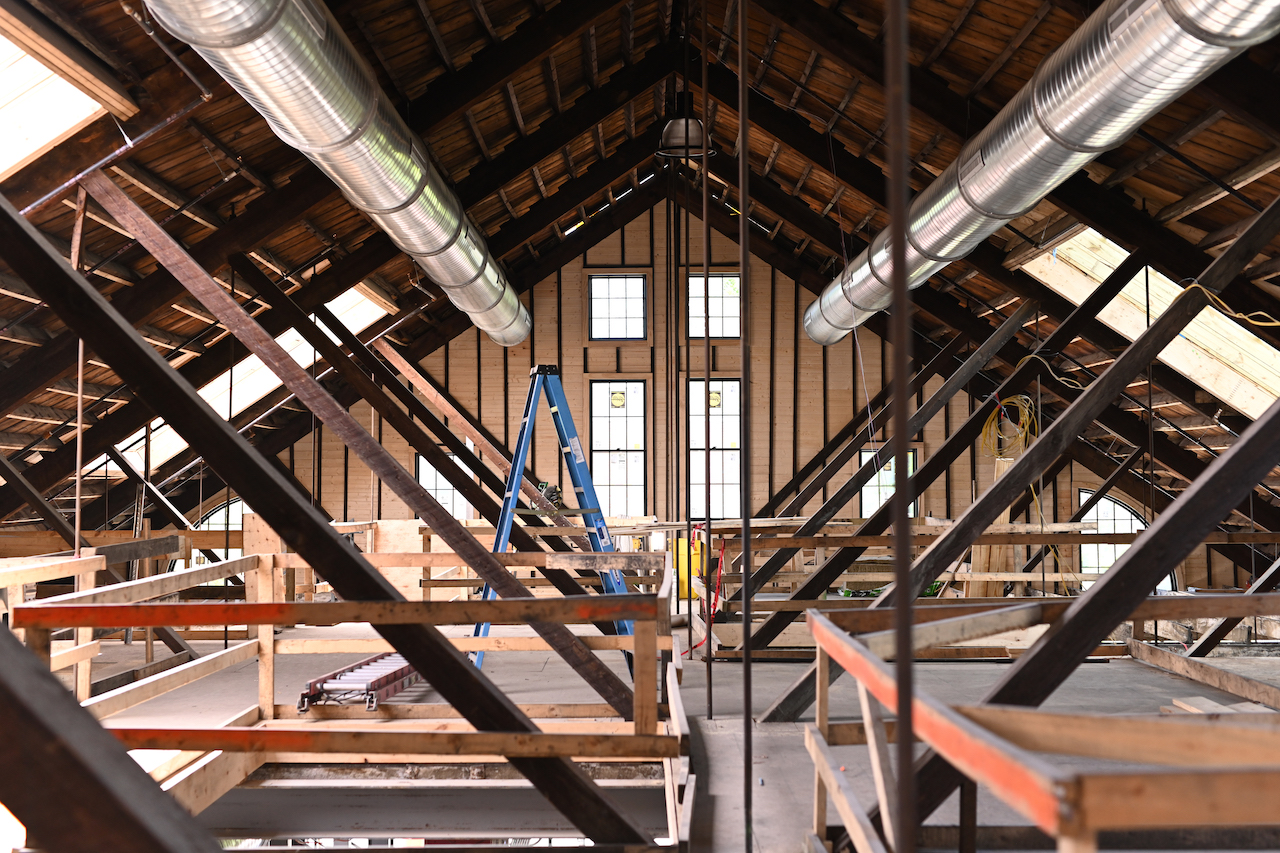 Over 100 years ago, the near east side of Columbus was a whirlwind of activity. A hub for the city’s trolley, horsecar, and eventual bus system, it saw flocks of busy Ohioans—and their businesses—pass through on a regular basis.

And soon enough the space will become a hub yet again.

The aptly-named Trolley District development, set to open in part this summer, is a collection of refurbished historic buildings located at the corner of Oak St. and Kelton Ave. (immediately south of Franklin Park) that once served as a repair depot for the city’s trolley system.

“It’s really a wonderful project, and it’s going to be a destination for people. We’re really excited about that,” said Tony Tanner, owner of The Butcher & Grocer and Cleaver, as well as one of the development’s new vendors.

Headlining the development (and located in the development’s largest building) is the East Market, featuring an exciting collection of food vendors, a pair of new bars, and even an 11,000-square foot event space on its second level.

With space for 21 different food stalls (although several vendors will use more than one), the spacious market, decked out in tasteful, historic interior decoration, will offer a little bit of everything.

One of the vendors anchoring the market is Grandview’s The Butcher & Grocer and Cleaver, a quality-sourced artisanal butcher shop and restaurant combination, working together to turn out some of the absolute best protein-focused meals in Columbus. The Butcher & Grocer will oversee a large portion of the new East Market project, with several stalls serving as a butcher shop, fishmonger, craft bottle shop, a “green” grocery, and a cheese shop, in addition to space for Cleaver.

In addition to Tanner’s businesses, another iconic company has also jumped aboard the Trolley District. In a 13,000 square-foot building adjacent to the market (known as the Mechanic Shop), long-standing local craft beermakers Columbus Brewing Company are set to launch their second-ever taproom in a beautifully restored building that will house a spacious taproom as well as an on-site brewing system equipped to handle some of their smaller test batches.

But it’s not all big names either. Several smaller—but equally exciting— Columbus eateries have signed on to become part of the East Market alongside Tanner. One of these, Creole 2 Geaux, has served authentic New Orleans eats (their po’ boys with homemade remoulade are a must-try) out of a food truck since 2015. This new east-side space is giving them legs to stand on.

“It’s going to allow us to be able to expand, and it’s going to let us make more of that Creole flavor that Columbus needs,” owner Janvier Ward said.

A resident of the area once himself, DeHays recalled looking out across Franklin Park many years ago, wanting to do something positive for the quaint but vibrant neighborhood he had grown to love.

Now he’s leading the charge to revitalize it.

“I think the combination of the historic Trolley District project and the apartment complex [located next to the development] that we start building next year will be the largest combined economic investment in this neighborhood in over 50 years,” he said.

Tanner, himself a resident of the city’s east side, couldn’t agree more.

“You know, business is business, and we think this is going to be great for us.” he said. “But as a lifelong east-sider, what I’m really most excited about is what this is bringing to the east side of Columbus.”

If you like this, read: Creole 2 Geaux to move into East Market at Trolley District