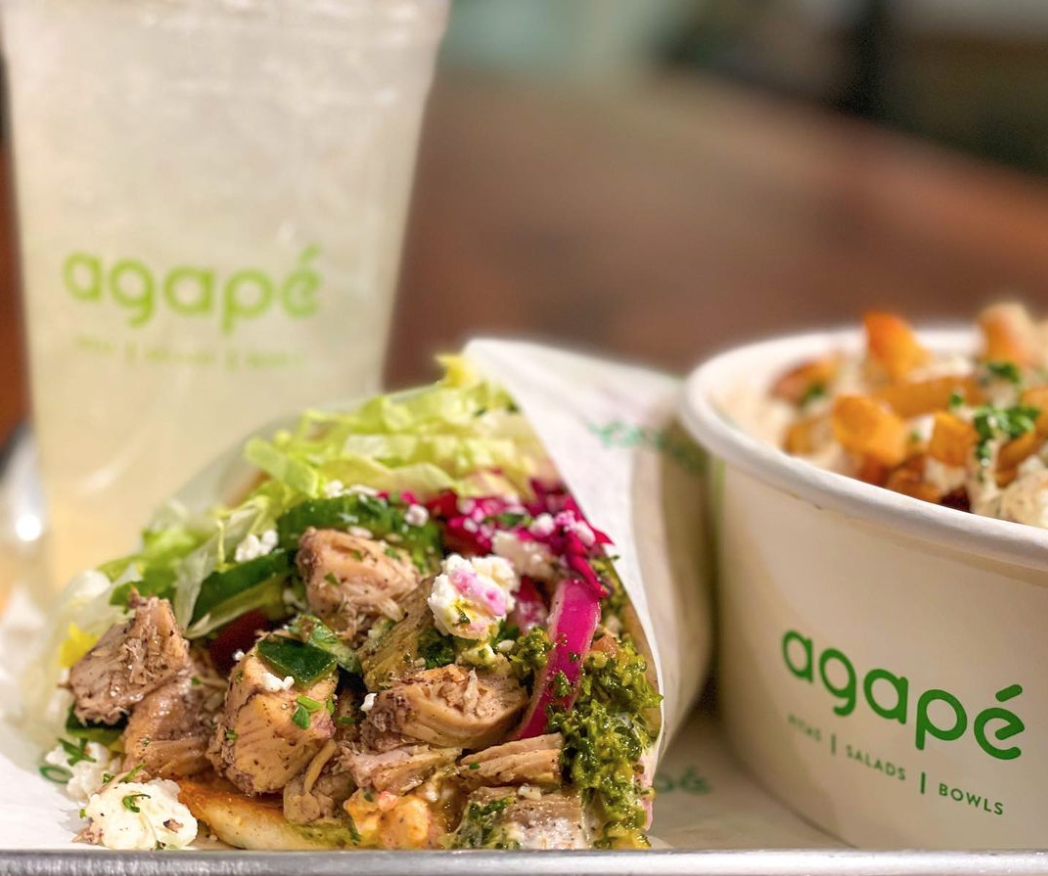 Even though Agapé Mediterranean happens to be one of the newer restaurants in Columbus—its first restaurant opened this January in Westerville at 405 Polaris Pkwy—this hip Mediterranean spot is already planning to launch a second location set to open this May at 5010 N. Hamilton Rd.

“It’s always been our plan to grow,” said Agapé partner and VP of marketing Mason Estep. “Everything we’ve done has been with the knowledge that we’re going to be growing; we built the concept with scalability in mind.”

And the concept, in case you don’t already know, is a delicious one. Agapé is billed as fast casual Mediterranean, serving up fresh and customizable pitas, salads, and bowls. Offered in the ever popular build-your-own format, patrons can choose from a litany of different proteins (like gyro, chicken shawarma, and falafel), veggies, sauces, and spreads to create their very own Mediterranean masterpiece. And don’t forget their Greek fries, served alongside feta and a house dressing.

For fans of the eatery’s first iteration, there’s no need to worry about change. According to Estep, the new location plans to replicate the dining experience of their Westerville spot.

“Virtually everything will be the same. Customers from Polaris will find everything to be exactly how it was there, including how you order and the layout.” Estep said.

And while there aren’t any flashy new menu items coming to the new Agapé, the Gahanna location does still offer plenty to get excited about. “We’re all familiar with that area, and we think it’s very family-friendly,” Estep said. “And we think it’s an area that’s already familiar with the kind of food we serve; they appreciate some really Mediterranean food, and that’s what we offer.”

Even with this new location, Agapé may still be a bit of a hike for the downtown commuter or those of us on the city’s West side. But that could all change very soon as well, because when Estep said the business was ready to expand from the jump, he meant it. While there’s nothing set in stone, the eatery is already eyeing a move to Grandview, Dublin, and Clintonville.

“Right now we’re taking it day by day and focusing on what’s in front of us, really getting involved in the community that we’re in and serving great food, doing the right thing in the community we’re in,” he said. “We really want to hone in the Columbus area, grow out our presence and customer base here and focus on that first.”