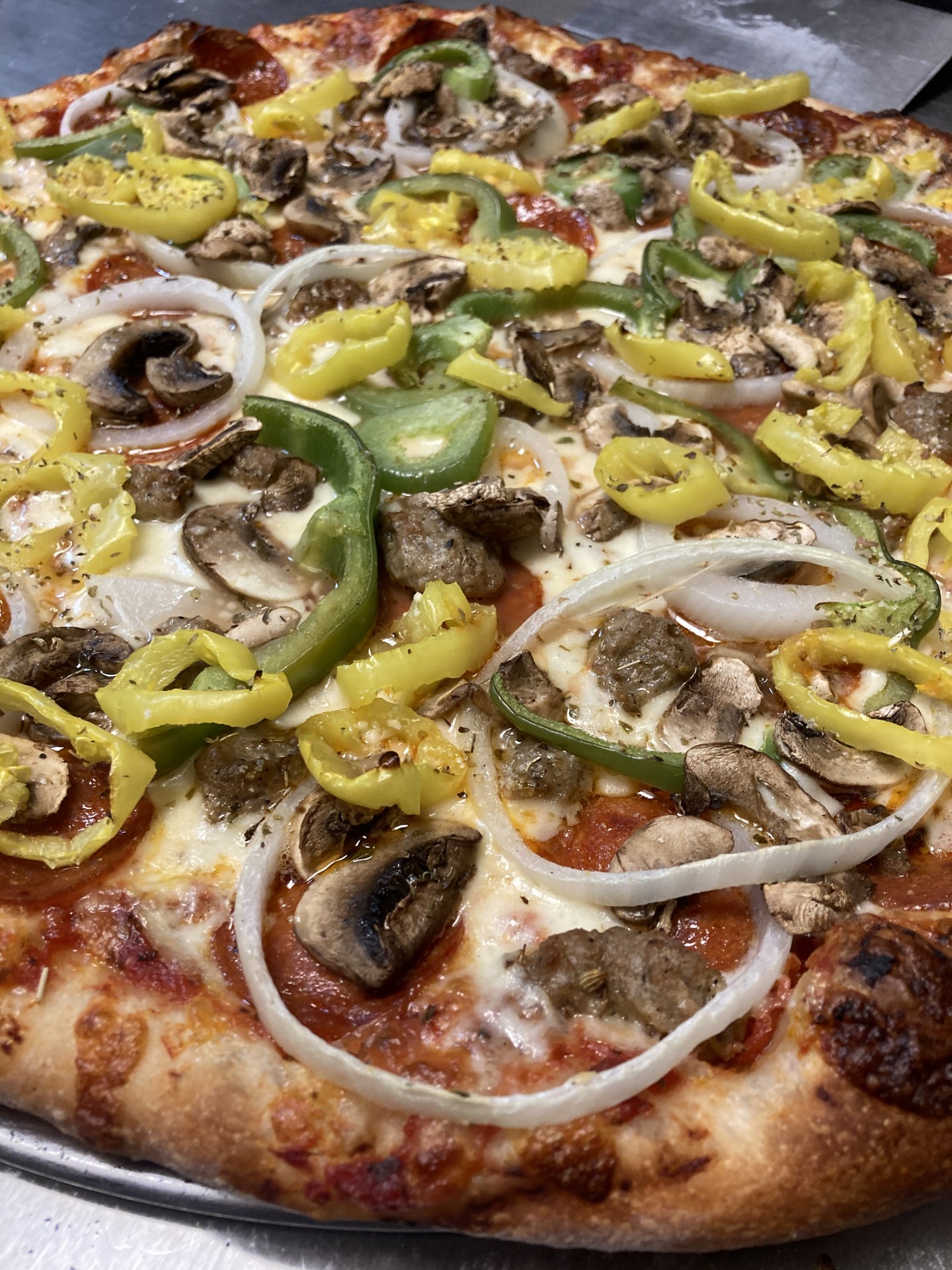 One of the founding partners of popular Columbus cafe Kolache Republic has launched a new venture to add to the city’s already-robust pizza scene.

“One of the best things about pizza versus Kolache [a fruit-filled Polish cookie]: I don’t have to educate everyone on what pizza is,” joked Sauer. “But it’s been good; pizza has been stable.”

Named after Sauer’s late mother (Sauer also incorporated his paternal grandmother into the pizzeria’s logo), Alberta’s began as something of a passion project for Sauer, who would regularly make pizzas for family and friends to rave reviews.

Sauer was a patron of Hey Hey’s before Alberta’s ever began, and after their previous kitchen tenant left, he remembers a moment he had staring down the then-defunct oven.

“I would just be sitting there staring at this pizza oven, and I would just say to myself, there should be pizza coming out of them.”

One day Sauer made a pizza for the grandson of Sue Gall, owner of Hey Hey’s, who ended up loving the pie. Since Hey Hey’s was already searching for a new eatery to fill their kitchen space, things fell naturally into place.

Utilizing fresh, top-tier ingredients (plus sauce and dough made from scratch) with Doug’s original pizza recipes, Alberta’s has been serving up his own brand of East Coast Pizza for half a year now, and Columbus has been eating it up.

“It’s thinner, and we typically cut it into triangles. You can fold it over if you want to. There’s definitely a crispier crust as well,” he said.

While their classic pepperoni is always a top seller, Sauer says some of their specialty pies like Sauer’s Kraut (get it?), which features sausage, sauerkraut, and onion on garlic butter base without red sauce, and the spice-forward Firefighter, with pepperoni, sausage, jalapeno, banana pepper, Frank’s Red Hot, and crushed red pepper, have both been popular as well.

And it’s more than just pizza at Alberta’s as well. Sauer’s menu is highlighted by an array of hearty oven-baked sandwiches, such as their meatball sub. This fresh-first approach carries over into the eatery’s side dishes—garlic knots, hand-cut fries, and more—as well.

“Everything is fresh, and it’s all made to order, fried to order,” Sauder said. “We don’t even have a freezer.”