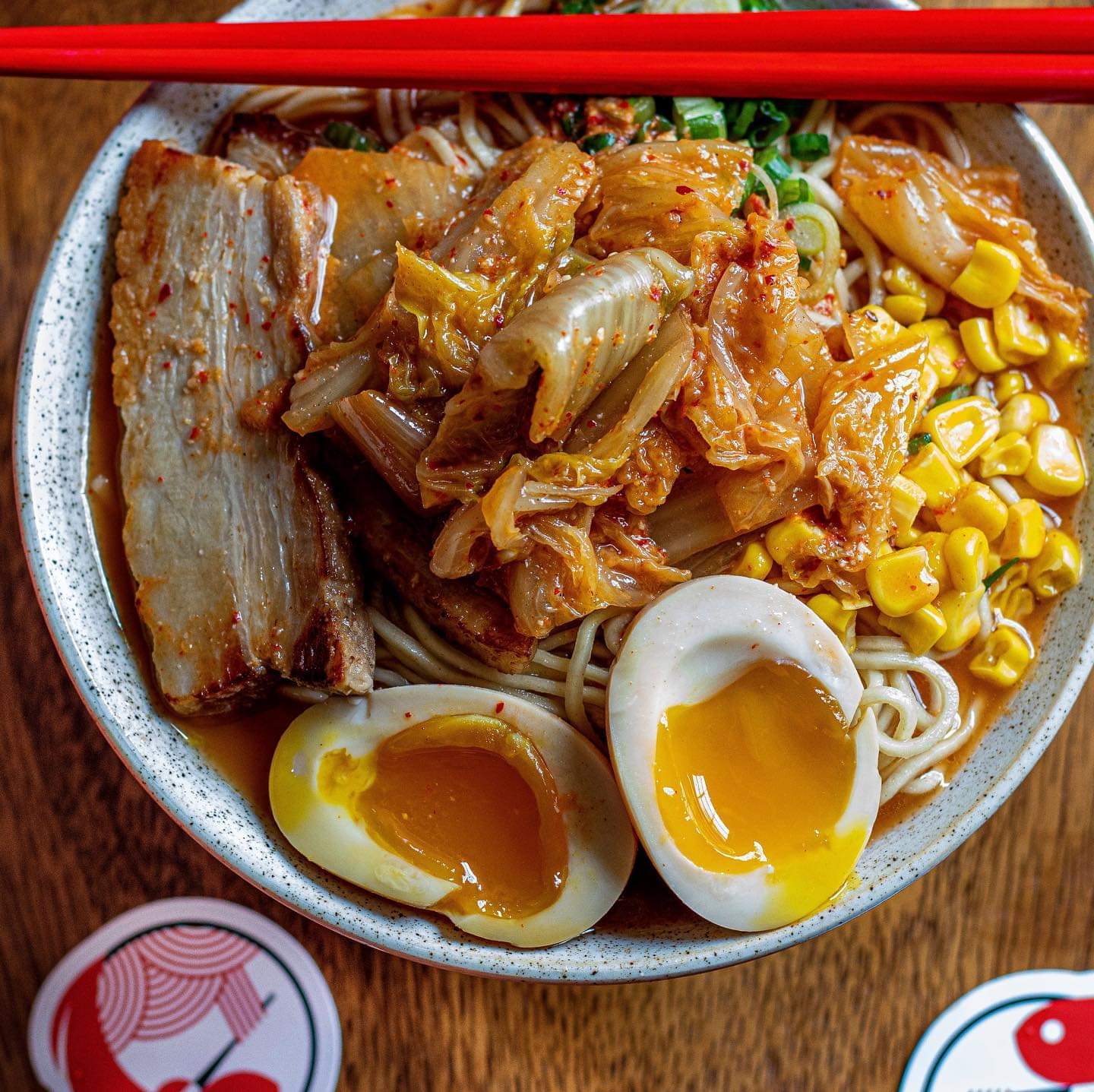 Before moving to New York, Mike and Terry Ramsey had never tried real, culinary ramen. When they eventually did—one evening in Brooklyn, years ago—it changed about as much as a single meal is capable of changing.

Today, the Ramseys own and operate one of the hottest up-and-coming Ramen eateries in Columbus—Red Rabbit Ramen. From pop-up tastings to ghost kitchen service, Red Rabbit has quickly established a name for itself in the city’s food scene, regardless of the fact that they’ve only officially been open since November.

According to Terry, it was more or less immediately after first trying ramen that the duo was hooked: They started to craft their own recipes as often as possible, and began voraciously taking in new cooking tips and recipes whenever possible.

“We really fell in love,” she said. “After the first time we tried it, Mike decided to cook his own, and it never really stopped from there. He just kind of continued to read up on it, watch shows; he did whatever he could to hone his craft.”

And while the Ramseys don’t possess formal culinary education, something about a self-taught ramen chef just feels right for the warm, homey dish that’s been sweeping the U.S. off its feet in recent years.

“To me, Ramen is comfort food. It’s just the perfect bowl.” said Mike Ramsey. “Every time I eat ramen it’s like Thanksgiving: It’s so welcoming and easy to eat. It’s so full of umami and flavor.”

After relocating to Columbus (and spending some time perfecting their dishes), the pair began serving ramen to their close friends, an evening trend they were soon forced to continue by popular demand. And while they had always discussed—and ultimately dreamed of—opening their own ramen restaurant, it wasn’t until the pandemic hit that they decided to take action.

“I think the thing that solidified it was having furlough for COVID, having time off to really sit and think about it. I would always talk about a ramen restaurant, and then it got a point where I was sick of just talking about it,” Mike said.

Another thing that helped them launch was the recent proliferation of ghost kitchens, which allow restaurants to rent a small kitchen space to offer delivery and pick-up services without having to commit to a full-time lease.

But since everything is prepared from scratch—one of the reasons people across Columbus flock to them—the eatery does occasionally sell out before business hours close, so make sure to order early.

You have another opportunity to try their food as well, as Red Rabbit will be hosting a pop-up tasting event Jan. 19 at 400 West Rich. They’ve rented out additional gallery space to hold an event even larger than their first Dec. 22 tasting. For $15, diners will get to try two different types of Red Rabbit Ramen.

Tickets for the event—which is BYOB—are available through eventbrite so the number and timing of guests can be managed safely.