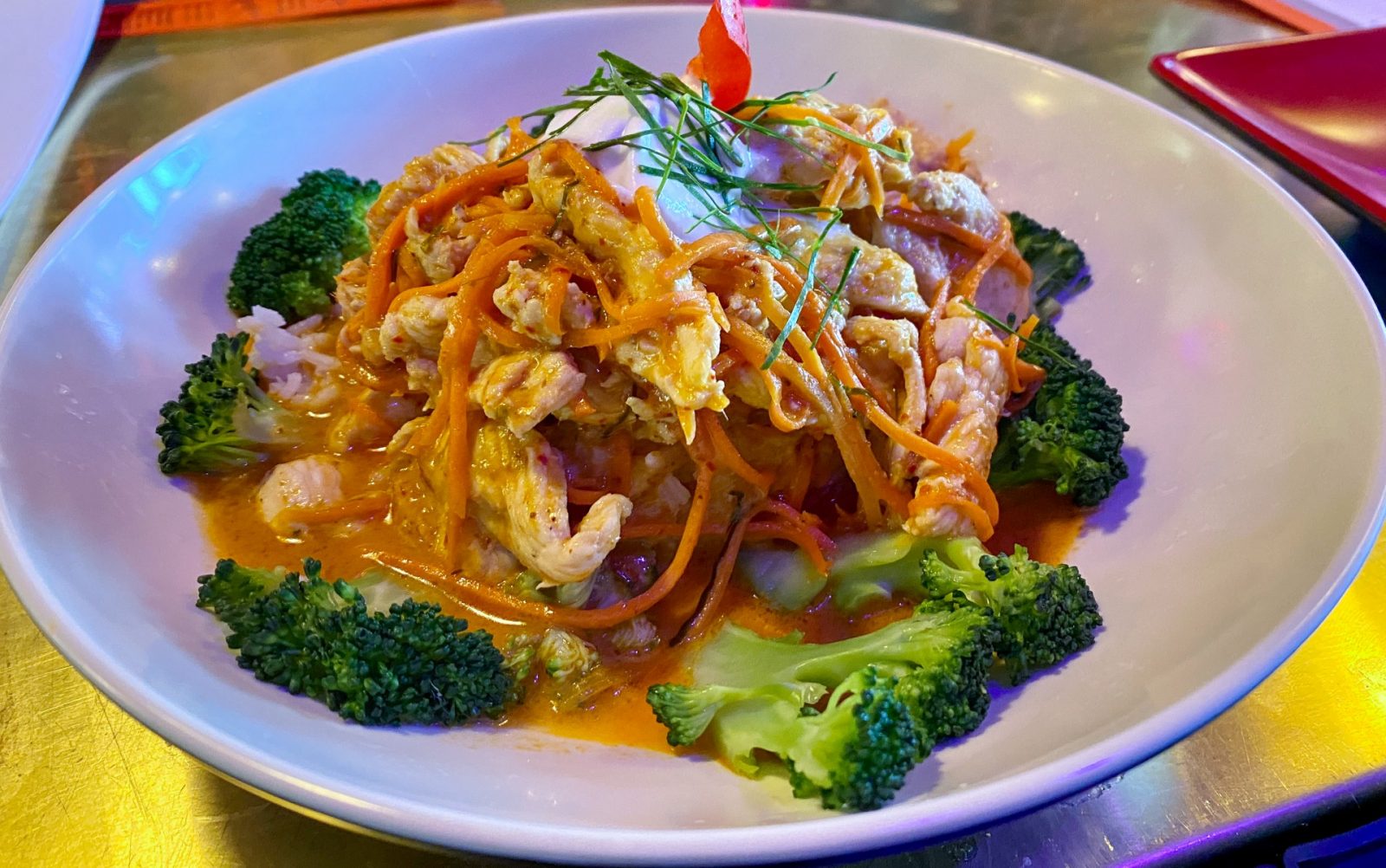 The restaurant plans to expand these hours in the near future to be open for lunch and dinner seven days a week, said Leanna McKenney-Heath, operations manager with Local Cantina Group, which manages Local Cantina, South Village Grille, Jonys Sushi, Mid City Garage, Local Bar, and The Rossi Kitchen & Bar.

“Business has been great, and the support we’re seeing from the neighborhood just lends to our level of excitement,” she said. “We have a full bar and dine-in available, but the amount of carryout orders we’re filling can’t be understated.”

McKenney-Heath said while the menu was inspired by several styles of Asian cuisine, it also has a touch of modern flair.

“The Pad Thai and Drunken Noodles have quickly made themselves favorites among our guests, and the Thai Donuts have won over everyone who has tried them,” she said.

Guests who dine in can experience a laid-back atmosphere designed to be relaxing and welcoming to all, McKenney-Heath said, whether you’re dressed up for a night on the town or in a t-shirt and jeans.

McKenney-Heath said owner George Tanchevski, who owns the restaurants managed by Local Cantina Group, collaborated with the chef at Jonys Sushi to develop a menu for Běndì Wok N’ Bar. The chef, she said, has a special passion for Thai food.

“Of course, we also secretly wanted to create a place where we could get the best Pad Thai in the city,” she said.