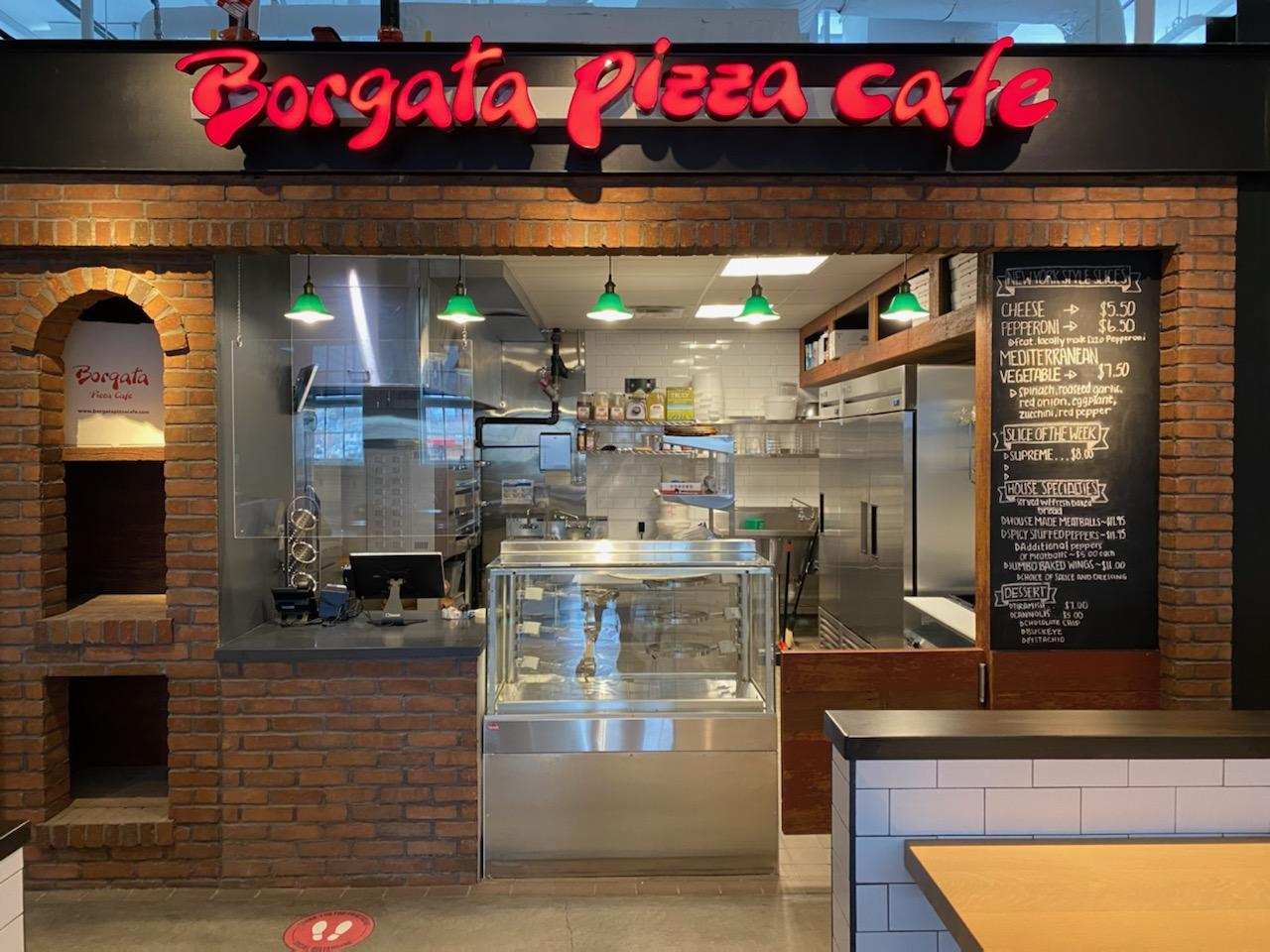 When leadership at Cameron Mitchell Restaurants reached out to Borgata Pizza Cafe and left a card, co-owner Ed Bisconti had what some might define as an unorthodox response.

Figuring the restaurant company was trying to sell him an old restaurant or equipment, he threw out the business card—on not one, but two separate occasions.

“I had no idea what Cameron Mitchell Restaurants wanted with us at Borgata,” Bisconti said.

But CMR staffers were persistent, and when they finally tracked down Bisconti, he was very receptive to their pitch for Borgata to serve as a vendor at the upcoming Budd Dairy Food Hall.

Now that the food hall is open, Bisconti said the location—Borgata’s third—will give the eatery a chance to get its brand out to a wider audience.

“I think it’s going to allow us to grow our brand,” Bisconti said.

When the food hall opened April 6, there was steady traffic from patrons right up until the space closed at 10 p.m., Bisconti said.

“The food hall was very well received,” he said.

Many visitors, he said, hadn’t yet heard of Borgata.

While the new spot is poised to introduce Borgata to a variety of guests, the space itself does limit what’s on the menu. Borgata’s space at Budd Dairy only measures 271 square feet, Bisconti said. As such, only the eatery’s most popular items are available: There’s pizza by the slice, meatballs, spicy sausage-stuffed peppers, wings, cannoli, and tiramisu.

But Biscoti said he hopes to take advantage of late-night business at Budd Dairy.

“It’s been a great experience,” he said.