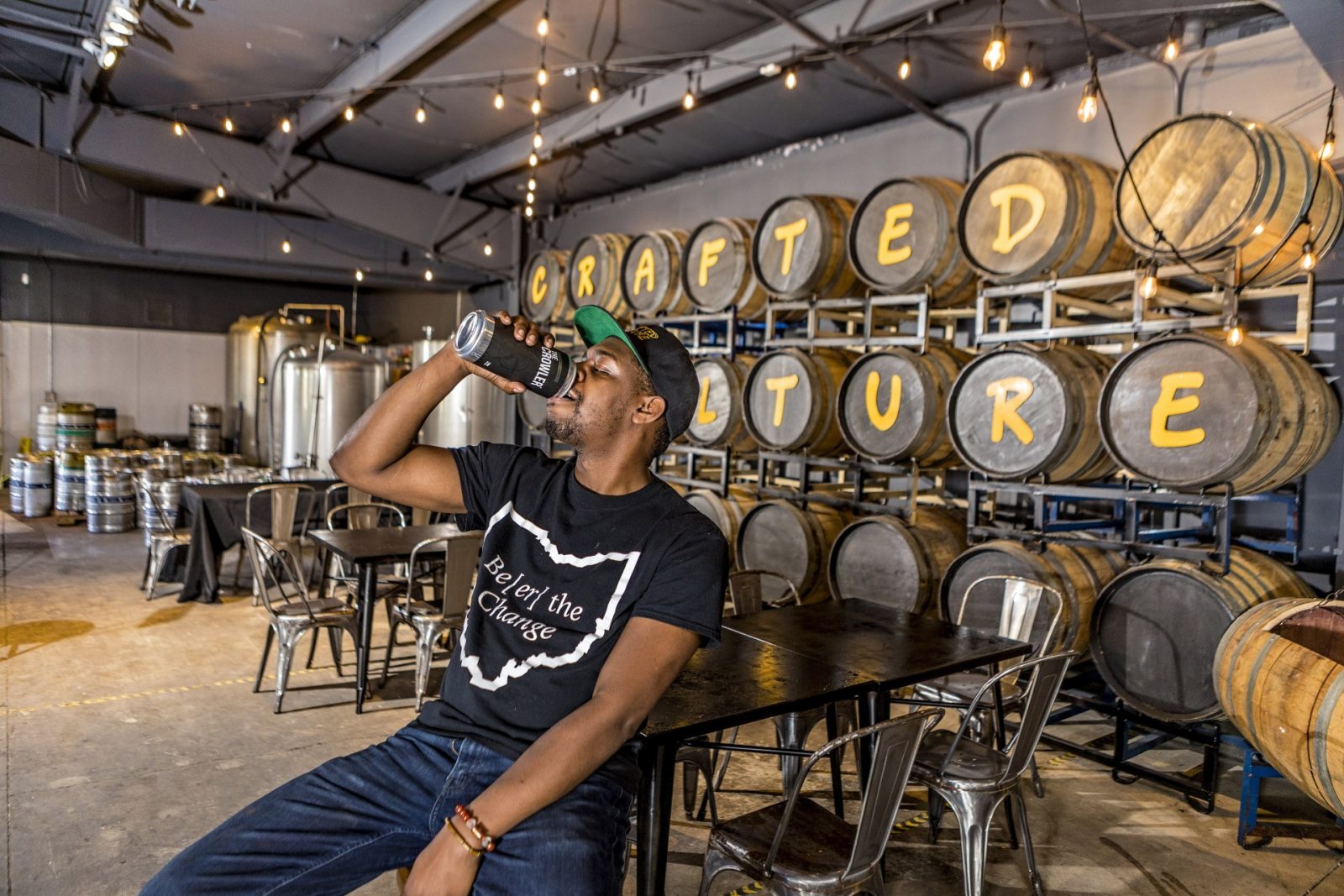 What’s on Our Plate

“I don’t give a damn if you don’t believe in putting fruit in beer,” Anthony Perry Jr. said fervently, stiffening his posture for a second. “If I want to put strawberries and Cognac in a doggone cream ale, then I’m going to do that. Because there are people who want to see it.”

If you couldn’t already tell, Perry Jr., the owner of Crafted Culture Brewing in Gahanna, doesn’t have time to care about what the beverage industry says his new brewery (which opened officially on Feb. 27) should be making.

And he has good reason to feel this way.

Crafted Culture is the first Black-owned brewery in Central Ohio. For Perry Jr. —and his team of Zac Baaske and Peyton—beer represents so much more than malt, hops, yeast, and water.

It’s a catalyst for change.

“There are five Black-owned breweries in the state, so there are a few of us, but in my opinion not enough,” Perry Jr. said. “I mean, there are 50 breweries in central Ohio. There’s room for a couple more to pop up from some people who look like me.”

Crafted Culture aims to make this a reality. It starts with their motto: “Beer the change.”

“We are intentionally seeking out those minority individuals to come in here. We’ll teach you this industry if you don’t know it. We’ll embrace you if you’ve known it all this time and no one gave you a second look,” said Perry Jr. “I’ll say it until I’m blue in the face. We’re going to utilize this industry to help give voices to the LGBTQIA members of the craft community, the women, the African American voice, the Latinx voice, every voice that hasn’t been heard in beer. Just step up; we’ll be the megaphone every freaking time.”

And this ethos comes across loud and clear in their beer as well.

A style the brewery plans to focus on, golden ale, is likely the best way in beer to showcase variety. While still imparting its own crisp and refreshing flavors, its light body doesn’t normally overpower other ingredients. It serves as a canvas, allowing bold and unique flavors to step into the foreground.

Another early Crafted Culture beer, brewed in collaboration with Endeavour Brewing and Spirits, carries a more direct message. Code Switch is an uncompromising golden ale made with the addition of rosemary, thyme, sage, and bay leaf. It takes its name from code switching—the act of adopting a different style of speaking or acting in the face of social pressures.

“I think it’s important people see that at times you have to put on a different face to cut your teeth in this industry,” he said. “We’re two brands that have had to do that. So let’s really poke fun at the fact that we’ve had to be somebody else in order to pull off things in this industry.”

And while there’s exhilaration and opportunity that come with Crafted Culture’s position as Central Ohio’s first black-owned brewery, there’s also, according to Perry Jr., the burden of precedent.

“It’s exciting to me, but it is stressful. The only reason it’s stressful, though, is because it’s hard to see when the next one of these is going to happen, right? You don’t see when the next person is coming. If this was a situation where I had three friends who were going to open their breweries, it would be a lot different,” he said. “The way it is now, I am the representation of African American craft beer in my city. But I’m ready for it. We’re ready for it.”