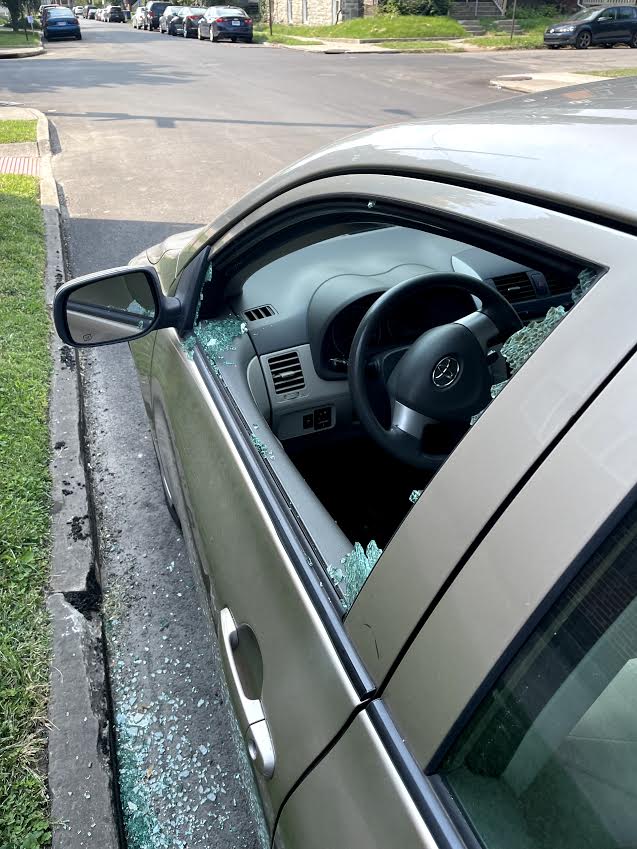 The Blessed Bakery is a Columbus non-profit serving up a variety of indulgent cookies—like lucky cereal milk, Oreo cheesecake, and buckeye s’more—all for a good cause. Their sales benefit the Columbus community as well as South Sudan.

Last weekend, however, someone decided to help themselves to their funds.

According to owner Keji Latio, the bakery, currently operating as a ghost kitchen in Canal Winchester, was robbed late Saturday night or early Saturday morning.

“On Saturday night, I decided to load up my car to head back to [the ghost kitchen] that night, but I had a change of plans and ended up just going in the morning. Everything was packed and ready to go, including our tip jar,” she said. “Then the first thing I see when I walk outside is my window shattered, and my things were everywhere.”

While not much of Latio’s baking gear was taken, what did come up missing was between $200 and $300 in tip money.

“We’re a non-profit and a lot of the time people tip us well,” she said, “I always split it among my employees. It’s money they count on. When I saw what happened I was shocked more than anything, but then my biggest thing was thinking that I didn’t want them to miss out on their money.”

And while the event will prompt Latio to be more cautious in the future, it doesn’t change her attitude toward the city she’s dedicated herself to helping.

“At  the end of the day I still really care about Columbus,” she said. “This isn’t going to change anything about that.”

Latio is currently fielding donations to make up for her employees lost tip money. If you’d like to contribute, she’s provide their Venmo handles below.

If you like this, read: Updated: Shots fired at Short North restaurant last night