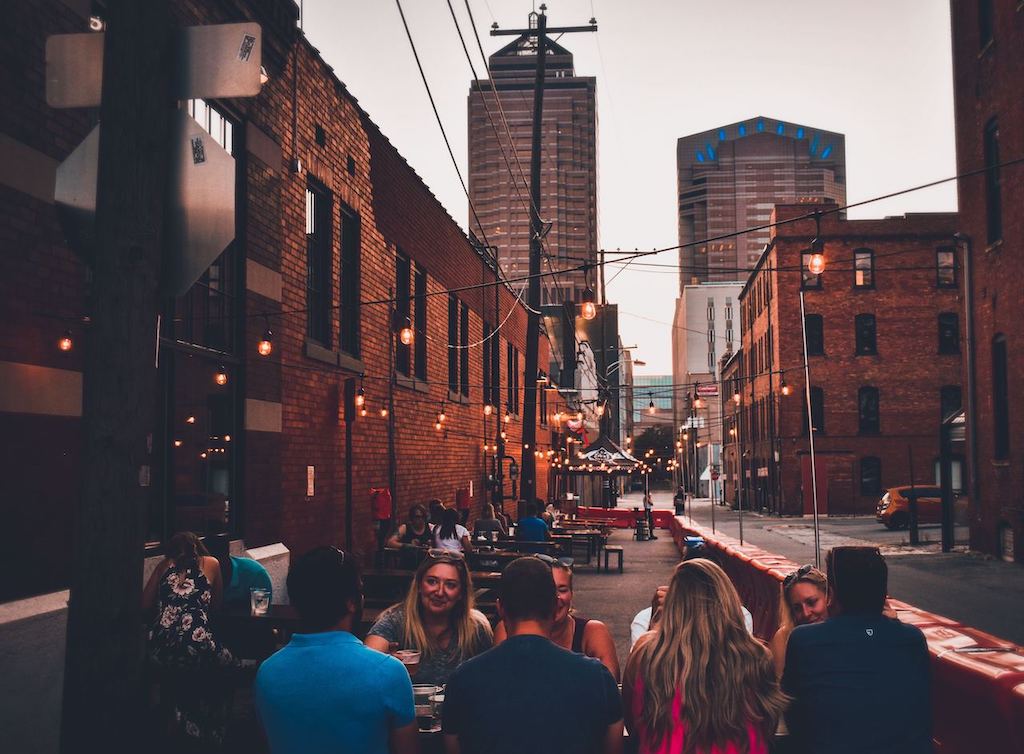 Late last summer, Wolf’s Ridge Brewing felt the heat. Not from the August sun, but from COVID-related business losses.

And it wasn’t until the city of Columbus approved an outdoor dining program for downtown businesses—allowing spots like Wolf’s Ridge restaurant to serve guests in approved outdoor areas—that owner Bob Szuter felt like he could take a breath.

“We had only a taproom open at the time, so [outdoor dining] actually doubled our sales,” he said. “It was huge. A lot of it was helped by nice weather for the last few months of the year, but we can’t understate how significant outdoor dining was for us.”

Last year, due to the pandemic, the city launched a downtown outdoor dining program, but it only allowed businesses to seat and serve outdoors for several months, and at the very tail-end of summer. While this year it will run longer—from the beginning of the spring through October—Wolf’s Ridge and other downtown businesses are hoping the city will expand outdoor dining even more, making the program permanent.

“It’s common in other major cities around the world; it’s just the expectation that you’re going to have some outdoor space in the summer and fall,” Szuter said.

“Downtown is really in a rough patch with traffic and workers not being here, but we’ve seen that [outdoor dining] has been really helpful in bringing a bit of energy to downtown,” Szuter said. “We are competing now with DORAs that are across the state, Bridge Park pulls people from downtown, and so do other areas like Powell and New Albany. If we’re going to try to compete with that, we need to make downtown a vibrant spot. It’s really critical for the success of the entire region; I want to make sure people aren’t forgetting about that.”

Wolf’s Ridge and other downtown eateries are joining forces with the Ohio Restaurant Association and appealing to important downtown groups such as the Short North Arts District and the city’s Special Improvement Districts.

“We’re engaging with these groups and will start working with City Council to see if we can get this on their agenda,” Szuter said. “It really is a win-win.”

If you like this, read: City Council approves legislation that allows for outdoor game-day drinking in the Arena District