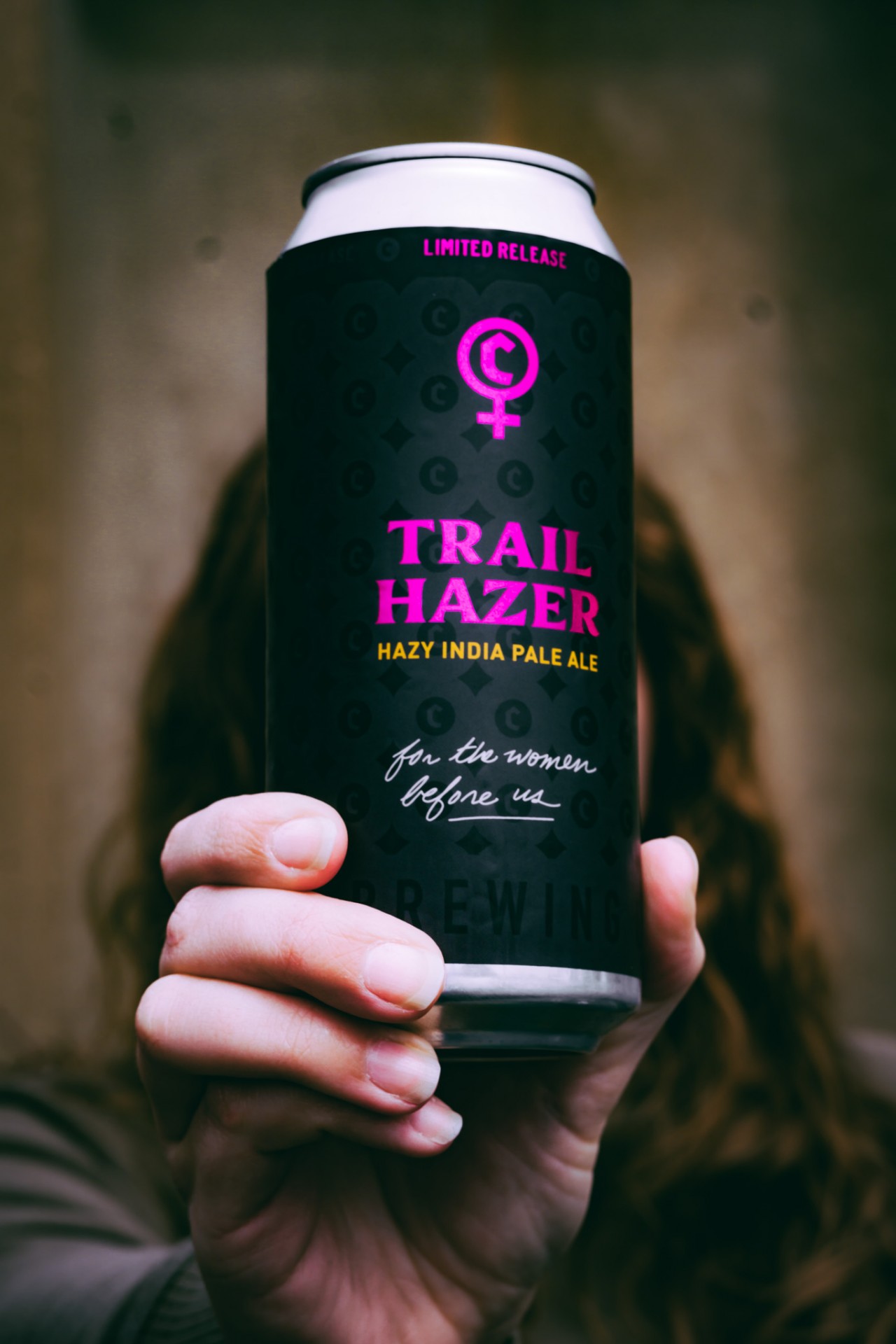 Spring has sprung, and it brought along these sweet treats

An unfortunate reality of the craft beer industry is the fact that it’s still dominated by men.

But one of the most iconic breweries in Columbus is doing something about this.

While the Columbus Brewing Company taproom is still closed for most purposes (due to COVID-19), it will reopen later this month to accommodate the release of two new beers—Trailhazer, a hazy IPA; and Slay on Saison, a saison with raspberry and lemon.

And according to Marketing Director Evan Magliocca, Columbus Brewing is using these new releases to give a voice to their own female brewers.

“We want to try and support women in our brewery,” Magliocca said. “It was women who work for Columbus Brewing who concepted and created this entire thing.”

Both beers are also made in collaboration with the Pink Books Society, a group dedicated to empowering female brewers through education, job information, networking opportunities, and more. To create their new beers, Columbus Brewing purchased a pre-selected blend of hops from the Pinks Boots Society—which will help fund its work—that was used in both brews.

This blend includes Cashmere, Ahtanum, Citra, Loral, and Sabro hops. And while more of these went into Trailhazer (as an IPA, it’s naturally a more hop-forward beer), Slay on Saison also prominently features the blend. A portion of the beer sales will also go toward the Pink Books Society.

But that’s not all Columbus Brewing is doing with their new beers either. According to Magliocca, craft beer marketing is also usually skewed toward men, and oftentimes this can preclude women from trying a new beer they might love.

“From our side it’s not just to support our female brewers; we’re also trying to market these beers more toward women,” he said. “We firmly believe there’s a beer for everyone. It’s been [a] male-dominated industry unfortunately, but we think there are a lot of women out there who like beer but just haven’t tried the right one yet.”

And did we mention there’s cheesecake?

Columbus Brewing will also be teaming up with the Hilliard-based The Cheesecake Girl for this special spring release. Their new beers will be available March 26-28 at the Columbus Brewing Company taproom, located at 2555 Harrison Rd.. You can reserve your own cans here.

But with great beer, an awesome cause, and cheesecake, you know things are going to sell out fast, so make sure to secure your own soon.

If you like this, read Nocterra to honor International Women’s Day with new beer series.