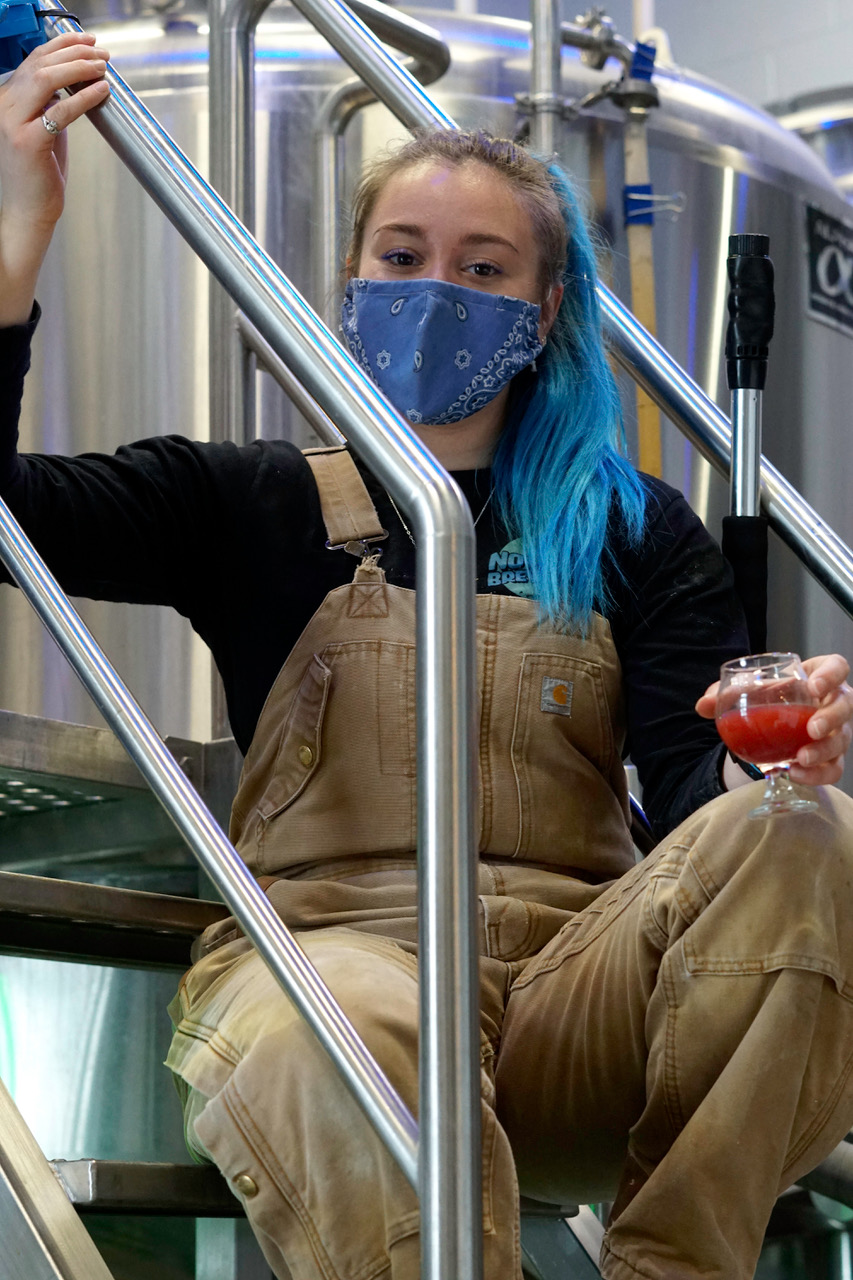 We’ll drink to that.

The beer, called Take a Hike, is a raspberry milkshake blonde ale. It’s made using lactose and real raspberry puree and is scheduled to be released on March 8. It will be available both in six-pack cans and on draft. What’s more, a portion of every sale—both retail and taproom—will be donated to the Women’s City Club of Delaware.

“When you have a business like this, you have a lot of people approaching you about helping out,” said James Knott, director of sales and marketing for Nocterra. “We wanted to be proactive and pick some places that are important to us; we wanted to make sure our efforts were spent on causes dear to hearts.”

Keeping with the cause this special release is supporting, Nocterra had assistant brewer Andrea Wertz take the reins on this beer.

“I feel super fortunate to be working here at Nocterra. Not only do they trust me with this, but they’re giving me the chance to have a platform, showing what women who are in all types of male-dominated work fields can really do,” she said. “It might even inspire someone to get into brewing.”

Wertz wants the inaugural batch of Take a Hike to be a beer that’s equal parts delicious and approachable.

“That’s what’s so great about it being a blonde ale, it carries a lot of flavors without being too overbearing,” she said. “I want people—even people who might not be into other styles of craft beer—to think it sounds great. I want this to be something people get excited about.”

The Powell brewery plans to brew Take a Hike on a semi-regular basis (with plans to maintain a permanent Take a Hike draft line in their taproom) and will continue to donate a portion of its proceeds.

Each iteration of the beer, though, will feature both a brand-new recipe and a brand-new cause.

In addition to supporting women’s advocacy groups, the brewery also plans to champion environmental and outdoor groups. In fact, the name for Take a Hike was inspired by the outdoors.

“When the shutdown happened everyone wanted to know what they could to stay busy,” said Knott. “And we thought we could go hiking. That’s the perfect socially-distanced activity. It’s something we love doing, and it just so happens to be the safest activity you can do right now.”