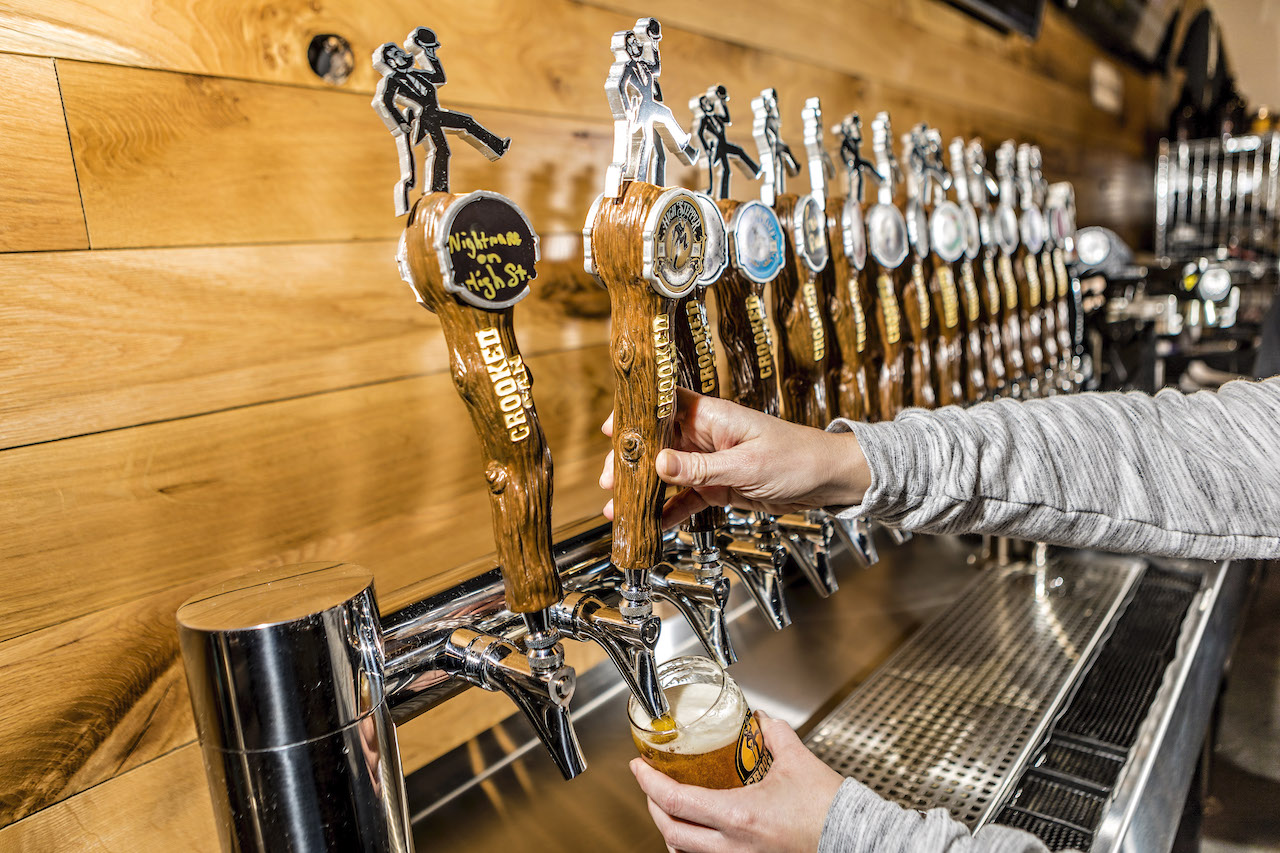 By Lindsey Escaja and Jack McLaughlin

Beer and pizza have a long-standing relationship that few are willing to disrupt. Some may flirt with a glass of wine, but only the rare, daring imbiber chooses to sip a cocktail alongside a slice. But enjoying a mixed drink with pizza is not something to fear—you just have to make sure the flavors of your drink go well with the toppings of your choice. Below are eight foolproof pairings featuring creative cocktails and bold brews to take your taste buds on an unforgettable ride.

1. Aperol Spritz from Coast House Wines with the Clintonvillian at Goremade

Fresh food just tastes better, especially wood-fired pizza that’s farm-to-table from locally sourced businesses. The unique, bittersweet taste and orange accents of the Aperol won’t interfere with the taste of this pizza pie. Instead, the subtle secret mix of herbs and roots makes these two the perfectly balanced combination, bringing out the surprising flavors of smoked salt and truffle oil in the Clintonvillian.

2. Statehouse from Wyandott Winery with the Bianco at Natalie’s Coal Fired Pizza

The old-world, New York-style pizza made in a unique, high-temperature, coal-fired oven can be paired with nothing less than a glass (or bottle) of fine wine. A blend of Cabernet and Merlot, Statehouse’s bold taste and hint of oak is the go-to for any white pizza.

3. Red Square Martini from The Bottle Shop with Mootz from Paulie Gee’s

Although Paulie Gee’s started in Brooklyn, we are thankful that they chose Columbus as their next city to open up shop. You can really taste the quality of the ingredients both Paulie Gee’s and The Bottle Shop use, and that isn’t the only reason why these two pair well together. The Red Square Martini’s fresh Horseradish-infused Russian Vodka and cracked pepper highlights the garlic in the pizza for one perfect pairing.

Get your Chicago-style pizza craving fulfilled without having to travel far. Sink your teeth into not one, but two layers of thicc, buttery, flaky pizza dough with mountains of mozzarella melted between them. While  New York City and Chicago  might be dueling  for the title of best pizza, the fight was never about their  cocktails. Insert the City Park Manhattan from Lawbird, with  black walnut bitters and cherry to bring out the flavor of this pizza’s rich, chunky tomato sauce.

It’s time the amber ale got its day in the sun. The subtle, malty sweetness of his underrated style pairs well with both the natural sweetness of Plank’s pizza as well as the hearty flavors of turkey, garlic, and bacon atop the pie. The surprising hoppiness of this beer (it’s a west coast amber, after all) also compliments the subtle kick of spice imparted by  the drizzle of chipotle ranch that tops this pizza off.

The pilsner and the New York slice are about as hand-in-glove as beer and pizza pairings go. Always crisp and highly drinkable, pilsners are a lighter option that allows the classic cheese pizza to take center stage. This pils is buffered by an addition of Michigan-grown Crystal Hops to give it a balanced, subtle bitterness that cuts through the heaviness of the cheese and plays nicely with the slight char Borgata gives its crusts.

Perhaps the best-kept secret about IPAs (and other hop-forward beers) is just how well they pair with spicy foods. And while this classic Brier Hill-style pie from Meatball Mafia offers more of a subtle heat, High Stepper accentuates the spiciness that is present and blends nicely with the flavors of this ulta-savory pizza. An upside to this pairing: Both spots are located within Hilliard’s Center Street Market, making it a one-stop combo.

It doesn’t get much more straightforward than this one: A traditional Columbus-style pizza (thin crust, square-cut) meets a true, Columbus-made whiskey. While any whiskey will make for a nice pairing, the addition of rye in this Middle West creation imparts spicy notes and a drier taste, both of which work exceptionally well with the robust flavor of the pepperoni.