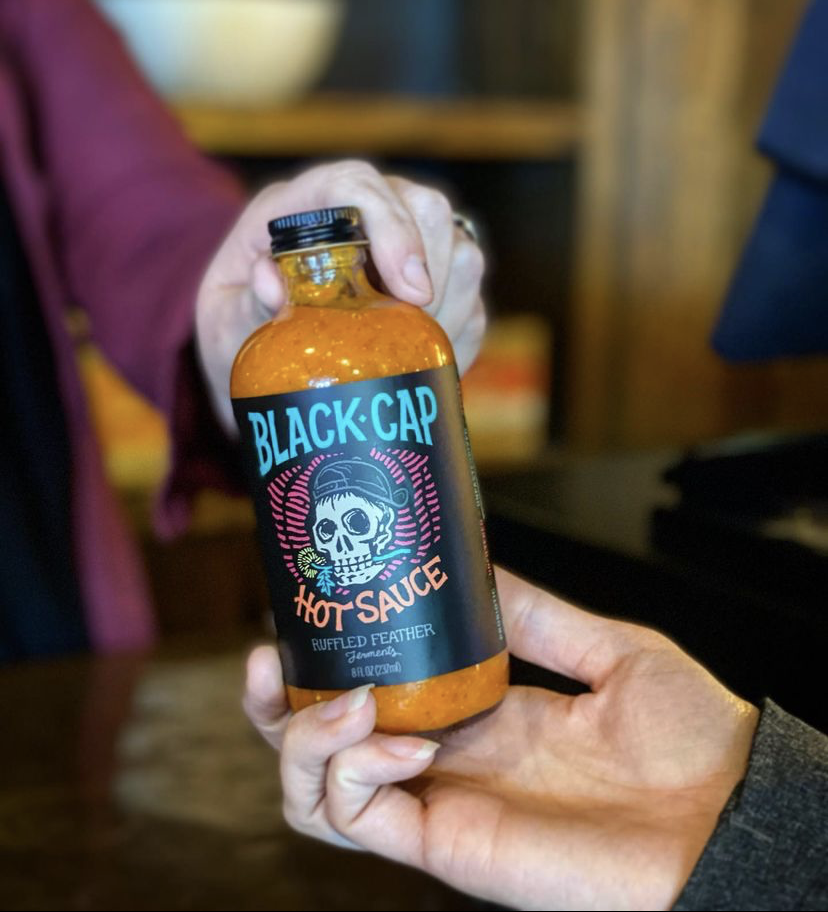 Jack Moore, who has served as Executive Chef at Watershed Kitchen & Bar since 2017, is leaving the eatery, but that doesn’t mean he won’t remain a fixture in the city’s bustling food scene.

Moore recently launched his very own line of artisan hot sauces under the name Black Cap and will be striking it out on his own, for now at least, to establish his brand.

“For me the ability to add flavor to anything you’re eating is one of the draws of hot sauce,” he said. “You hold the spiciness level in your hand. I love the nuances of it too, you see such a wide range of flavor from the ingredients, from the chilies, and it’s just so interesting.”

According to Moore, he found time to focus on Black Cap during the pandemic, and even utilized the Watershed kitchen as a makeshift headquarters, which he will continue to do, for the time being.

“I’ve always been a hot sauce fan not just because things are ultra-hot, but because of the flavor,” he said. “I’m putting flavor before heat, for sure.”