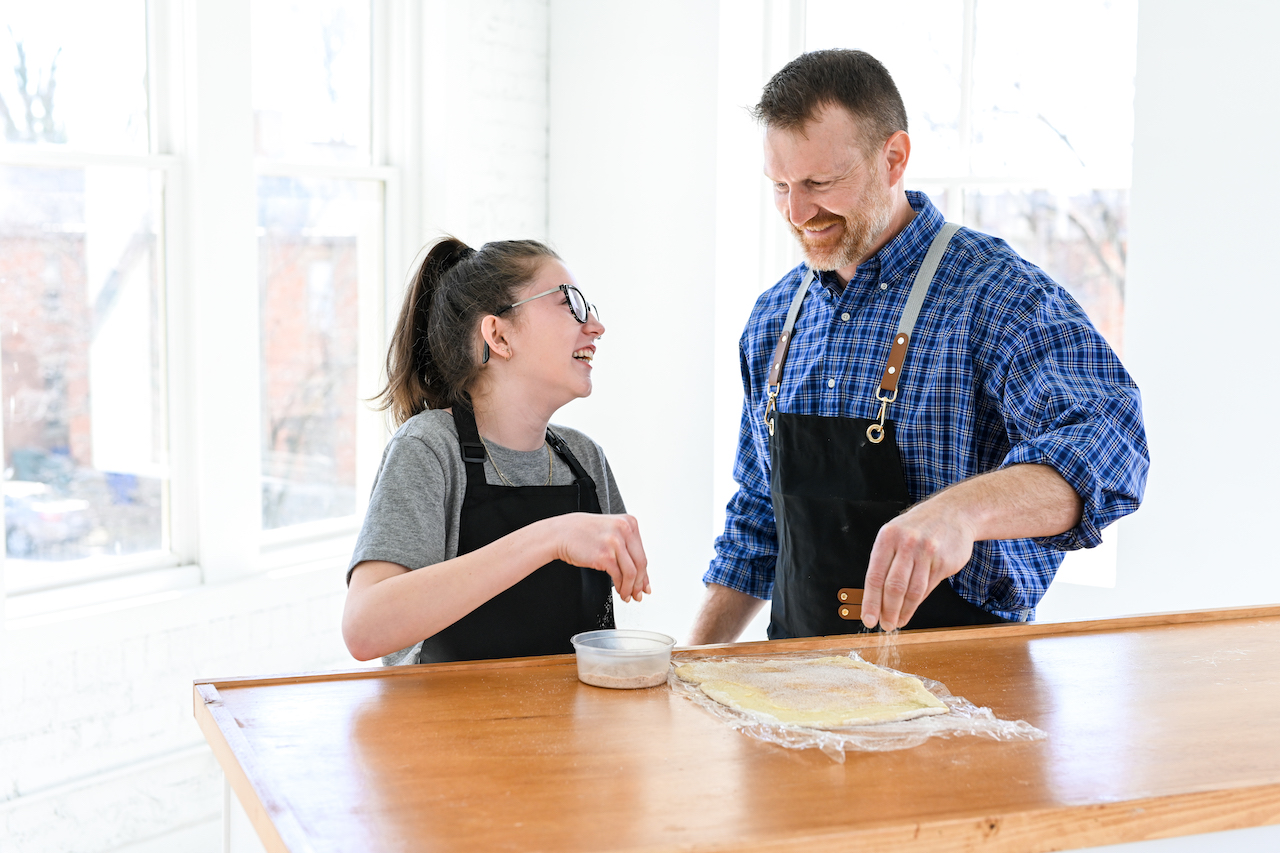 Pop-up bakery will get its own space

When Ania Whitacre was diagnosed with Celiac Disease five years ago at the age of 9, it was apparent that her life would be irrevocably changed.

“We are a one hundred percent gluten-free household,” Shane Whitacre said. “Even when my daughter’s not here, I’ll make a gluten-free baguette. I won’t even think about a recipe with gluten, because that’s just the bread that I crave now.”

And for Chef’s Table—which opened in 2016, offering gourmet meals prepared in diners’ homes by Whitacre and other top-tier chefs—the process of embracing gluten-free eating was gradual and organic, taking place over several years. Today, while the company’s other chefs prepare food traditionally, everything that Shane cooks up through Chef’s Table is entirely gluten-free.

“That’s the goal really, that everything we create is as good as its gluten counterpart,” Whitacre said. “I’ve had gluten-free bread, pasta, danishes, cream puffs—you name it—at my dinners. And nobody has realized.”

And after COVID hit last year, when many Chef’s Table services temporarily came to a halt, Whitacre ended up with an abundance of free time on his hands—time he poured into developing the best possible gluten-free baked goods. This eventually led to monthly drive-though pop-ups in Worthington for their gluten free goodies, headlined by baguettes, eclairs, and one of their newest and most popular items: gluten free cinnamon rolls.

Ania remembers her first bite of these as well.

“It was kind of like a wave of relief knowing that I don’t have to be missing out on all of these foods I really loved anymore,” she said. “Because to me they’re comfort food in a way, but even more so than a normal person. And now that I can eat them, they taste 10 times better.”

But these new cinnamon rolls didn’t just come out of the oven great; like anything that’s worth it, their recipe took time to develop. And luckily, that was something Whitacre had lots of last year. He took on the delicate, often painful process of tweaking ingredients and retooling methods before trotting out the final version.

“It really comes down to recreating everything you know about traditional baking. Forget about it, it doesn’t apply,” he said. “First, the yeast and water ratios are way different. And then there’s the unique flour blend that only I make; you can’t just pick it up off the shelf. But the technique is even more important: how dough is proofed, how it’s baked, how you have to handle it. Even the way you roll them out is so much different.”

For Shane and Chef’s Table, though, all the hours in the kitchen calibrating this recipe and others were ultimately worth the effort. Because first and foremost, his gluten-free focus was inspired by his daughter.

“As a parent you want the best for your kid,” he said. “I feel fortunate that I had a culinary background, so that what I could offer just so happened to line up with what her needs were. It feels great to be able to help.”

And now his cooking benefits more people than just Ania. Many more. Shane Whitacre has been reminded of this countless times by thankful patrons who want the best for their gluten-intolerant children, the same as he does. And for him, that’s a great feeling too.

“I’ll get emails from parents in a similar situation. They have kids with Celiac. People tell me that something I’ve made for them that was a family tradition they had for years, but just couldn’t recreate it gluten-free,” he said. “It’s meant so much to them to be able to bring these traditions back. To enjoy them the way they remember them.”