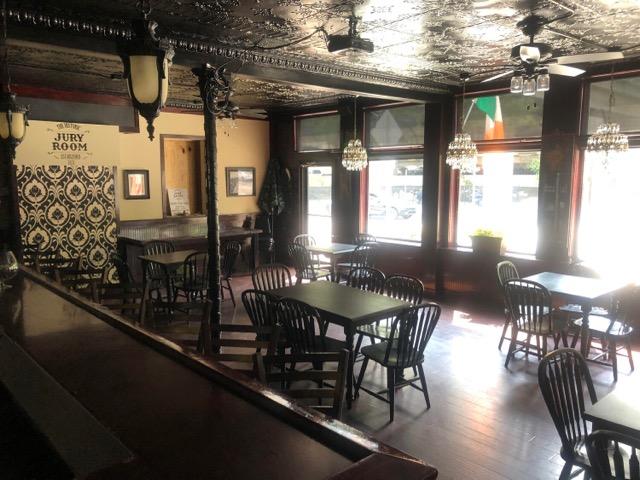 How fast can you Sheetz?

Since late 2018, the Jury Room has operated as a private event space.

Beginning the week of March 9, Columbus residents will once again be able to sit down at the 22 E. Mound St. bar and enjoy a drink.

Megan Dempsey, who owns the Jury Room as well as the nearby Dempsey’s Food and Spirits, said she wanted to time the Jury Room’s opening alongside the reopening of Dempsey’s, since guests will be able to get food delivered to the Jury Room from Dempsey’s.

The Jury Room will be open Thursdays, Fridays, and Saturdays initially and will still be available for private rentals, Dempsey said. The goal is for it to be a neighborhood pub for downtown residents.

“I really think it will work,” she said.

Built in 1831, the Jury Room is one of the oldest buildings downtown, Dempsey said.

A few years ago, her husband Mark, who died in January 2020, began renovating the building’s second and third floors as a residence for the two of them.

“I was a little full of trepidation at the time” Dempsey said, because of the building’s reputation for ghosts.

While the Jury Room was a popular nightlife spot in the 60s, 70s, and 80s, business had fallen off more recently, Dempsey said, when the space had under the previous owner been called The Blind Lady Tavern.

The couple opened the Jury Room in late 2018 as a private event space, and also used a newer part of the building as an AirBnb, Dempsey said.

“Dempsey’s was Mark’s, and the Jury Room has always been my baby,” she said.

Dempsey and her husband had talked about opening the Jury Room up for bar business in between private events. It wasn’t until the pandemic that the idea took off though, when Dempsey had her kids and their friends in the bar this past fall in between booked events.

“It’s such an interesting, cool, gem of a space,” she said.

Now, Dempsey said she wants the Jury Room to have the look and feel of an Irish pub. She said she’s brought some things over from Dempsey’s because the two outfits work well together.