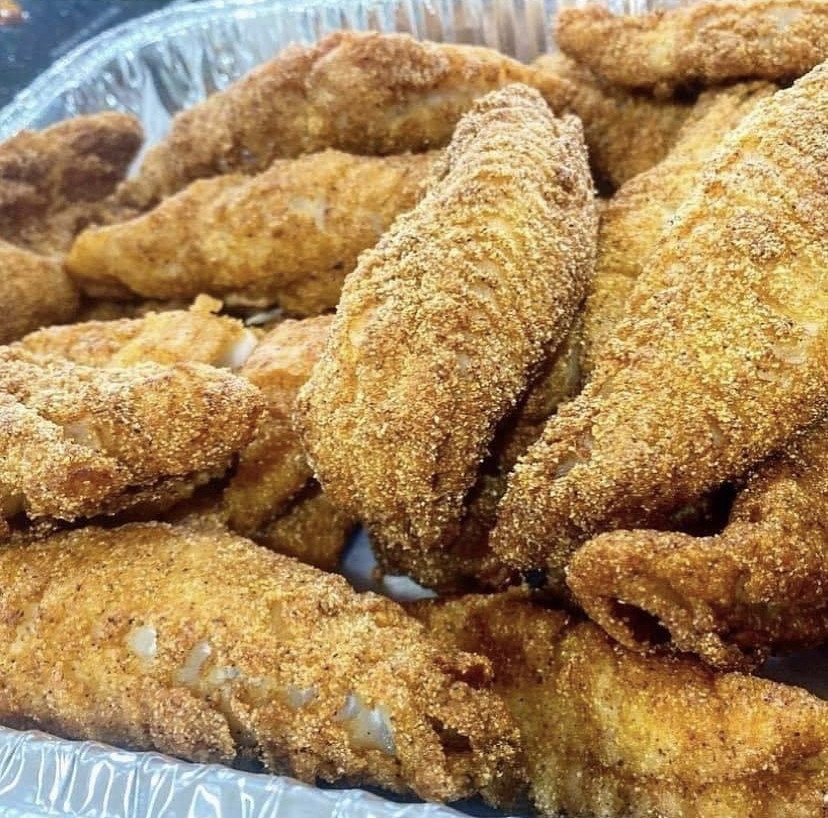 It started with a fish fry.

It was led yearly every fall by Lance Burgess’ uncles, until eventually he took the reins, making changes that would set him on a trajectory to ghost kitchen greatness.

But before the ghost kitchen, Burgess was upping his family fish fry game: He changed the recipe and switched up the seasoning.

“…the backyard Fishfry became an event that everyone talked about year round,” Burgess said.

After a popular fish fry fundraiser for his daughter’s basketball team, Burgess began hearing from his faithful fish fry followers that he should consider going into business.

“I jokingly created a Facebook page using the name “L.B’s Golden Fried Fish N’ Chicken,” Burgess said. “I posted pictures of the fish I would fry around the house. The Facebook page grew amongst strangers, and the page began to gain hundreds of followers.”

What began as a lark soon led to the founding of a brand new ghost kitchen. And since L.B’s began operating in February out of the Food Lab at 1400 Dublin Rd., the ghost kitchen has enjoyed considerable success.

“Popularity has grown every week since joining the food delivery apps,” Burgess said, as well as Facebook pages.

Burgess said he hopes to continue building his customer base and perfecting his menu to eventually grow into a small storefront restaurant with a food truck.

“We are referral based and look forward to those that enjoy our food sharing their experiences with their family and friends,” he said.