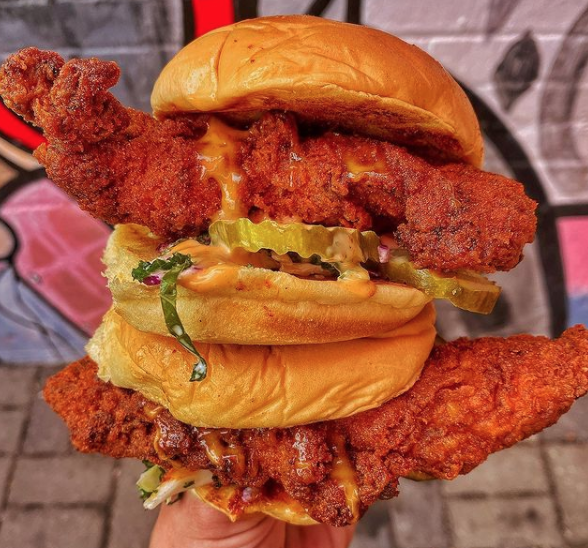 Columbus, we know you like your hot chicken, and now you’re about to get even more of it.

According to a Franchising.com article, Dave’s Hot Chicken will open 13 locations in the Columbus area.

Dave’s representatives told us that site selection is underway and the group can’t share too many specifics yet. They said they anticipate the first restaurant to open later in 2021 or early 2022.

The plan is included in a franchise agreement between Dave’s and Tyler Freeland, Todd Hollman, and Matt Fortney to open 28 locations in Indiana and Ohio.

The Nashville-style hot chicken outfit started out in East Hollywood as a pop-up slinging tenders, sliders, fries, and kale slaw. The first restaurant opened in January 2018.

Now, Dave’s offers tenders and sliders on a heat scale ranging from no spice to Reaper, with sides including mac & cheese, kale slaw, fries, and cheese fries.