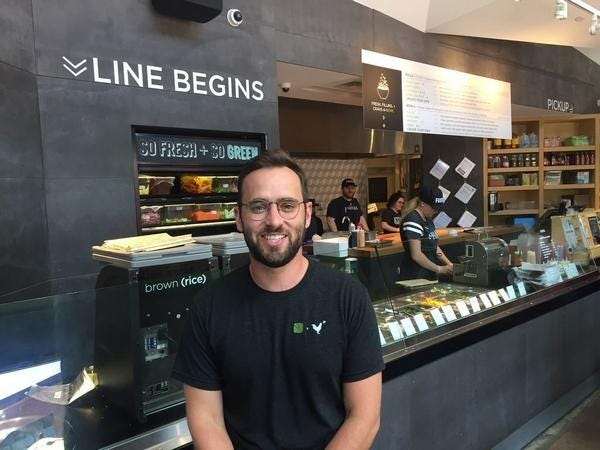 FUSIAN now has enough Columbus locations to give a high-five.

The popular fast-casual sushi eatery has added Westerville and Dublin to its locations in Easton, Grandview, and Clintonville.

Co-founder Stephan Harman said the FUSIAN team quietly opened the Dublin location, at 7721 Sawmill Rd., at the end of November, and the Westerville location, at 79 S. State St., in mid-December.

“We’ve been looking at Dublin and Westerville for years and years,” he said.

Both locations were formerly occupied by the now-defunct Pizza Cucinova, owned by Sbarro, Harman said. Since the spaces were designed to work as fast-casual models, FUSIAN was able to easily adjust them for its own concept.

“We’re excited to grow here in Columbus,” he said.

The new locations also have allowed FUSIAN to provide jobs for displaced restaurant workers, Harman said. They have employed 60 new employees total for the Westerville and Dublin spaces, and over the last year they’ve developed an in-house delivery fleet for their orders.

While FUSIAN now has five locations, Harman said the eatery is still looking for opportunities to grow within the Columbus area.